on January 11, 2023
Nami Island is a small island located in Chuncheon, South Korea. Featured on the famous Korean drama, 'Winter Sonata,' it's quite a romantic destination. 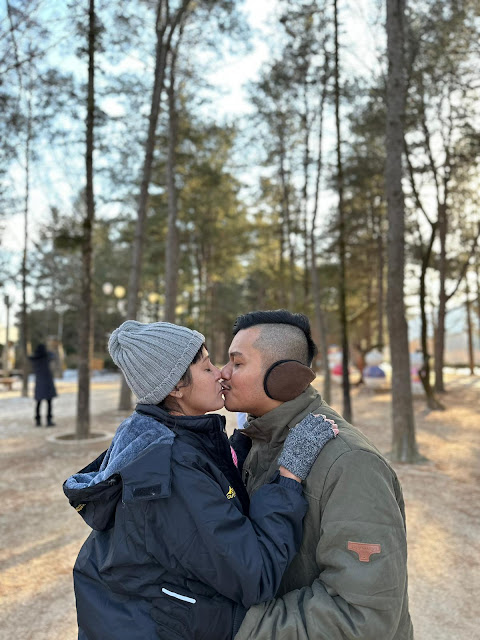 Nami Island declared its cultural independence from South Korea in 2006 and is now recognized as a micronation with its own flag, currency, passport, and national anthem. You actually need an “entry visa” (it comes with your ferry ticket) to go there (don't worry, no need to bring passport). 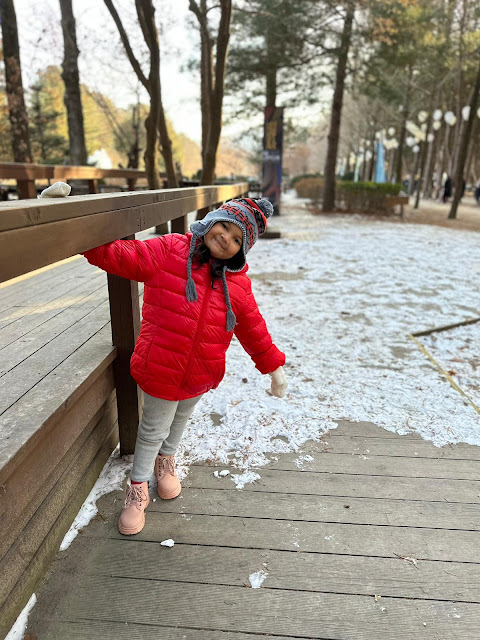 You cannot drive to the island. You need to park at Gapyeong Wharf (that's about 1.5hrs fdrive from Seoul), then take a ferry to Nami Island. It's a short boat ride across the river (like 5 mins) and the fare is 16,000 won (round-trip). 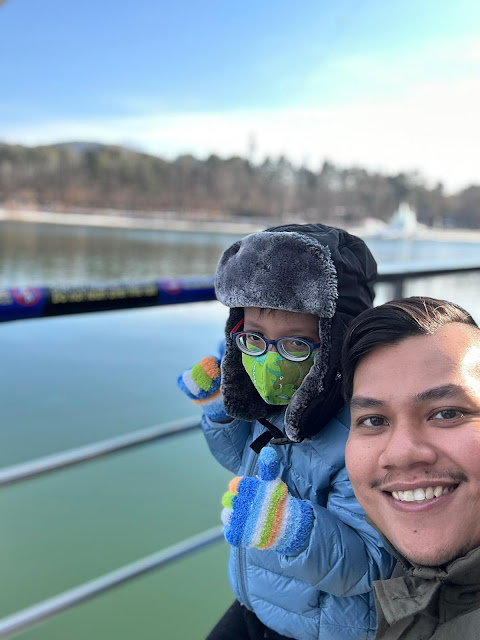 You can also zip line across to the island. 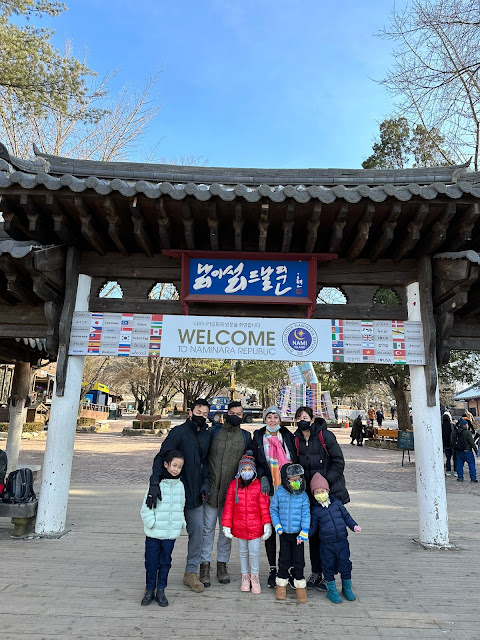 The grounds are vast, so it didn't feel too crowded (despite ferry loads of people arriving every like 20mins). 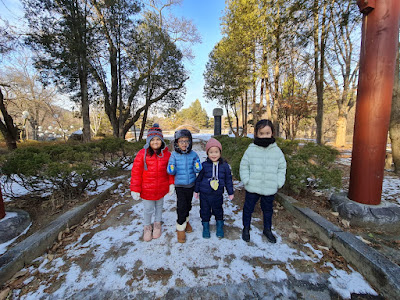 You can explore the island by train, bus or on foot. We went on foot, and with small kids... we barely covered like 1/4 of the island... possibly even less lol. 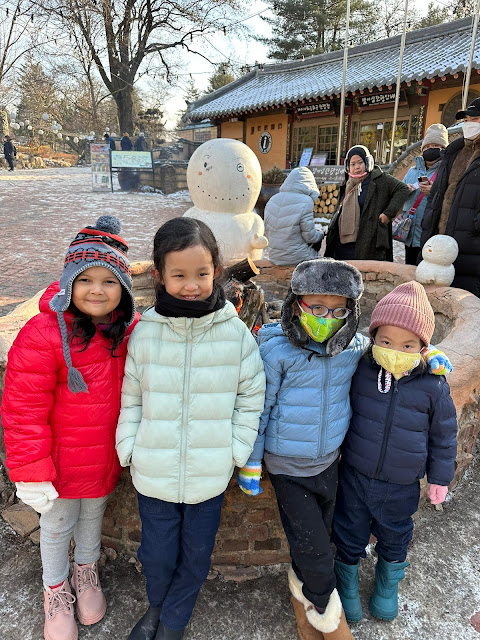 Which is fine, because you don't have to walk far to enjoy the picturesque gardens, snow, and wild life. 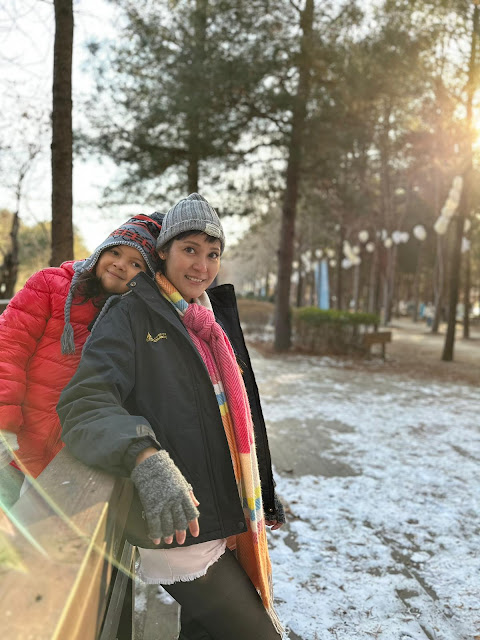 There are a few shops/food places on the island. And clean toilet facilities. 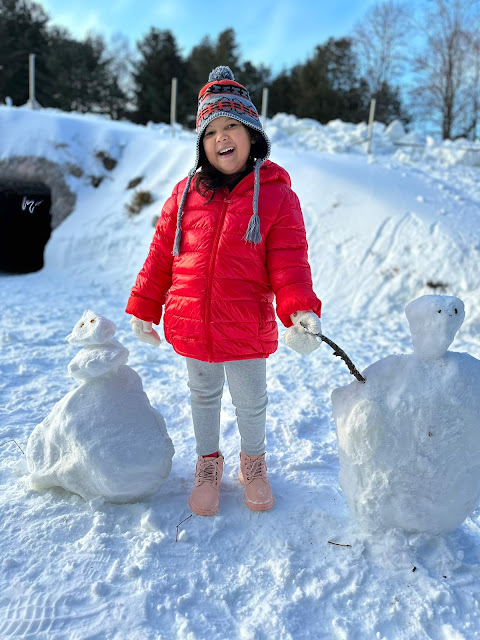 I think the best snow fun the kids had on this trip was on Nami Island. It was cold, but not the harsh *want to die* kind of cold (which we later experience at vivaldi's  ski slopes lol). 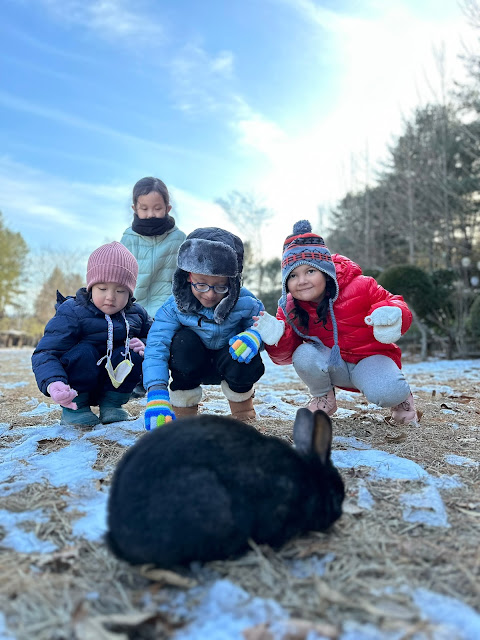 An enchanting island, not terribly far off from Seoul. I think it's worth visiting Nami Island when you're in Korea. Especially in the spring or autumn seasons, must be even more beautiful then.
That about sums up our wonderful Korea holiday over Christmas :)
Here are links to all the posts (click to read):
Bare Your Seoul
That's My Jam
A Whole Lotte Seoul
I'm Mutts About Seoul
Seoul Crushingly Cold
Heart & Seoul
A Little More Seoul