I watched it almost a week ago with Adamson. Before it was on the leaderboard... it was because we had nothing else to watch on Netflix. (The second seasons of Lupin and The Naked Director quite yucks ah, compared to the first seasons. So I didn't get past the first episodes for both those titles. Still waiting for new season of Kingdommmmmmmmmm).
Sex/Life started off promising. It's was exciting... like oooh sex... and sneaking around/cheating *tsk tsk*!
The story line centres around Billie (Sarah Shahi), a surburban mom, who is married to finance guy Cooper (Mike Vogel). They have a toddler and a baby. And understandably (with a newborn) married life lacks sex and she starts fantasizing about the sex she used to have with Brad, her Australian ex who is a music producer... who happens to have a super huge penthouse with roof top pool… in New York.
Choosing between - (great) Sex or (family) Life. Billie asks the age old question “Can a woman have it all?”
Billie who never grew up 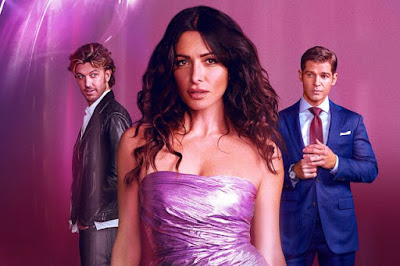 Oh Billie. Being all woe is me!! FFS your husband is handsome and hot as fuck. Has a good career and is a family man. He’s not abusive. You live in a beautiful home. You’re a stay home mum and yet have people to do the housework and can get nanny’s help when you need, so you’re not trapped (except only in your chronic sense of entitlement) . And then instead of counting your blessings, you decide to only remember the good sexy bits about your ex and repeatedly write about that on your laptop using like Microsoft word… and not take any precaution … at all.. to keep those words away from your husband. Again and again. You don’t know how to use a password? Or are you the kind that just needs drama in your life?
The other main characters are her husband Cooper, and her ex BF Brad.

Brad and his Magic Fingers 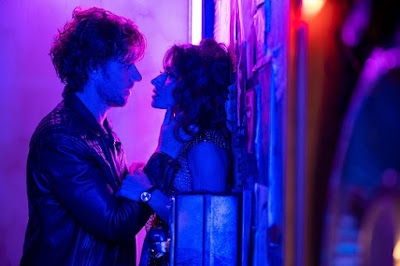 Almost every sex scene with Billie, he slips his hand in her pants and within seconds shes moaning! Wtf (even though the position and angles of his hand don't look right enough to make sense in reality… like no way that’s gonna get the right spots and no way his fingers would have the wiggle room or that kind of dexterity. Who is he? Gumby?!). But what do I know… apparently he can even make her orgasm using his fingers within a very short elevator ride. (Me thinks somebody's fakinggggg).

And I don’t see the appeal of Brad (played by Adam Demos). He looks like a bum. I would understand he was casted because of his Dirk Diggler penis. In which case, they should have put more scenes of that in to appeal to the female viewers. Unfortunately there's only scene where we see his penis, that's when Cooper (who has been stalking Brad) goes into the gym shower to check out his competition... and he's shook when he sees how well endowed Brad is.

Oh, but ladies, here’s the spoiler. It turns out Adam Demos doesn’t have a giant shlong after all. It’s all prosthetic. Mehhhh … 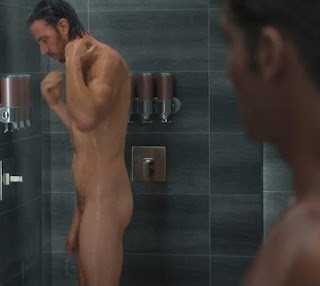 And the same goes for Billie.. all the ‘current’ naked scenes were prosthetic boobs because they had to show change as she’s a breastfeeding mother hence the fuller boobs. So only the flashback scenes were her real boobs. You would think that if they went into those kind of detail then they would at least try to make the characters looks 8 years younger in the flashbacks, but nope they all look the exact same as current day. Maybe cos they too busy making dicks and boobs lol. Great prosthetic team though!
Cooper the Ken Doll looking man 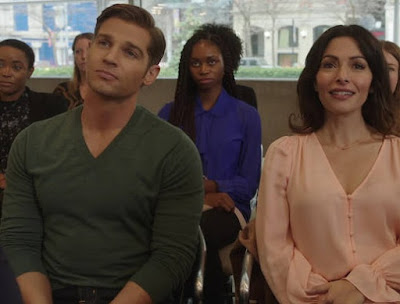 Dude. You hot. I was rooting for you because you have the makings of an ideal husband. But you also kinda loser with the way you handled all this nonsense from your wife. Stalking Brad like a real crappy private detective ... aiyoh... And then giving Billie chance after chance even though she keeps disappointing /lying /fantasizing about Brad. Your character is frustrating.

All the sex scenes (granted there's quite a lot of them) were so so. Billie’s erect nipples and all 3 of their bums mostly. Very repetitive, after the first couple of episodes, it was like *eye roll* here we go again with the same ol' sex scene.. we continued watching because we wanted to see how the story would go (it was still promising).
The sex scenes from 50 Shades were far more titillating. So if you want like soft core porn and fantasy sex, 50 Shades movies are better at that. I found them quite the turn on.
Then, it got worse towards the end, because the sex scenes are nothing to write home about (2 young tasteless classless horny people who just want to bang each other and fake orgasms)... but then the plot trajectory became pointless too. But we were already so many episodes in... also, there's nothing new on Netflix to binge on, so we finished all 8 episodes (or was it 9?).
They kind of ended it with like some bait for season 2… because it seemed like all is fixed with her marriage… but then in the final moments, she says yes she can have it all and then literally runs to Brad and asks for a good fucking.
So basically, what? NOTHING has changed then? And season 2 will be a repeat of all this nonsense?! I don’t think we will be sitting through that again.

Sure, go back to Brad and his magic fingers, and be treated like shit instead once things start getting real for him.

Anonymous said…
Haven't really seen this, gonna take a lot for me to watch it but i love Swingtown, very family oriented 🤣 (i know sounds a bit weird for what the show is about)
10:26 pm

Anonymous said…
holly do you ever look back at your life an adventures and get nostalgic? could you do a post on that, your greatest adventure. would love to read
12:36 am

Holly Jean said…
Hmmm at some Point of my life (like early 30s) I looked back at my 20s and those times of wild partying and did feel nostalgic… those crazy adventures…. But then since my late 30s onwards, I’ve never looked back at those days with the same kind of fondness anymore… in fact it’s more like no time to reminisce even hahaha.

But off hand I can think of a few funny adventures my friends and I got up to in our early 20s and yeah that wld be fun to share. Will do soon!
3:12 am