on March 07, 2016
Some time ago, my brother and his wife adopted a cat. They named him Sembene. 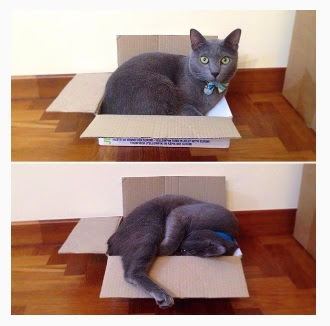 ﻿
﻿
When they brought him into their home, he was already an adult cat ( I think 6 years old, I may have gotten my fact wrong on that... am so forgetful. But around that age.. because I remember he's around same age as my dog Lola). So it took a while to get him out of his shell.

Every now and then, I have a nosey on instagram ( #theCatSembene ) to see what Sembene is up to because he's such a character. And it's great to see him looking so happy in his new home.

If you have space in your world for a furry friend, adopt a pet. They bring so much joy. That's my share for today. :-D