Is Cheating Ever Okay?

on May 11, 2015
Just a thought.
Do you know how many of your previous partners cheated on you while you were in a relationship with them? I know of a few and I don't think I deserved to be cheated on by them...
But, I was speaking to my ex, GB the other day, and he was telling me that a friend of his (whom I know as well) is being denied sex from his wife. And he told his friend that if he is being denied at home, then look for it elsewhere. I don't condone cheating, but I also think it's unfair of her (or anyone) to deny their spouse sex, and then expect them not to have their needs met elsewhere. Don't you think?
I know it's easy to say- oh, if you're going to cheat then, break up with them first. End the relationship if it's not right for you. Don't cheat on your spouse/partner. You're being selfish. 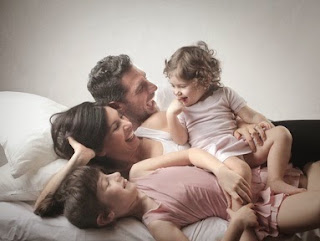 But what if they have kids... and an otherwise happy family? What if there's a lot vested in the relationship? What if they don't want to call it quits .. or see no reason to? Surely, discreetly having your physical needs met outside of the relationship can in a sense 'save' your relationship... right? And what she/he doesn't know, can't hurt him/her.
Cheating is wrong. But which is the lesser of two evils? To get your needs met elsewhere, everything else remains status quo... or to resent your partner for always denying you sex and then allow the relationship to crumble?
However, if your partner doesn't deny you intimacy, doesn't turn down your requests for sex, or better still, takes the initiative to make the first move.. yet you still indulge in extra marital temptations... that is just unforgiveable. Now you're cheating because you're just an asshole.
What do you think? Is cheating ever okay?
P/S- also, a word of advice... don't deny your partner sex or withhold it like some kind of power trip. It's not healthy. If you somehow lost your sex drive, have physical problems or have issues with the way your partner looks or whatever the reason, then find a way to fix it. Just avoiding sex is not a solution.. and if that's what you choose, then don't be surprised if he/she gets their needs met elsewhere. You had it first, but you didn't want it. Of course, it doesn't mean you need to be up for sex 100% of the time or need to be shagging like rabbits for your relationship to be okay... but generally, if you find yourself turning your partner down like more than 3 times out of 10, there's a problem. Pretty soon he/she will stop asking for it.. but that doesn't mean your problem has been solved.. within your bedroom.

David said…
Holly Jean, Cheating is never okay. If and when one chooses to cheat on the person one has made a commitment to stay with, to love and cherish. Cheating is the beginning of the end for many relationships. Cheating even once opens the door to cheating again and again. Cheating reveals a character flaw showing that the cheating individual is not really serious about a relationship and does not fully understand what being in a committed relationship means.

Cheating in marriage is the most serious offense. One violates the oath of fidelity most couples make during the marriage ceremony. A wedding is much more than a big party.

Many people, far to many do not full understand or appreciate what being in a truly loving and sharing relationship requires. True love requires selflessness from both people forming that union.

Nisha said…
I do agree that it becomes difficult if one party withholds sex,for whatever reason. Having said that, I don't think getting it outside the marriage discreetly is the answer. If you are doing it discreetly with your partner's knowledge and/or acceptance that's ok. It's something both have consented to. But not telling your partner at all. I can't condone that, even if sex is being withheld.
3:45 pm

Anonymous said…
I too am of the opinion that the option of seeking sexual satisfaction outside of home is off limits. Yes, it's unfair for the spouse to withhold sex. In marriage, there is no reason that can justify such a selfish act. In fact, marriage vows do extend the responsibilities of both parties to look into these needs.

Therefore in this matter, the deprived partner should refrain from engaging in a tit-for-tat. Exhaust all options to salvage the marriage. If the spouse won't budge, it just reflects how much this marriage means to him/her. The person affected could then consider the option of divorce, even though it may be hard.

My point is, yes do go out there and make yourself available again in the singles market.Find a new partner that's worthy, or simply just get some commitment-free sex if you must. But make sure you've made a clean break-up before that. Everyone deserves happiness.
9:32 am

Anonymous said…
People deny the other person of sex for many reasons - stress, medical issues, anger, frustration, unhappiness, pain, even the kids! - you get the drift. One would think that the deprived party would try to find out what is going on with their partner and help them through it so that both people can reach some sort of equilibrium and a happy/healthy sex life resumes as a result (that is why you are together right?), but oftentimes it seems the deprived person finds it easier to just blame the partner and go off in search of the gratification they have been so wrongfully denied. Makes you wonder who the selfish one in the relationship really is.
3:00 pm

Holly Jean said…
Hmm.. I'm not sure what I would do if I were I that kind of situation. But if I were just to offer advice to a friend, I wld say get it elsewhere (provided he/she tries to fix the intimacy problems within the marriage first) ... Though sometimes I can imagine it being a one man battle... And quite impossible to fix if the other partner is unwilling.
3:36 pm

Anonymous said…
I tend to agree with anon 9:32 -- Make a clean break up first, then go get that much needed fix elsewhere. Getting sex while you're in marriage is considered adultery from the marital law's perspective, and that is an immediate ground for divorce...with you being the wrong party. That's not what you'd want, because it's your spouse who's initially in the wrong for neglect of spousal responsibility, and it is he/she who must take the blame for the divorce. If you're a guy and you've been wronged, this is an important factor to consider, in order to avoid a costly divorce and maintenance in the coming days.

The alternative is of course, try and salvage the marriage through marital counselling.

Or... if they still decide to stick to the marriage for some reasons, they might want to consider doing up a formal agreement that both partners allow each other to find sex outside of marriage. At least, that document will protect both of them should the marriage breakdown in the future. (I'm not sure if this is feasible though)

Anonymous said…
What is the biggest lesson learnt that you have learnt from all the past relationships that you had before?
12:37 am

Anonymous said…
Holly, I'm curious to know your views on whether emotional cheating or sexual cheating is worse.
2:26 pm

Holly Jean said…
I'm not sure. Diffn lessons at diff stages of relationships. Maybe biggest lesson is if it's not working out, don't be in denial and make excuses for them. Leave and stop wasting time and effort on him
3:35 pm

Holly Jean said…
Not sure if it's my jealous nature but even emotional cheating is bad in my books. It's like why the fuck can't u make that emotional connection with me and just me?!

Sexual cheating is probably worse though cod it's so much more tangible .... Even if it's "just sex".

Saying that, i would dump the guy for either emotional or sexual cheats
3:37 pm

Anonymous said…
Was browsing through your blog and chanced upon this entry. Very interesting because it sounds like my situation and I do know GB and you met my husband before and the husband keeps in touch with GB so makes me wonder if the "denied spouse" in this entry is referring to the husband.

Anyway, even if it's not, thought it would be interesting to share another perspective from the "denier" aka me. I would have gone to the lawyer without a doubt had it not been for our daughter which made me think not twice, but probably a million times. How did we come to this stage? Well, I caught the husband messaging some slutty-looking woman late at night (many times), calling her "dear" and asking she asking him "how's your day" and what-not. He even went to her house before to do-what-I-don't-want-to-know-but-you-can-guess. They hooked up while I was expecting! Gave the husband a chance to explain but nope, he kept his mouth tightly shut. Say I'm petty, but I doubt any woman will be magnanimous enough to let things slide (and continue with the intimacy!) when they know their husbands have been indulging in filth outside when their wives are pregnant!

Ugh! I'm sorry to hear about ur husbands habits. :( totally see where Ur coming from
10:13 am