What Size is the Queen of England?

on October 28, 2014
I came across this UK newspaper clipping on the Internet yesterday. It's about.. well, mainly Kate's pregnancy but it also shows a picture of a recent visit by Singapore's President Tony Tan and his wife.﻿ 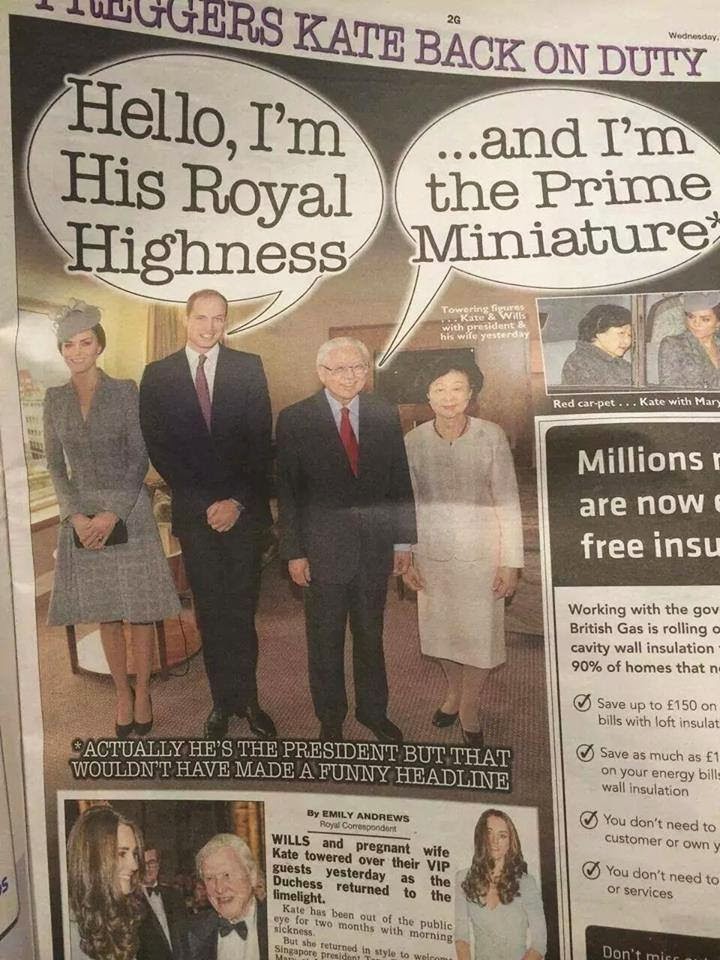 ﻿
The speech bubbles has Prince William saying "Hello I'm his royal highness" and President Tony Tan continues "...and I'm the Prime Miniature". Obviously a joke about the height disparity between the pair of juggernauts and the pair of petite Asians.

It's funny. Yeah, I suppose. The thing is, we laugh at ourselves and make spoofs like that all the time. example... our President looks a bit like Colonel Sanders... so we have a non malicious giggle over spoofs like the ones below: 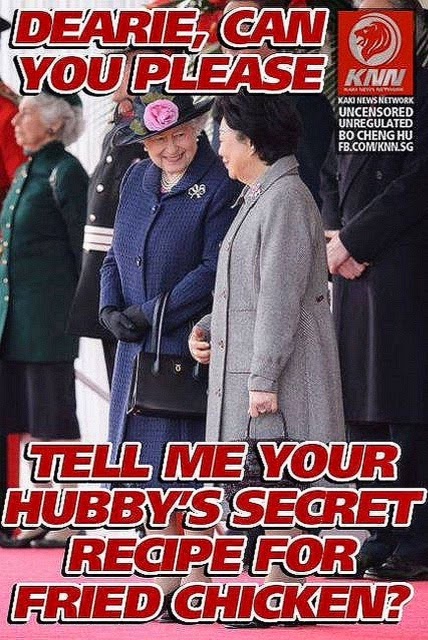 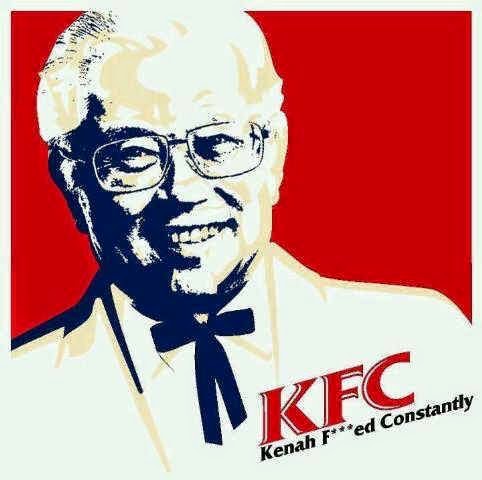 But I feel it's totally inappropriate and unprofessional for newspapers to resort to that level of humour.

Imagine if our newspapers made a headline joke about Prince William's huge bald patch when he visited Singapore last year? Or maybe juxtapose a picture of our Merlion and Kate... have them both spewing, one with water and the other with morning sickness cos we all know she has it bad. Kinda not so funny but rather mean isn't it?

What do you think