Are You Watching The National Day Parade Now?

I've never ever been to the National Day Parade in all my 30 (going 31) years in Singapore. Even when I was in secondary school, and the school had to send a massive bunch of kids over to be part of the flash card thingy or dancey bit... I used to pray.. don't pick my class.. don't pick my class.

The kids who got picked had to train for MONTHS, every other afternoon... under the hot sun... and eat cold KFC chicken every time. Plus they had to wear really garish ugly as f*k costumes... I'm talking neon yellow shirts with bright orange pants and glittery purple sequines sort of outfits. Eeee.

Don't get me wrong, I do love my country. When I travel and people ask me where I am from, I say very proudly, " Singapore" and flash them a my country is wonderful kind of smile.

And everytime I land at Changi Airport.. no matter how much I've enjoyed my holiday abroad, I always have the feeling that it's good to be back on home ground.

The other day, the pledge was read out on TV, and I instinctively put my right fist to my chest (while no one was looking).

But how much would I be willing to do for it? If as a kid, I would rather sit at home and watch old BBC reruns (Fawlty Towers, Never The Twain, Men Behaving Badly, Absolutely Fabulous, Blackadder.... if I don't stop naming them, I'm going to orgasm! Yes, I wasn't a very popular kid) ... rather than rehearse for my Nation's Birthday.... what can you expect of me now?

Are you watching the National Day Parade now? I was... I started watching the march past on the TV in the living room... and now, 30 minutes later, I am under my duvet in my bedroom, with my laptop on my stomach... typing away.

Maybe I will go out there (the living room.. not the bay!), and join my family ... I'll try to sit through the whole parade. My mom and dad do it every year, and never tire of it.

My dad mentions every year, that he marched in the parade as part of the cadet corp when he was a St Pat's boy. My mom's whole family including her mother (whom she misses very much)migrated to Perth almost 30 years ago... and she won't go because Singapore is her home and she felt it was best to raise her own family here.

I don't know where my future will take me. I won't bad mouth Singapore to foreigners. I truly do think it's a remarkable country for the tiny piece of land that she is. But I don't think I would go through great lengths for her (like put my life on the line... or spend time performing in a parade without getting paid). I also would not let my country hold me back. Does that make me a bad citizen? 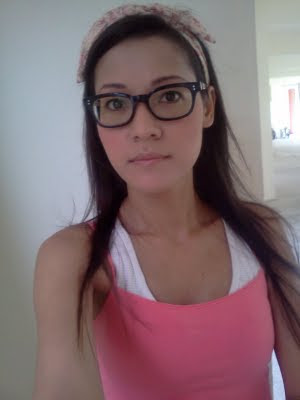 Last 5 days to take part in my Crizal Spectacles giveaway. One of my readers gets the awesome Crizal lenses plus spectacles frame of his/her choice. Click Here.

Anonymous said…
hi holly, i was wondering if you could enable the mobile viewing option under settings as i usually view your blog while on the go. if its too troublesome for you then nvm.
11:41 am

Unknown said…
I have similar sentiments as you. Won't go to great lengths for the country, and I don't watch national day either. Was part of national day last year, but only because of NS, no choice. But doesn't mean I don't like this country. Love how it's clean, stable and more or less free from natural disasters and political instability.
4:09 pm

DIana said…
Wow I thought i was the only one like that. To be honest, I absolutely hate National Day. Thats the only thing on tv spammed across all channels, and you get ads about it a month before the day and everyones dresses in red and white which IMO dont go together. It really is quite annoying.

As for what I would do for my country, lets just say im no longer in SG. But thats not to say I dont love it.
7:33 am