on October 03, 2009
How often do you come across comments like Men are dogs? And that they think of sex every 3 seconds? I'd say I've heard those lines (from both men and women) more times than people say that I talk funny (which is a lot).
But I’ve actually found that men (the good ones, at least) seem to be more concerned with pleasing their partner rather than themselves. Maybe they're downright selfless, or maybe it's a macho thing that makes them feel like a real man if they can please a woman. I don't know... either way suits me just fine :)
But a Man's need to please can actually create a situation in which the man ends up putting a lot of pressure on himself when it comes to sex. And a woman knows and feels this. 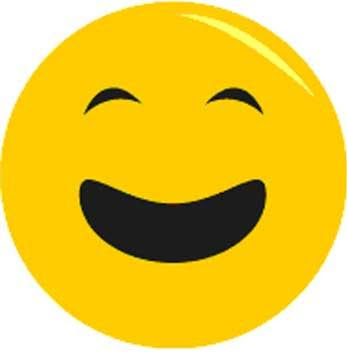 So, is it any wonder then why plenty of women out there fake orgasms to please their men?!
One of my girlfriends used to date a guy that we both fondly (and secretly) referred to as The 3 Hour Man. This guy would have sex for hours. I mean... it's ok if it feels great for 3 hours. But the reality of it was that it got boring... and then uncomfortably sore...
So I told her to fake an orgasm ten minutes into the session... in the hopes that he would climax too and then the ordeal (haha) would be over and they can watch tv or something. But no... my poor friend even after faking it, still had to lie there/ride him and he would stubbornly hold his erection and would be VERY proud of the fact that he can hold it for HOURS. Needless to say, that relationship didn't last. Honestly, men, if you do this...WTF is going on in your head!?
Personally, I would have a hard time faking it, not because I have a problem with deception, but because I really don't think I could pull it off without being self conscious.
Knowing me, I'd probably end up laughing. Plus, I wouldn't want to start a trend in the bedroom where I end up having to fake it all the time with my partner never really knowing how to turn me on. That is a nightmare of a rut that you should NEVER get yourself into girls. 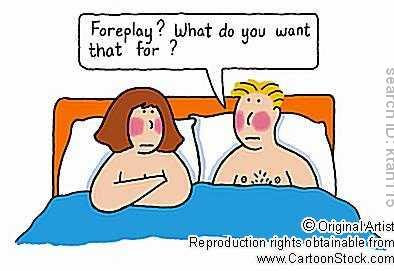 DON'T FAKE IT OR IT WILL ENCOURAGE HIM TO DO THE WRONG MOVES AGAIN AND AGAIN! Hello??? Groundhog's Day anyone????
I also think that a guy who pays attention can tell you're faking, if he's felt what it's like when you do actually have one.
Holly Jean's TIP: I think the best way to make a woman orgasm is by getting her comfortable and relaxed first, start off with kisses all over before giving her oral/ or manual stimulation first... until she climaxes. Then you go for penetration. Penetration feels amazing right after a clitoral orgasm.
And men... if you're trying to figure out if the orgasm is for real or not... let's take a look at some physiological evidence ( I dug out from the wonderful world wide web) that you can look out for:
1. The woman's clitoris retracts and gets 50% shorter right before she climaxes. 50%! You'd think we'd all notice that much retraction?! But I haven't paid attention to that. Can't really verify it ( can you?)
2. Her skin will flush and muscles all over her body will continue to contract. Blood pressure, heart rate, and breathing rates will continue to rise.
3. In the vagina itself, she'll feel rhythmic contractions in the outer part of the vagina. These intense pulses happen about once ever second. Mild orgasms have 3-5 pulses, and intense orgasms have 10-15.
(Did you Know? The muscle contractions in the uterus during an orgasm actually helps to suck semen higher up into the vagina, making it easier for sperm to swim to the egg) ... If you're already in the habit of faking orgasms... good luck to you in trying to get pregnant later on!!
4. (This is not off the internet but from inside my head, so only trust it if you trust me) When a girl comes, she'll hold her breath for a while.. because it feels good. [girls who don't already do this...don't believe me, hold your breath as you climax]
5. Her body tenses up just before orgasm

Kuen said…
Hmm sounds logical enough. But i don't think the guy will pay so much attention when they are humping. I mean, if the sex is going on for 1-2hrs, he goto stare at her clitoris and face all these while?

I still think the best is for the 2 person to talk over it. If the guy has so much ego, its better to let go of him anyway.
8:45 pm

Anonymous said…
after the girl has her orgasm out, she will be shivering is it? why?
9:03 pm

Anonymous said…
Hi Holly. I understand you had a pug, where did it go?? sorry for digressing cause i clicked on one of your older links. G sure looks hot btw!
9:57 pm

Anonymous said…
aww is there an entry about it? if there is could you kindly link it please. TIA! don't you miss it?? visit him often? sorry if i ask too much but im going through quite a similar situation
12:08 am

Anonymous said…
Why do so many women fake orgasm?
Because so many men fake foreplay.
5:20 pm