on February 24, 2009
There's this meme making its rounds on Facebook getting people to list 25 random (but hopefully interesting) facts about themselves and then tagging others to do the same.
A similar one went round blogs about a year ago. Click here to read my answers then.
25 Random Facts About Holly Jean
1. I'm impatient and impulsive. I like things done fast. I hate waiting.
2. One of my weaknesses is Geography... (physical geog, not human geog)... I don't know one country from the next. I don't remember capitals, even of those I've visited! About a decade ago, a friend was dating a Romanian dancer (not art/culture or ballet... she was a stripper... and they were coming here by the hoards from 3rd world countries). At the time, I genuinely thought Romanians were from Rome.
3. When I was in university,I travelled there and back by train... Pasir Ris to Clementi plus a bus in Pasir Ris and a bus in Clementi. Each way it took me 1,5hours. So that’s 3 hours of my day spent commuting. I leafy the house at 6am most days.
.
4. I am the middle child. I'm very close to my younger brother, as I took care of him growing up.
He's 4 years younger, but ever since he was like 9, he's been taller than me. 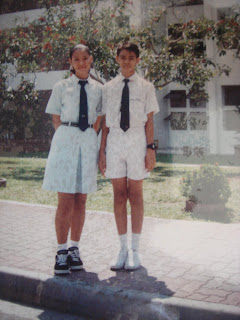 5. I was such a prim and proper kid. I always had to have my school uniform properly tucked in, and neatly pressed. My shoes were never scuffed or dirty. My hair was always pulled back in a ponytail with no fly aways. Now this was very uncool in a time when all the kids were trying to look grunge. But I was very happy the way I was so it never really mattered. 6. I LOVE HELLO KITTY 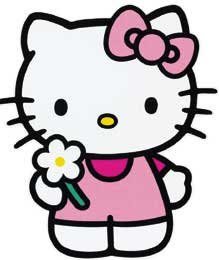 7. A few years ago, I flew with a couple of friends to Tioman on a private plane, a little Cessna (one of them was a pilot). It was the monsoon season, and we were stranded on the island for about 5 days. Now this was a nightmare, because I had only packed for a day trip! Imagine wearing the same thing 5 days straight!!!!! And it was nothing but 5 days of getting soaked in torrential rain!! 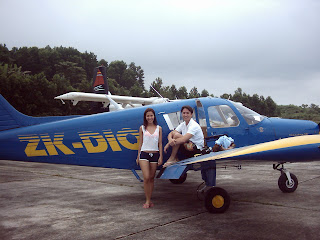 8. There was a period growing up ( think it was when I was 16 to 18 or so) when I thought that wearing ultra tiny crop tops were sexy. I did have nice abs but I must have looked like such a slut.
.
9. I was quite a pageant junkie growing up. Was in a Phantom model search, New Paper New Face, Miss Singapore Universe finalist. None of which I regret. Was a real eye-opener for me, and it has pushed me to be a more confident person. 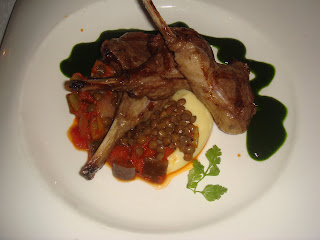 11. I've had a whole range of pets growing up, my house was always a zoo. One of my favourites was this chicken with a funky crest. Had him as a chick... but had to give him up when he grew too big. His name was Julio. In this picture, he's eating with his good friend Lucky ( baby parrot). 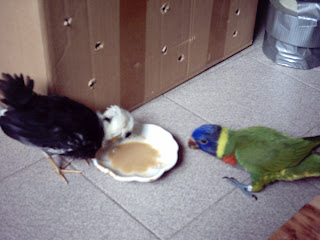 12. I want to get a sandy/fawn coloured Holland Lop Bunny next. .
13. My hair's virgin to colour and dyes. 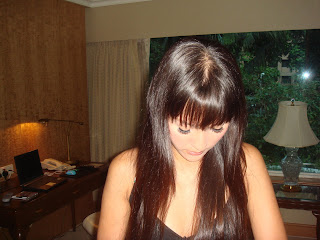 14. I have sensitive and dry skin. Very prone to dehydration. So if I don't drink enough water, or use a new skincare product, or have a couple of beers, I'll wake up the next day with peeling and red splotches on my face :(
.
15. I have decided to get a C-section when I am pregnant. I cannot imagine having a loose vagina. I would also like to have twins, it's in my family line, but I wouldn't mind paying for medical intervention if it will give me a higher chance of having twins.
16. I cannot touch my own toes without bending my knees. The muscles at the back of my thighs and knees feel like snapping when I try to reach my toes. . 17. When I was a child, the TV was my educator. My formative years were spent watching endless episodes of Sesame Street. In time to come, I will get complete box sets of Sesame Street and have my babies watch them. My younger brother grew up with the TelleTubbies instead, oh ohhhhh
.
18. When I started primary school and outgrew Sesame street. While my friends were hanging out at the mall or McDonald's, I came straight home from school every day to watch really old English shows like "Allo Allo", Never The Twain, Faulty Towers and Mind Your Language. It is appalling that I was such an uncool kid. . 19. When i was a teacher for 3 years in a secondary school here, I also had to take on the role of St John's Officer. I absolutely hated it. So much bloody paper work, so many unpaid Saturdays spent doing first aid duty at boring bloody community events. Plus I get faint when I see blood. Not a good match but I had no choice really. St John's is a volunteer based organisation but the school volunteered me. Even though I raised my displeasure every year, I still ended up having that role. It's definitely not what I expected when I signed up to be an English teacher. 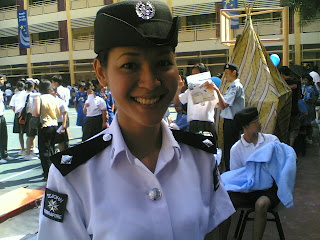 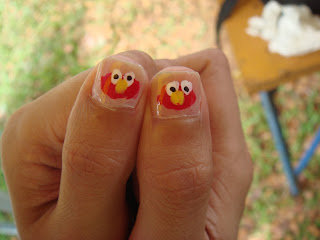 22. When I was in Bali, I got a Henna tattoo ( this was before I got my real one on my right shoulder). I developed a rash, vomiting and fever which didn't go away for a week. It was horrid! So sick. That's when I found out I'm allergic to Henna. 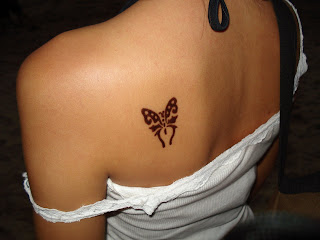 23. My ugliest years were when I was 13 and 14. I had to wear ugly spectacles which were too big for my face. I hated this phase so much I have pretty much destroyed any photographic evidence of its existence. I thank God for contact lenses. .
24. When I was a teenager, I thought it was a great idea to just pick people's drinks off the table in clubs and drink from them. My girlfriend and I really thought it was funny when we'd make off with free jugs of bourbon coke and vodka cranberry. (What embarrassing behaviour!)
.
25. I like men with strong hard chests. A hairless or sparsely haired chest puts me off.

Anonymous said…
haha. Good to know that you too have ugly years!

Interesting facts about yourself!
6:12 pm

Anonymous said…
Erm..but you DO straighten/rebond your hair, don't you? So then, I guess it' not virgin hair after all.
9:09 pm

Anonymous said…
nice personal facts bout urself holly! i suppose the list still get to go on? ^^
cheers holly! whose doesn't have a past of his/her own yA?! xD
2:59 am

Anonymous said…
Oh yeah, interesting last comment about the chest. What's your take, though, on men with hairy...BACKS?! Hehe. Just asking
8:52 am

Holly Jean said…
haha... strangely enough... even though I love a hairy chest... I hate men with hairy backs or bums or ape like arms!

Anonymous said…
What are the awards you won in pageants you participated?
9:22 am

apart from being a finalist in those competitions, I didn't win any awards.

Was runner up in the model search... and got titles like Miss MTv Style, Miss Charismatic .. tht sorta shit.

Anonymous said…
Nice to read through your random facts, but i do guess u have more than 25 facts from young till now to share with us..hehe
11:49 am

Anonymous said…
I like women with big soft chests. lol!
5:42 am

Holly Jean said…
???
Have no idea abt mixed blood ppl looking like SPGs or anything like that.

But it says Eurasian on my identity card... so I hope tht answers whatever your question was.
11:41 pm

Anonymous said…
Bingo.. U got it...
Cause I got friends who r into "unique" animals like spiders, snakes or lizards...
3:22 pm

Anonymous said…
oh wow...hairy chests huh? no wonder your bf is a caucasian...guess we asian guys dont stand a chance... :(
2:11 am