on September 21, 2008
Remember the Flintstones? How in the world did Barney Rubble get away with this ?!


Ok.. jokes aside, let's get down to business.


Is it really? Or did some micro-penis guy make that up?


So Holly, Does Size Matter?
Contrary to popular belief, that bigger is better, sex with a very well-endowed man can be challenging and downright painful. But sex with a penis that is small (I'd say... anything under 4 inches) can be mentally and physically unsatisfying... even if he can grind like Enrique Iglesias (who incidentally made a bad joke about having a small cock once).

The vagina is extremely accommodating. It can hold in a tampon or it can stretch (rather painfully) to deliver a baby.

I do agree though that it's not so much the length but the girth of the penis that matters. The average length is 3.5 inches flaccid, and about 5.5 inches erect. Average circumference of an erect penis is between 4.4 and 5.2 inches. The best selling vibrators are at a 5 inch girth. Though I don't think a woman would consider a partner with a 6 inch girth a let down!

Evolution and Selection
Logically, we are all products of natural selection. 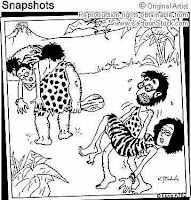 
So if the common range of penis sizes now is between 5 and 7 inches, then that indicates that women have been selecting that size on average for thousands of years. If the ONLY thing that mattered was a big cock, then presumably all males would now be very large (10 inches and up?) since past women would have selected only the biggest size.

Don't bet on it. There is no truth in this! I have had boyfriends in the past with HUGE hands and feet and their penises were smaller than the boyfriend with smaller hands than them. Though in general, if you're a rather small sized guy, other things will be in proportion. Just like if you see a petite girl with huge tits, they're likely to be fake. Big or small, people are roughly proportional... It's nature's way of saying - "Hey... I'm in control here... I have blueprints, believe it or not."

Were we made to fit? 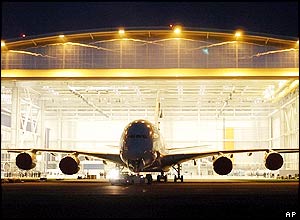 Statistically, for every airbus A380 penis there is a similarly sized Super-Jumbo Hangar of a vagina. If there exists a Big Penis Gene... there will also be a Big Vagina gene.

So you got to find a fit you like... I guess. Though, honestly... I see the Cesnars and Super-Jumbo Hangars losing out in this whole deal.

Anonymous said…
lol! i rather believe that you love those kind of topics than you actually want to attract more readers for your blog. but honestly, it's kind too old, i mean the topic. and sometimes, you more talk these in public and you may have less chance to get in real life. ohh, I don't mean YOU, lol! I'm sure you can get whenever you need. lol! Good day again!
10:17 pm

Holly Jean said…
Hi anonymous :) yes.. i tend to blog about what I enjoy thinking/writing about.

Isn't an old topic to me cos I've never blogged abt it before... so this is my perspective on it

Anonymous said…
hmmm interesting interest u have >.<
5:15 am

Anonymous said…
i feel your blog is interesting. cool !
9:38 am

Anonymous said…
lol! thanks for the reply and what a interesting young lady! I guess i know what were you talking about. anyway, If i am the guy who you are dating right now. I may not feel totally comfortable after read your blog. lol! (lucky i am not). i start to become your fan now and wish you all the best for penis thing. lol!
1:17 pm

I'm pretty sure us guys would never live to tell the tale if we ever called 'it' a cessna hanger, but thanks for putting the other side.
2:40 pm

Holly Jean said…
anonymous2:40 - no.. u'd never live to tell the tale if you called her vagina a jumbo jet hangar... Cessna hangars in my analogy is a GOOD thing.. meaning small (tight ) vagina. we just don't want to ease in a cessna in there lol.. we'd rather squeeze the airbus in :) lol

Anonymous said…
Hey it seems like u know a lot about dicks...WOW!!!

May I know how many test-subjects have u tried?

Perhaps u should consider showing us some demo videos of you yourself doing some 5-inch dicks to 9-inch dicks - that is persuasive power.

Mebbe you can also consider doing some neuro-analysis on brainwave patterns, at a same time invent some measure on the orgasmic level: call it 'FMBH' aka 'Fuck Me Baby Hard'.

I am sure you will win a Nobel Prize for your contribution that.

Mebbe u could write abt the correlation btw ejaculation range with the chances of pregancy. Mmmm...
2:26 am

Anonymous said…
Btw, vaginas aint the only hangars ard in the Human anatomy.

Bcos it is about a A380 entering a private jet hangar...

There comes a time when the vagina stretches or dilates too much, the arse is the next best alternative?

I guess that is why droves of cars circle ard Changi Village.
2:35 am

Yash said…
I like your point about natural selection.

Anonymous said…
teacher regarding the matter abt small penis.. ive done my calculations and its longer than 4 inches.. why not we make love and u can do ur sci proj on my penis.
:DDDDD

preview said…
A theory about the natural selection (which as I presume you made up personally, basing on... I don't know what kind of facts (?)) may be easily debunk: you're assuming that "woman" was the one that was making a selection, it is possible that women were the subject of selection more often that the're the selectors. Esspecially if you're considering "ancient" times, aeons before emancipation ;-)
4:31 am

Morgan said…
it'll build each moment of affection creating exciting and fun. Men love sexy surprises and with a good duct girls will accomplish each fantasy for his or her partners., for more information click here tight vagina
8:14 pm