on November 03, 2022
Want to get caught in a snow blizzard with a bunch of clowns?
Yesterday was the opening night for Slava’s Snow Show at Sands Theatre at MBS. Slava's Snowshow is a stage show created by Russian performance artist Slava Polunin.
I love that this show translates into any language because the story is physical (hilarious clown pantomime) and visual (thanks to amazing technological effects), and it can entertain all ages from little kids to tired old people like myself lol. 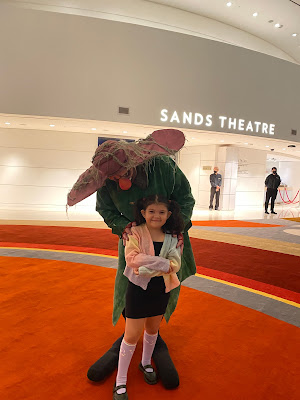 It’s no wonder that the show has won many awards, including the Drama Desk Award for Unique Theatrical Experience, and was even nominated for the Tony Award for Best Special Theatrical Event.

The kids sat straight upright and were enraptured by the larger than life imagery … while I sunk in to my seat and just relaxed and watched the whimsy unfold before my eyes. 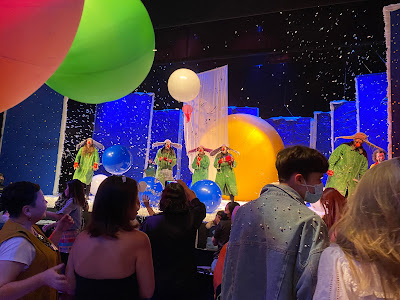 Slava's Snow Show rates highly on audience engagement… the clowns break that fourth wall and often come into the audience space. At some point there’s a huge web (I’m talking really huge like spanning the whole theatre floor... wtf) which covers the audience and we have to pull it over past our heads to free ourselves. Towards the end there’s an out of this world blizzard of paper snow that blasts into the audience. And gigantic bouncy balls passed around in the crowd. 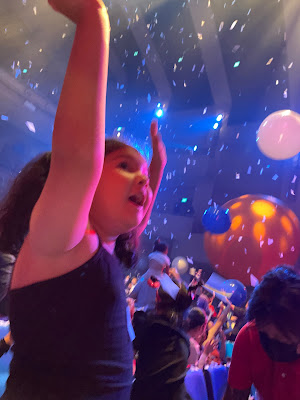 The kids especially had so so so so much fun. Myla laughed so very heartily at the pantomime. I found the clowns endearing and amusing but my dear daughter, at 6 years old almost 7… had that knee slapping, belly aching type of laughter throughout.
And Michael… my dear MJ started out afraid of clowns (when we first arrived, he hid behind the table cloth of a reception table when the clowns came past. So only Myla got photos taken with the clowns.
He actually didn't want to watch the show so I put his hoodie on him and told him he didn’t need to be afraid, with his hood up, the clowns can’t see him. At 4 years old, he bought it lol). 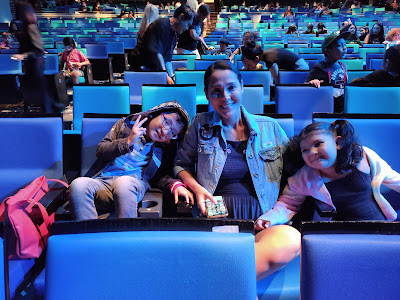 But halfway through the performance, magic happened and he was no longer cowering and hiding under his hoodie but he took his hoodie off and was enjoying the show, and open to all the interaction and engagement. Now he finally loves clowns! (Note to self, don't let him watch "IT", hahaha) 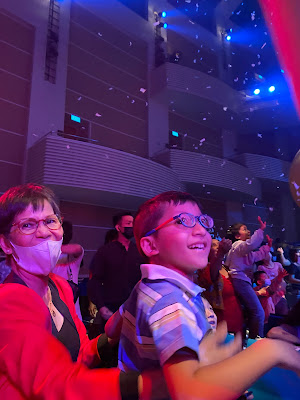 My heart swelled when I saw both their faces light up with delight so many times through the 1 hour and 40 min performance. Really wish Adamson could have joined us last night (but he’s overseas for work). Maybe we will go again when he’s back. The kids would surely want to go again. 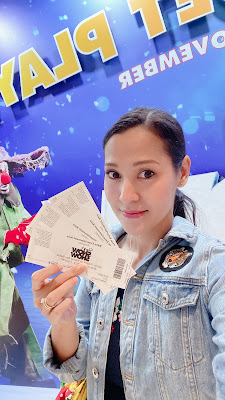 Thanks for the invite, Base Entertainment Asia.

Stanley said…
Thank for sharing
12:38 am