Halloween Trick or Treat at Woodgrove

We took the kids for their first Trick or Treat last night (31st October, Halloween)! 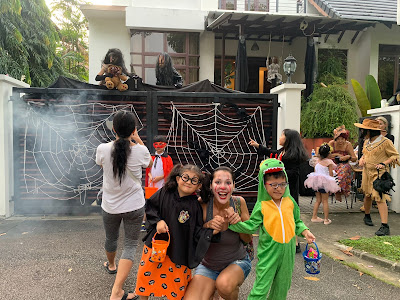 Myla went as Harry Potter, Michael as a dinosaur (no surprise lol). And I just did a last minute Pennywise clown face on myself with a bit of make up. Adamson came straight from work because he’s ultra busy and working hard and the kids were so happy he could rush and make it (even though he’s exhausted. Hugs). 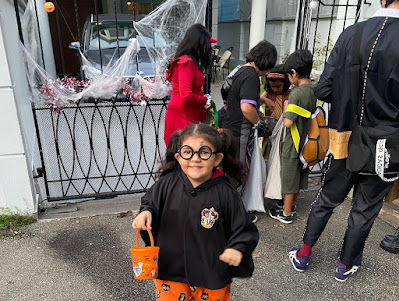 We chose to do it at Woodgrove as it’s the closest to us plus over the years, it’s gained such a reputation… easily the best estate for Halloween deco and Trick or Treating in Singapore.  Practically the whole estate is in on it. Amazing effort. 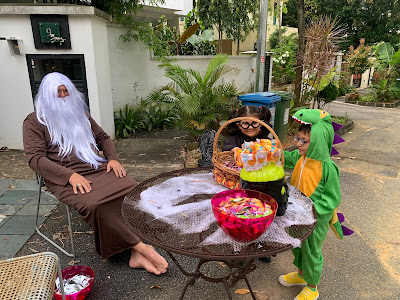 And they do this for free. Thank u! You’ve made thousands of kids (and teens and adults but especially the little kids) Halloween a real treat. 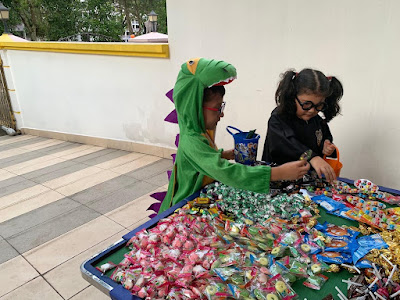 So if you’re thinking of heading down for next years Woodgrove Halloween 2023… here’s what we experienced this year. 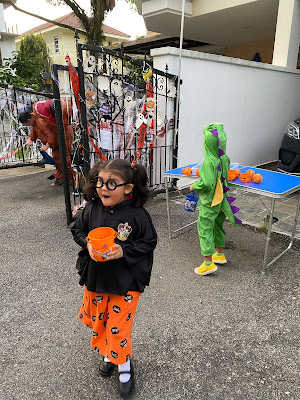 Timing- I heard that you can head over from 5.30ish… but lots of people said it starts at 8pm. We decided to go at 6.30pm and there was already a good crowd! So yeah you can definitely head there around 5.30 onwards if you have little kids who need to sleep early. Also, the later it is, the louder and rowdier it gets … with much older kids and teenagers/ young adults.

We parked at The Woodgrove (it’s a shopping mall with an incredibly cramped carpark). Alternatively you could park at the HDB estate nearby. 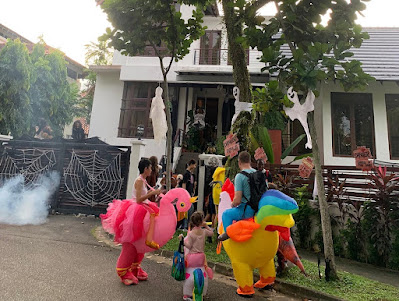 From the parking mall it was just a short walk to Woodgrove estate (under 5min). You will see streams of people heading in that direction. 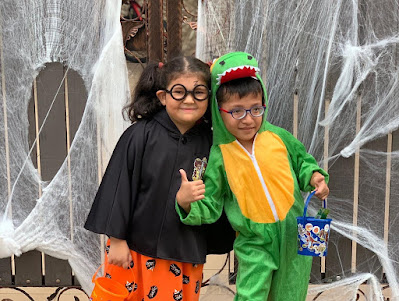 We covered maybe half of the estate because we were already way past the kids’ bedtime (they normally sleep at 6.30) and that took us almost an hour, and they had already accumulated sooo much candy ( if you want, you can cover the whole estate, give yourself maybe 1.5 to 2 hours). 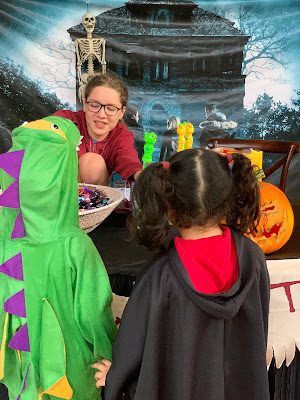 All the residents are so welcoming. You can obviously tell which houses are giving out treats as their gates will be open and there’s usually someone there to hand them out. ( Please don’t forget to teach your kids to say thank you. ) 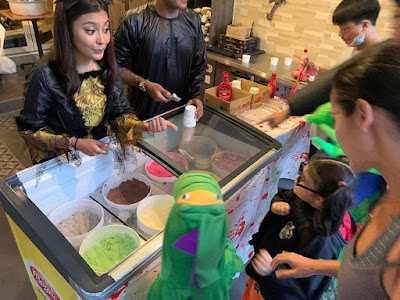 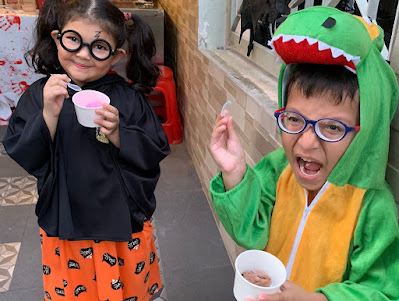 Adamson and I enjoyed the atmosphere (actually it was our first authentic Halloween trick or treat too! Previously as a teen/young adult , Halloween for me just meant dress up and go party. ) Something really special that I won’t forget for a long time to come, is the look of sheer joy on both our kids faces as they went about Trick or Treating. *heart swell* 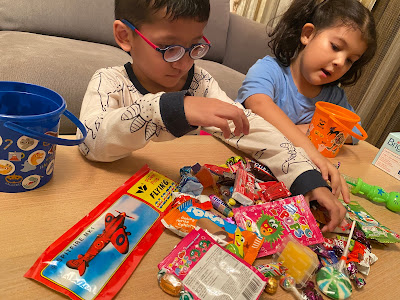 We’re already looking forward to Halloween 2023 at Woodgrove next year and have already started thinking of costumes. Next time Adamson & I will have costumes too, maybe a family themed one Hahaa  (put 31st October 2023 in your calendars folks!) 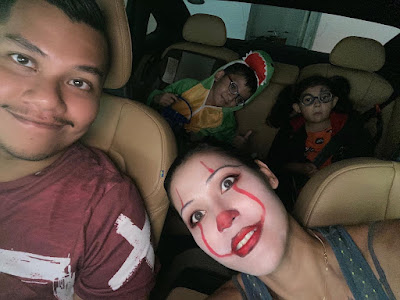