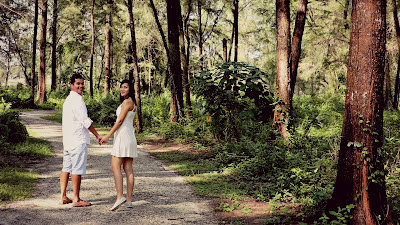 Is he just being friendly? Why did he put a kissy face emoji at the end of his message? Are you reading too much into things or not enough? People’s intentions are not always clear and easy to read. So what’s a girl to do if a guy she likes is sending her mixed signals?
Trying to read his mind does not only seem like a complicated feat, but it is in reality pretty much impossible.  The fact that you are not sure if he is interested in you or not is probably driving you crazy. Chances are that as you go along, his lust/ attraction/ love for you will manifest itself more clearly in a natural way. But who has time to wait right? If I were you, I’d want to know, now!

The best thing would be to allow your connection to flourish in time. His initial mixed signals will then just seem stupid footnotes in your love story. But here are some hints that might help you a bit if you are going through this situation.

Those ambiguous and mixed signals is really just him testing the waters. Or it could also be that he is really shy and doesn't express himself well. If he is not a blunt person, you may need to understand him and give him some time.

If he seems to focus just on sex, but does not want to show any commitment whatsoever, it is a clear indication that he is not ready to commit to a serious relationship.

By hanging out with him on a regular basis, rather than on one-off occasions, you will be better able to get to know him. Hanging out with him and doing different things together will offer you insight on whether he is just flirtatious by nature or if you're special to him.

Ask a trusted friend to join you sometime so that she will be able to give you her opinion on any mixed signals he might show.

You might even try talking to one or more of his friends. They might be able to tell you if it is normal for him to act in such a way or if he is doing something on purpose. If all else fails, don’t live in a cloud of “what ifs”, just come right out and ask him.