First Date with My Hubba Bubba

Post kids, I rarely find time to blog, so I never got round to sharing with you the story of my very first date with my husband. But it is something I want to immortalize on my blog while the memory is still fresh so I can look back on this post fondly some decades down the road.
Having been out of the dating scene for more than half a decade, I was nervous as fuck but also excited. This was the man I literally dreamt about!
It was an 8pm date at George's by Pasir ris beach. I was living with my parents at the time. And they were home to watch Myla for me, after I had put her down to sleep for the night. 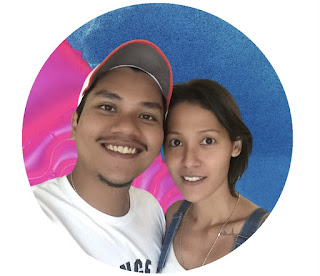 But this is not a story about the wheres and whens... or what we ate or did. Those things are immaterial. This is a story about all the things I felt on this momentous evening.
I arrived on time, and knew that he would already be there (after a fishing session).  The place was not crowded, perhaps only at half capacity.
I started to look around as cool-ly (haha) as I could, but I can remember the panic setting in... because I felt self conscious standing there trying to spot him in the 'crowd'.
And then I saw him walk towards me and all of the nerves melted away. Like were we ever strangers? I'm not sure we were. Yes it was my first time meeting him in the flesh, but I felt I knew him.
As he got closer and closer to me, time slowed down as I took everything in. The way he moved, there was something of the urban warrior in him. He was different from all others. Not just handsome, but he had that appearance and air about him which made him stand out in the crowd.  (This has held true to this very day. We don't get the chance to do so often, but every single time we go out to a party or place where there is a crowd, I can actually feel the swell in the air around him coming from the commanding presence about him. His solid posture coupled with his manly broad shoulders made him imposing almost to the point of intimidation. It feels good when he takes me by the hand or waist and takes me through a crowd, it's protective, confident, strong.)
I had to bite my lip to rein it in kind of attractive.
We sat down at the table, him across from me. He looked fresh and so clean, in his white Star Wars Revenge of the Sith t-shirt (I say this because I expected him to be all sweaty... because fishing! But oh he cleaned up, he cleaned up well). First thing I noticed close up was his wide chest and broad shoulders...mmm... then my gaze wandered upwards...
People often speak of the colour of eyes, as if that is what makes them more (or less) attractive, yet his would be attractive in any shade. From them comes an intensity and also a gentleness. Sometimes, I would see a hint of pain in his beautiful eyes, which would disappear as suddenly as it emerged. Such complexity and depth, is scary and all the more, intriguing.
My husband is easy on the eyes, and I find him very handsome but facial features, if I'm honest, play such a very small part in attracting me. Show me the personality, the brain, the philosopher, the heart, the man on a mission... and there I find the kind of attraction that is undeniable.
It's either present or it’s not during a first date. Sometimes you can see it when you enter a room and catch a glimpse of your date. Or maybe you’ll be charmed when you hear him speak for the first time. I don't know what to call it (perhaps this is what the French call Je Ne Sai Quoi) but whatever it is, on our first date, I felt it.
Conversation flowed freely... his very often punctuated by Jinjja ...(???) which I found bewildering at the time. But later found out that he had been dating a Korean girl for some time before and that rubbed off on him (he no longer does this jinjja thing now, thankfully lol).

I didn't want the night to end yet. So we went to a 24hrs coffeeshop nearby. I offered to go get the drinks, and as I stood next to him asking what he wanted (he was seated at the table), he gently placed his hand on my stomach as he spoke. OH HELLO!!! HE MADE PHYSICAL CONTACT!!! SO EXCITING! (Yes, I admit, it sounds like I was so deprived haha... but it's a first date, and I really really liked this one!)
Back in the car, before he drove me home, we parked at the carpark near Pasir ris fishing pond and it was raining very heavily. So we just sat in the car and talked. And then he leaned in and kissed my neck. Oh the shivers!!!
His hands followed the curves of my body, and it excited and calmed me all at once. It didn't go beyond kisses of course, and that was how the date ended off. Leaving me giddy with the potential of it all. If this was a novel, I wouldn't be able to stop turning the pages because I keep wanting more. 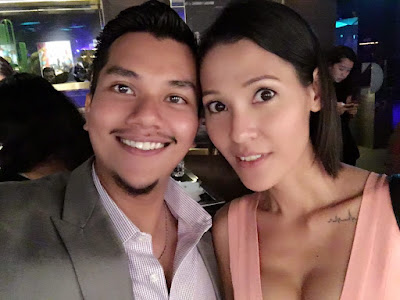 As we went on to have other dates together in the weeks after, I found myself falling in love again and again, each time deeper than the last. Every time the feelings got more complete, more bewitching. 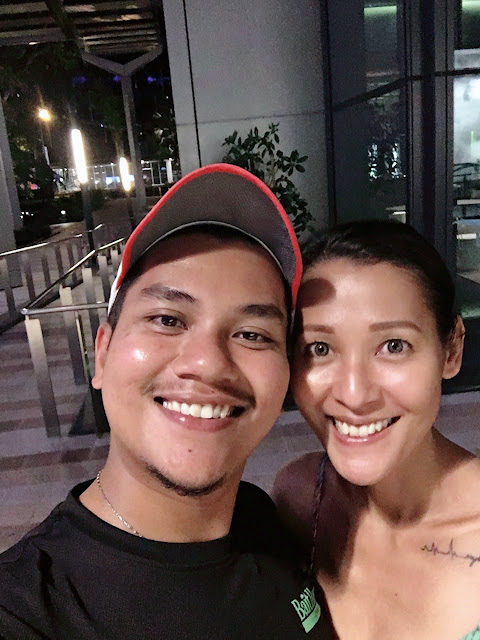 Anonymous said…
So sweet holly! Been following your blog since the days of mark and David
But why did this post come so late? I was expecting it much sooner~~~
6:11 pm

Holly Jean said…
My kids are not in childcare and I don’t have a maid. So literally my every waking minute is taken up by the kids of home 😅. But it’s a choice ah, to look after the kids and home myself, there will be trade offs of course. But I rather other things be the trade off and not my kids 🙂. Even though I do miss blogging a lot
8:33 am

Anonymous said…
omg I seriously love your romantic love story type of blogs, almost makes my heart flutter, you have such a way with words holly.... I would love to read more about your love story, it's so captivating
12:17 am