A Tale of Adamson & Holly

on February 21, 2020
Once upon a time, more than a decade ago, a fine young man emailed a blogger, asking her out on a date. She didn't know what he looked like. Yet his email caught her attention not just because he was eloquent but because there was a special thing about him that made him stand out... gumption. This young man had gumption. 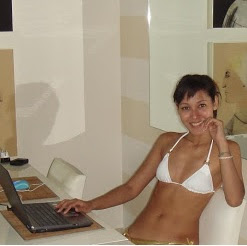 Alas, it was not to be. You see, the blogger was in her late 20s (like 27 or 28 if I remember correctly) and dating far older men. While this young man, was fresh out of National Service and just starting University. She considered men her own age to be too young for her, so what chance did the young man have... being 7 years younger. She was in a different phase of life and a different stage of dating. 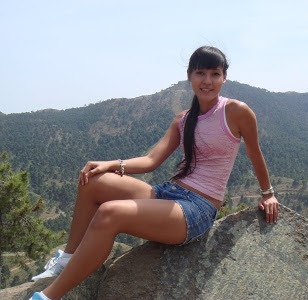 Still, she was very impressed with him so the least she could do was to give him a polite reply, praising that gumption of his. Assuring him that "it's not you, it's me. I just don't date younger men."

So they just became distant Facebook links. Never met up. Nothing pursued. She went on to date someone 20 years her senior and she honestly felt that it was right, that that was the way to go. But that ended. And so did a whole series of parallel dating after. 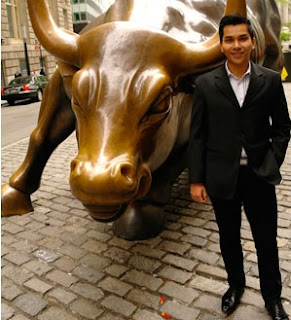 Meanwhile, the fine young man started working (very hard) in New York, carved a bright future for himself. Every now and again, the blogger would check in on his Facebook, to see how this fine young man was doing. She was happy to see that he was getting ahead in life, good for him! She's not a selfish envious bitch (lol).

Soon, the blogger met someone that felt right then, and they took the plunge and got married. The relationship had some red flags from the start, but she (possibly out of stubbornness and the refusal to keep failing) did not pay heed to those red flags and kept propelling the relationship forwards. Ever the love optimist, she made herself believe that things would get better once you turn the next corner. So they got married. Started a home. And many corners later, in a huge bid to make things better, they had a baby. Actually she was pushing for a baby since they got married, but he only agreed to it a couple years later. All the red flags were still there, nothing got better. With the stress of a new baby to be responsible for, things between this couple got even worse. The marriage ended after 5 years. Still, no regrets because she got a beautiful daughter out of it.

During these 5 years, lots of things happened in the fine young man's life too. Most of which was not kept tabs on by the blogger, because marriage and baby occupied her and left her little free time to be a nosey parker. He dated New York girls, Asian girls...basically doing what a fine young man discovering the world does... not sure if he missed out on any nationalities haha. He took up sky diving. Drove fast cars. Eventually he moved back to Singapore, and continued with the development of his career and exploration of life.

The thing that finally brought this fine young man and blogger together, was a dream. A vivid dream that made her reach out to him to share it.

No, it was not a sex dream. If it were, she would not have shared it. She's not shameless lol.

In this dream, the blogger was living at home with her parents. And one day, her mum says they're taking in this poor boy, to give him shelter for a while. So the fine young man moves in with them. She's attracted to him, not in a jump your bones kind of way. But more intrigued and impressed by his character. They have long chats, and feelings develop but nothing else happens. Then one day, the fine young man drives off in a car to get some errands done (no idea where this car came from, it's a dream haha). It's raining heavily. Pouring down.

From the flat she's living in, the blogger hears a loud crash. She gets a huge knot in her stomach. She runs out to the street, gets on a bicycle and cycles towards the crash site. She's so anxious, she can hardly breathe. Then she sees it. The car the fine young man was driving. Flipped over and crumpled.

She gets off the bike and runs over to it. But he's not in there. She turns to walk towards a school type building. And there he is, standing in the rain. He's ok. She runs into his arms and they kiss. This dream may not sound like much, but it was a rollercoaster of intense emotions for the blogger, and the emotions felt so real. So real that when she woke up suddenly from this dream, and 2 am, she reached out to the fine young man on Facebook messenger. It's the first time she's ever reached out to him. And they had not been in any contact for almost a decade. Just to say hey I had a dream about you.

As luck would have it, he was awake. He responded curiously, "pray, do tell."

He didn't laugh at her.

Possibly because he had been lying awake that night asking for a sign. 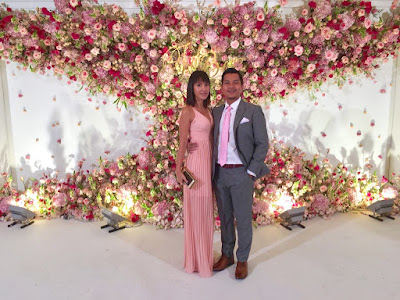 And that's how they finally made a connection. She wishes it had happened sooner but I suppose the universe had other plans for them first. 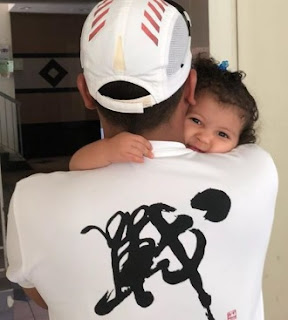 Anonymous said…
Hey holly, i have been following your blog since 2014, and i know you've been through some tumultuous relationships with men where you thought would be THE one to start a family with. My bf and i have been talking about having kids for a while, and I'm very down for that idea because I'm super maternal, but I'm only 21 and he's 39. i know you've been in relationships with older men with around the same age difference, and that you've thought of starting families with them at that point of time as well, but my bf, like some of your exes i suppose, talks about it sometimes very excitably, and in other times says I'm too young to be a mom. i take everything in my stride well, and i wouldn't mind, but i don't want to go in it if he has cold feet, so how do you know if your partner is flippant about the idea of procreation or not? how do you know if he wants a child, because we have been having unprotected (baby making ) sex and stuff, but he always says shit like ' i would love to have a child with you but I'm thinking about your future darling" like ffs!! why would he say stuff like that one moment and then revert to " you'd look absolutely glowing/stunning/sexy if you're pregnant with my child" an discuss baby names with me and all that shit !! we are financially stable, and i apologise if i sound kinda cuckoo in this message but you're way mee experienced and i just wanted your take on this:( and could you do a blog post about how to tell if a man could rise up to the occasion and be a good father ahaha , would help us females out ALOT/ which one of your exes would be good or bad dads (lol i love your gossipy blog posts sorry!!!!)
8:04 am

Holly Jean said…
Hang in there. I will do a retrospective post on this soon :). Meanwhile at 21, my advice is see where it goes. No point bailing yet. You never know. Late 20s then u got to like consider more carefully Cos u don’t want them to waste ur time man
8:22 am

Anonymous said…
I'm single and I just found out I'm pregnant. No one knows about it yet. Not my family, my employer, my friends. Except, my boyfriend.

I've been thinking on how do I break this to my parents.

You got your 2nd child before you got married. How did your parents take to the news? Any tips?
12:16 pm

Holly Jean said…
Hmmm. Are things serious with the father of the baby?

Not sure if it’s the same situation but with my husband we were already planning to have a baby and get married in late 2018. Cos I’m not getting younger (I’m 40this year ah) so if he wants a baby, we thought better start trying asap because on average a couple takes 8mths to get preg or something. And like what if Cos of my age, it takes us longer?!

We didn’t expect that we wld strike on the first try hahaha . So we moved the wedding date forward to early 2018 I stead of late 2018, everything else in our plans remained the same. Before I got pregnant , my parents already were aware that we were planning a wedding. So I Guess it wasn’t a shock to them when we broke the news that we were expecting ...