Direct Flights to Hokkaido from Singapore 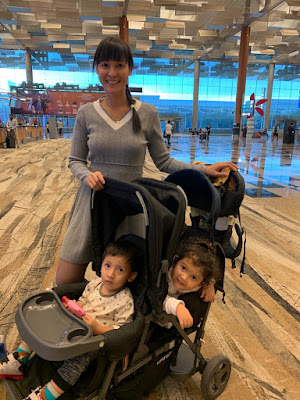 We previously never considered Hokkaido as a destination because there was no direct flight, and the thought of taking a flight to Haneda and then transferring to domestic terminal with winter luggage and 2 very small kids for another flight to Sapporo... is like a nightmare. 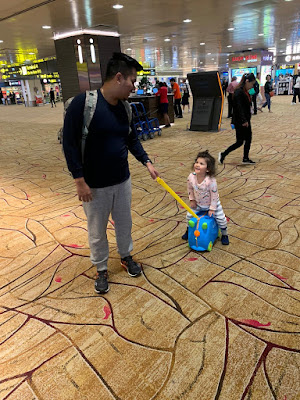 But in the Winter peak seasons of December and January, Singapore Airlines has a charter flight direct to Chitose airport in Sapporo. It's around a 7 hour direct flight. 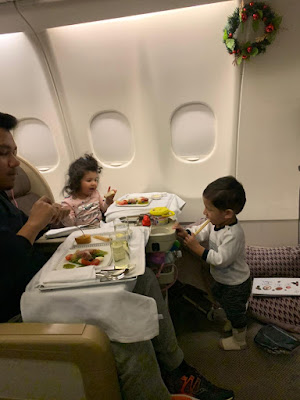 Parents always ask me what flight timing is best when travelling with kids. Well, if it's a short few hour flight, I think it's day time. But long haul or any flight around 7hours and up, I used to always say NIGHT  red eye flight. That's because Myla rae sleeps through the whole flight. But now that I have MJ, oh man, that boy is a lousy sleeper. So definitely no more night flights for us with him. Unless I want to spend the whole night carrying him and rocking him and calming him. If he doesn't sleep, I can't sleep the whole flight either. So plan flight times according to the type of sleeper your child is. 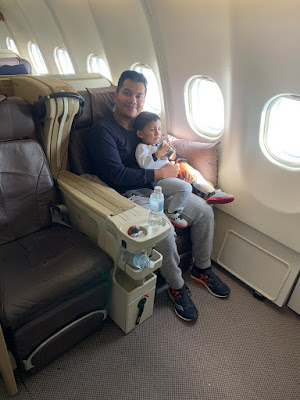 Our return flight was in the morning and that was much better as we could take turns enjoying the flight while one of us entertains him. 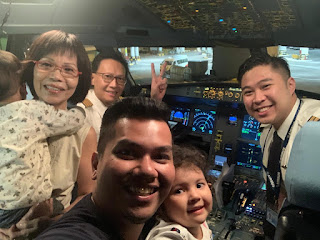 Adamson's mother joined us for this trip too. 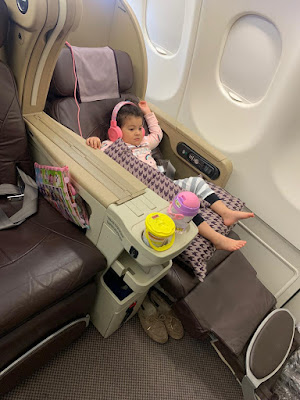 Myla is an easy traveller, our night flight there she slept the whole way. Day flight back, she relaxed and enjoyed business class to the max. lol. Asking for ice milo, and food, etc. Lucky child. My first time flying business class is now when I'm 39! 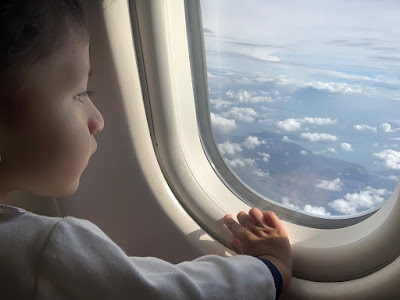 Day flight, I just needed to carry him for his short nap of 1 hour plus. Not so devastatingly tiring. 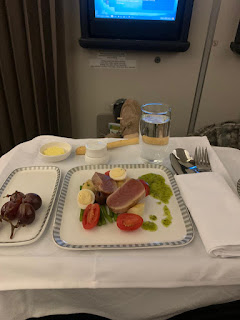 Service on SQ was excellent both ways. It usually is and they're extra attentive when you have young kids. Food in business class was disappointing though :(  I was expecting a lot better... mostly dried out tasting. And it was like that both ways (going and returning) So sad. Why likedat.