Letters to Myla Rae - More His Than Anyone Else's

on November 30, 2018
Open whenever you feel conflicted about your roots. 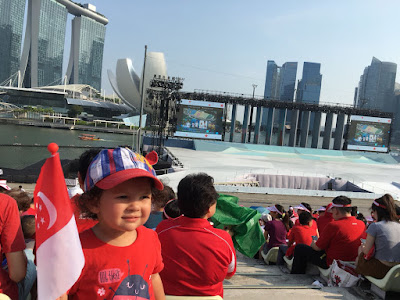 You are more his than anyone else's. (This is his own mantra, I didn't make this up). 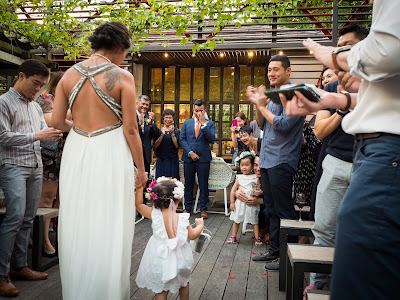 One of my worries for you is how things will pan out as you get older, how your somewhat different (from the norm) beginnings might affect who you become as an adult. 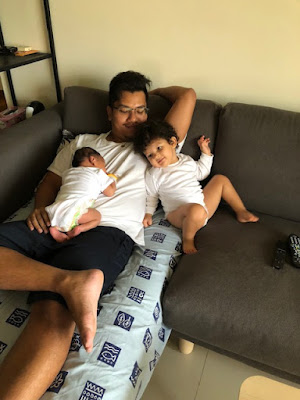 For now, you are his step daughter, but he has never seen you as such. He's known you since you were 1 year plus. And he loves you like you were his own daughter. Especially more so now that we have your baby brother MJ. He never wants you to feel like you have any less of him than MJ does. 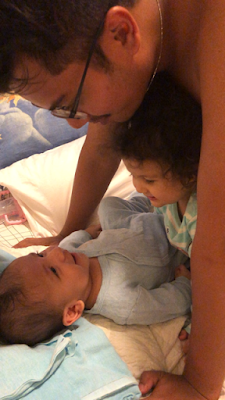 He gives u so much attention so you don’t feel neglected now that I have MJ to care for and MJ’s so damn demanding of my attention and time (yep, he's a very high needs baby). But he adores you and you adore him. I hope that close sibling bond will never change. 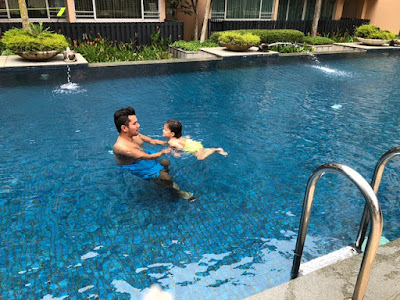 I think this (ample amount of love and attention) is one of the major factors in having you be such a wonderfully receptive big Sister. Never a moment when you were jealous of your Brother. Always so kind and concerned about your baby Brother. It’s also probably because your character/nature is such. You’ve always been an easy going baby and now toddler. But I’d also like to think we had a hand in making you this way, growing up in a safe and happy environment where you see your parents being supportive and loving. There’s no need for jealousy or competition over your own family. I myself have never been jealous or calculating over the time your dad indulges in you, my heart swells when I see you two so close. 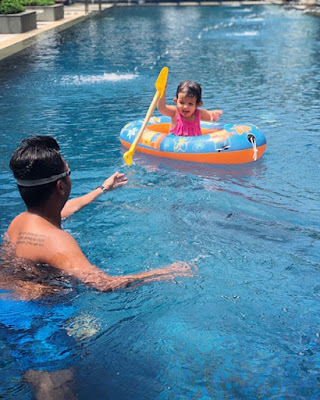 I hope that when you're old enough to realise things, you will remember the sacrifices daddy has made and how much he has genuinely given you. 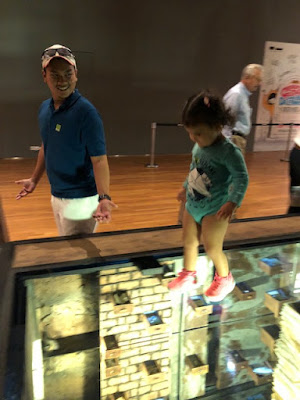 He wants you to grow up confident and brave, yet he's always in the sidelines to catch you and support you whenever you need it. 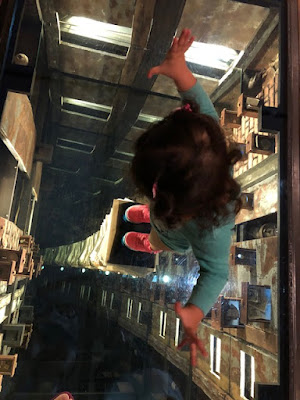 He is your provider... of food, shelter, school... of security, experiences, comfort. 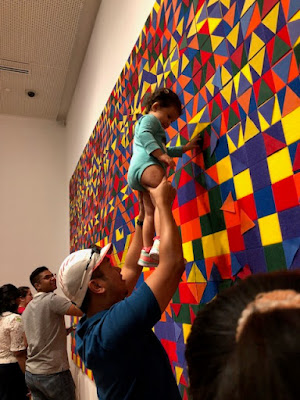 I remember when you had your first very high fever. He was worried sick through the night, constantly checking your temperature as I sponged you down. He even made calls to the nearby hospital to make sure they could treat a baby should we need to take you in A&E in the middle of the night. 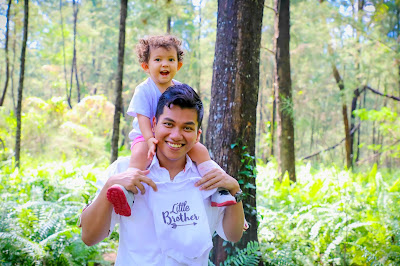 Even now that he’s more seasoned dad, he still worries and sleeps with you in your room when you are unwell.

To this day, he's the only one who has sucked snot out of your blocked nose because you're too young to know how to blow your own nose and you won't let us use the nose pump on you. I mean he physically sucked it out. With his own mouth.

... and he caught your virus and was ill the next few days. But that night, you slept without a blocked nose, and for him, it was worth it.

He’s also your best advocate. We were both so proud to be there when you graduated playgroup (and you sang so loudly during the performance, the video is on my instagram). 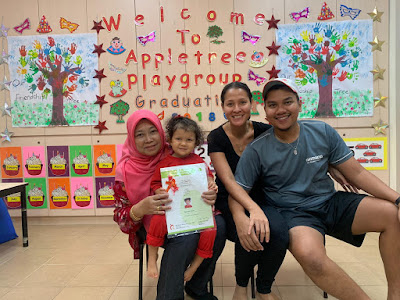 When we took you to Nursery orientation. You start nursery next year, so we had the orientation in October this year. He eyeballed this huge boy who snatched a toy from you (and the teacher didn't do anything)... man his death stare made the boy's grandma paiseh until she came forward to pass you another toy... hahaha. 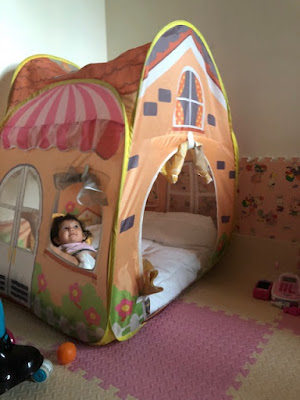 He's very indulgent... but not in a spoil you kind of way... so not like EAT ALL THE CANDY YOU WANT AND LOVE ME FOR IT kind of way (which some people are like -_-). He wants you to have enough books to learn from, toys you learn with and all the healthy snacks and fruit you love... that sort of indulgence. Oh and you grew up with an awesome playroom. 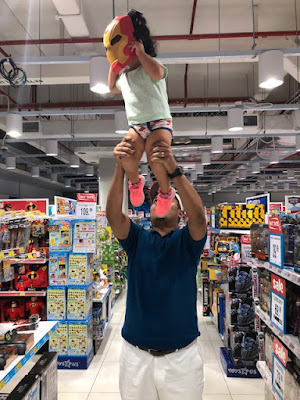 Even though I'm the frugal sort that will make him like put back half the stuff he wants to buy for you. hahaa.  Do you know, you're probably the only soon to be 3 year old that has a nearly $200 pillow to sleep on.

He was shopping for a goose down pillow for himself, and I (as usual) declined one for myself because OMG excessive lah!  But because you had just turned 2yrs old at the time, and couldn't make decisions for youself, he decided on your behalf that you would like one too. 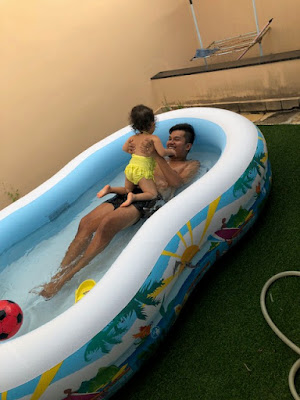 Do you remember having your own private schwimapoo (yes your vocab/pronunciation has upgraded from calling it papapoo).

And then there is the bit which no one likes doing but it is necessary. Discipline.
I’m impressed with his sense of balance and his sense of responsibility. No one likes to be the “bad cop”. Every one around you now only want to be in it for the fun parts because it makes you like them more. Don't you forget that. 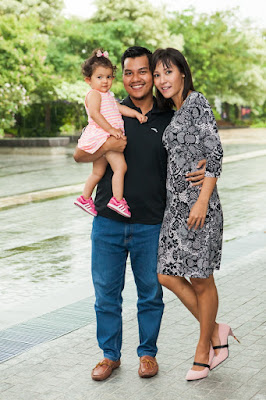 Lastly, please don't forget to be grateful. He's a young dad, and he has taken on so much more than any of his similar aged peers have. He worries that what he's doing is never enough. He worries that you will one day look upon him as an outsider and not her father (I told him that this would not happen but still it's one of his nightmares). I've said thank you to him many times before, but if you read this and he's still alive and around, maybe you should thank him too. 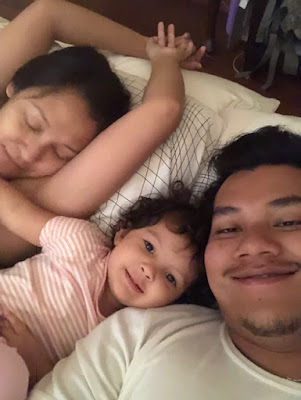 Anonymous said…
Bless this good man. I pray that the bond between them develops such that there will never come a day where she questions his love for her. Adamson is a sign that God was always watching out for you and Myla.
11:55 pm

biyoselfbaby said…
I tear up reading this. Your family has found an angel.
4:02 am

Wendy said…
Holly.i am so happy to see you happily married and being a Mother of two.Glad to link up with you via FB after so many years.
1:04 am