Will write about Michael James' Birth Story in a few days. It was an emergency Csection... again   -_-  Will tell you all about the drama with this little whopper soon. 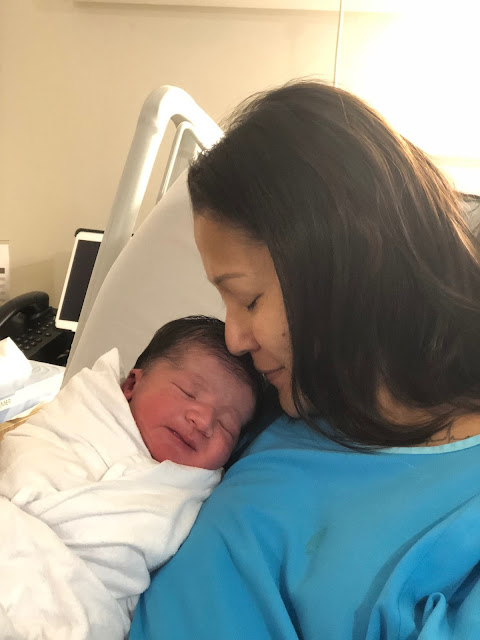 There's loads I want to blog about... will slowly try to write post by post over the next few weeks, it's hard because I'm still juggling having a week old newborn and a 2yo (terrible twos yo... mild version.. but still exhausting!).

For today, I want to share with you my experience at Mount Alvernia Hospital, and the ward I stayed in. I hope it's useful for those who are expecting and considering where to give birth.

We chose Mount Alvernia because it's a Catholic hospital (both Adamson and I are Catholic), it's actually the most reasonable in terms of cost compared to all the other private hospital (I later found out it's non-profit?!), the whole vibe of the hospital is calming and my Gynea recommended this hospital as well (although he can deliver at any of the private hospitals).

We chose the St Michael's ward which is made up of single bedder rooms. We thought it was quite apt since we were going to name our son Michael ... lol. But also, it's single bedded so my husband can stay over with me (he's a very involved husband and dad). 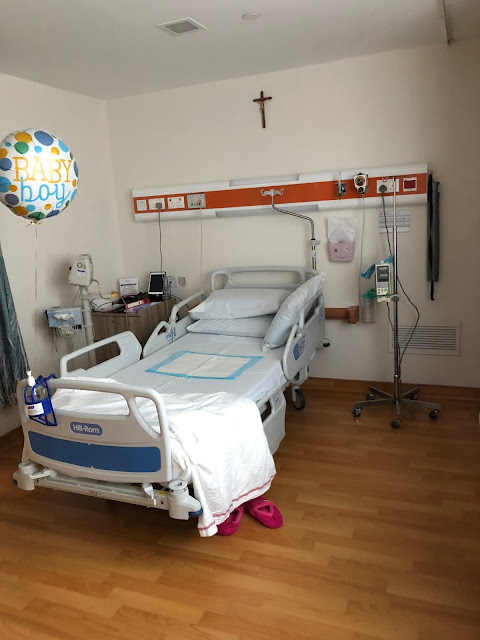 My room where I spent 3 pretty awesome nights. The first night we both slept like sooooo well, super comfy and super deep sleeps. The subsequent nights.... well, Michael's feeds became more frequent and longer (they are pro breast feeding). Uughhhhhh... so tiring. 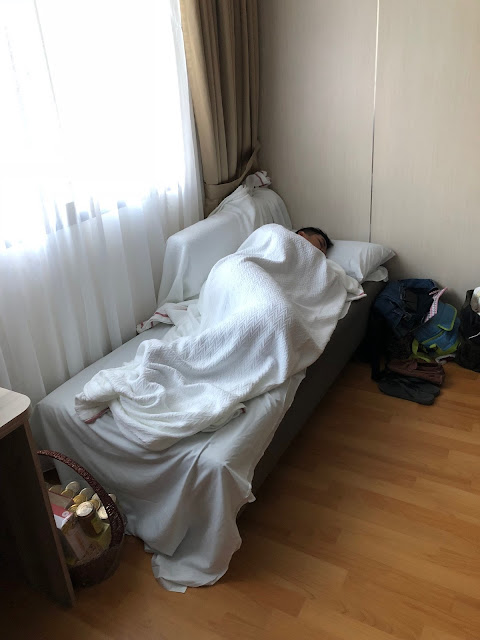 This is where dads sleep. They do provide lots of spare blankets and pillows. It's a pretty comfortable set up. Oh and by the way, the housekeeping auntie that cleans the room does such an excellent job, it's so dustless and clean. Plus she does it with such a cheerful demeanor, actually almost all the staff at St Michael's ward are very warm and friendly. 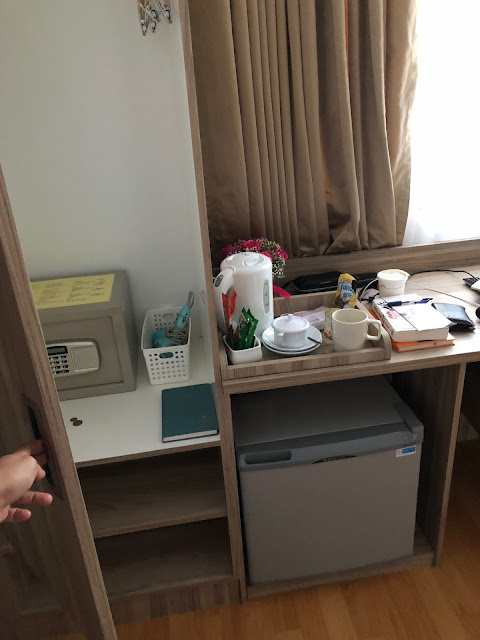 There's also a wardrobe, a safe, a mini fridge, a desk for my husband to do his work on. 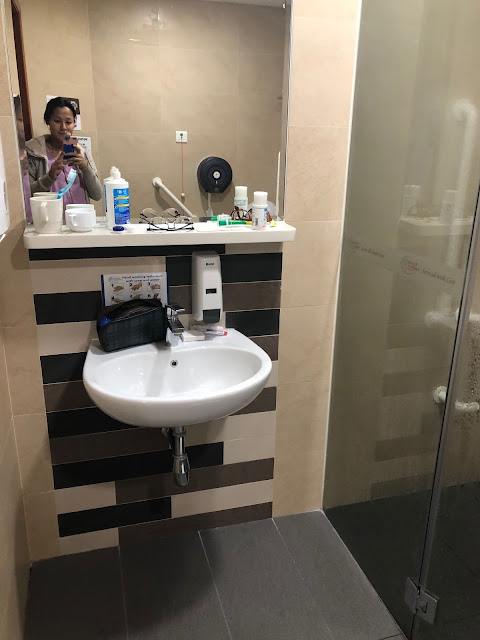 The bathroom is huge. 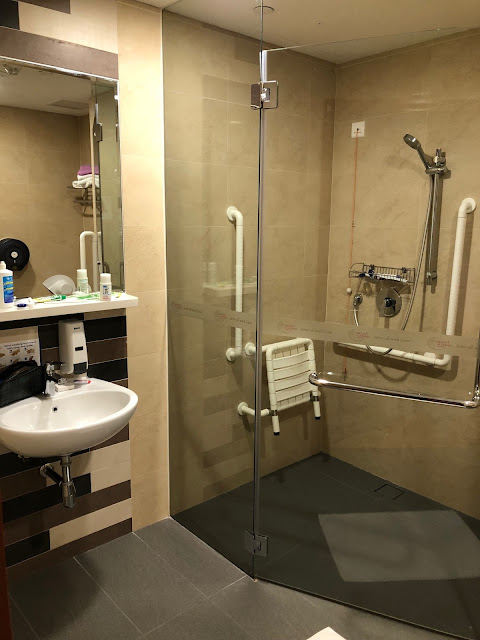 Has all the safety features one might need. But to be absolutely honest, I was up and about and walking like normal the next morning once the catheter and IV drips were removed. 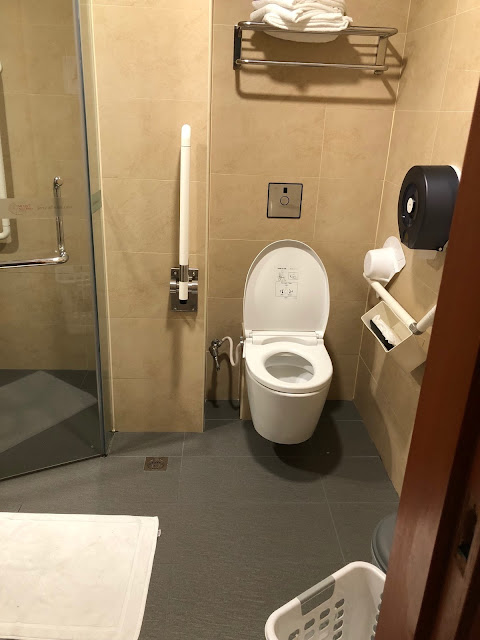 Oh by the way, there's an old wing and new wing or something like that so not all the rooms are nice and spacious. The one we viewed while on hospital tour previously was an old one that was more cramped. So glad we got the new one. 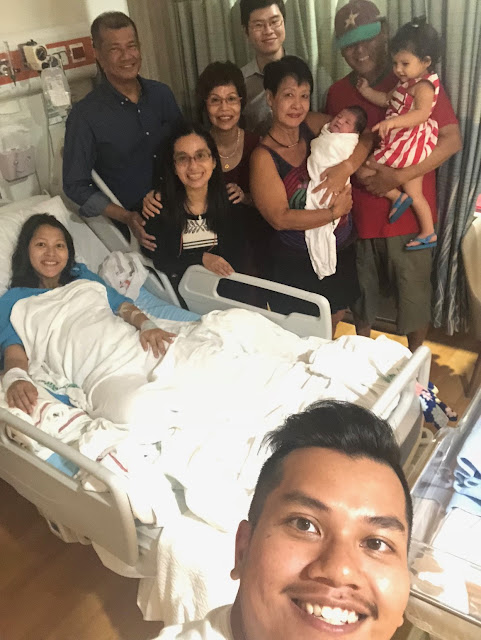 The perk of having a single room, is that there's no limit on your visitors (within reason of course). 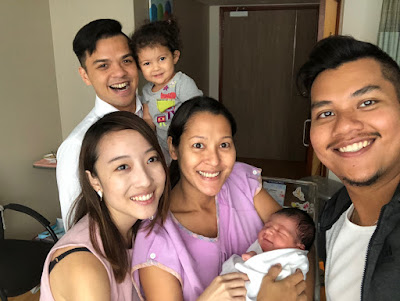 So family and friends could stream in, no problems. 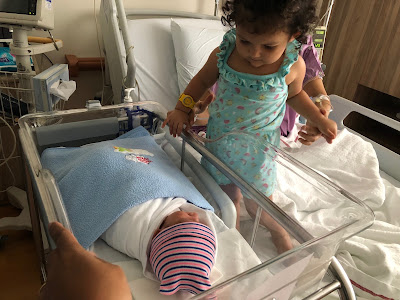 This room allowed for us to have ample space to entertain Myla and her toddler energy. 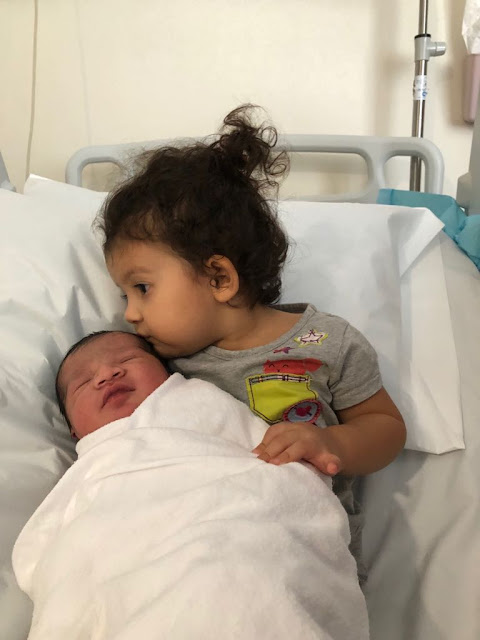 And gave her a safe place to bond with her baby brother. 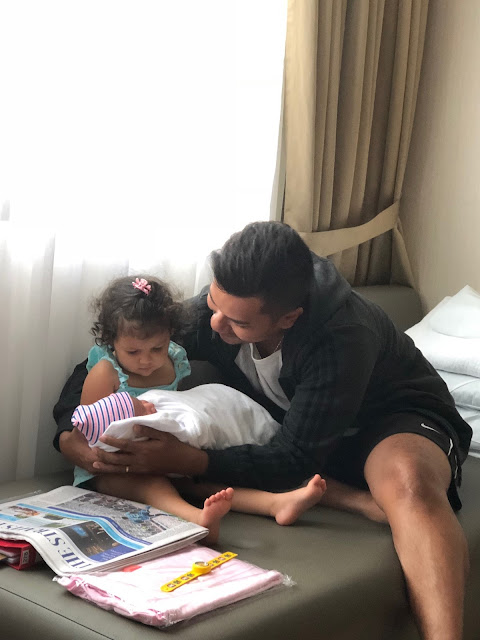 Meals were excellent, especially from the western menu (I had really good tenderloin steak, even though it had to be well done instead of medium). 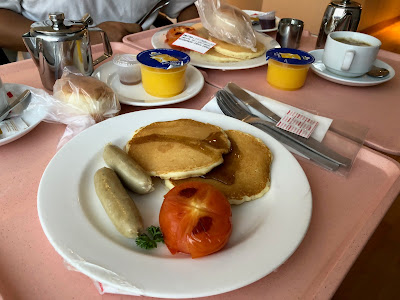 They also have a confinement menu but I don't belief in confinement, plus the dishes were not appetizing to me so I didn't choose any meals from there. But if you want confinement food, yes they do have it. 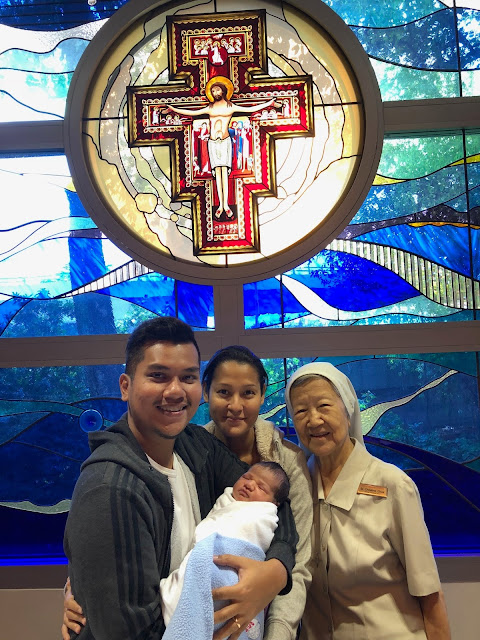 The special touch Mount Alvernia gives that no other hospital can is that they will bless your baby in the chapel there before you check out/get discharged.

Final bill was 7K plus in cash, after a 4K plus medisave claim. But I think ours is a little higher because emergency csect, and if we had made it to our elective csect date it would be slightly cheaper (we were told to expect it to be 8-10K before the medisave claim).

For now, I better get some shut eye before Michael wants his next feed.

Houlland said…
This comment has been removed by the author.
10:01 am