Letters to Myla Rae - Your Momma Was a Shortie

on January 20, 2017
Open when -  you feel like all your friends are towering above you. 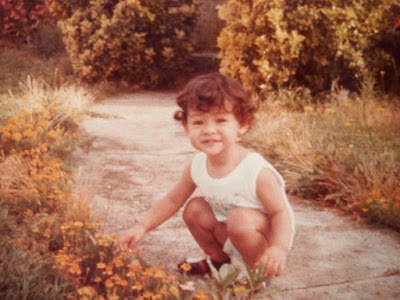 Yesterday, this photo came up as one of those memory throwback thingies on Facebook. It was taken by my blogger friend Alvin Lim (Alvinology.com) some years ago at an event. 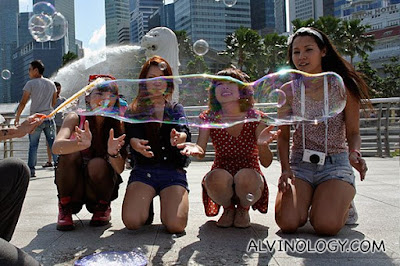 The first thing that sprung to mind was... I look like a juggernaut.... lol.

Then it occurred to me, that it wasn't always that way. Like you, your momma was a shortie. Yes, no word of lie... I spent all my childhood being the shortest kid around.

And I was born a BIG baby. Pushing 4kgs, I was twice your birth weight actually. You, on the other hand was born early, plus I had placenta previa issues which caused the placenta to stop working well in our third trimester. From week 33 plus gestation to week 35 plus, you didn't grow. So we had to get you out. (Look up IUGR if you're curious).

I've always carried this sense of guilt, like it's my fault you were born tinier than you should have. And with that came a whole host of worries as well. But you turned 1 not long ago, and you caught up! You caught up!!!! The doctors at your birth said it would take about 1 year to catch up, but when you were past the halfway mark (about 6-7 months old) and your weight, height, head circumference were still NOT EVEN ON THE CHART... I thought you were never going to catch up. Other preemies who were at the hospital with you (some who started smaller than you even) had caught up already. It irked me when other moms would say things like they're worried that their child is only 10th percentile on the charts.... 10th percentile is within normal range, and it's on the chart! You were in the negatives... you didn't even get a percentile!

Well, at around 10 months (I think) your weight finally hit the 3rd percentile. YAY!!! I was so happy, and it came as a surprise too. And a few weeks ago your 1 year review, everything is on the chart now. Finally. Your weight is now between 10-20th percentile (hooray!), your head circumference is 25th percentile. And your height finally scrapped into the bottom of the chart at 3rd percentile. This will all keep improving this year and beyond. We've got the hang of it now! :)

Despite these gains, you're still tiny for your age. I hate people asking your age, because when I tell them your age, they either exclaim they thought you were much younger, or they give you a funny look like there might be something wrong. Worst of all, suggesting that I don't feed you well enough. *I'm rolling my eyes*

This will probably be something you will face through your childhood and early teenage years. I was a big baby, but a very small child. Every year in primary school, I would sit right in front in the classroom, line up right in front, have to stand in front row for photo taking. It took a long time for me to grow out of my clothes. People always remarking how their younger child was already much taller than I was.

And also one day, much to my mother's mortification, I came home from school with some form stating I could get FREE MILK. Bahahahaaaaaa, I think it was some welfare thing for poor skinny kids who didn't have enough nutrition. My mom (your G'ma) never deprived us of food. There was always hot delicious food on the table every meal time.

I just didn't grow much.

It did impact my self esteem. I was a shy child. I didn't participate in sports... where I fared far worse than my bigger, taller, faster peers. My uniform in lower secondary, was huge and hanging off my tiny frame. I remember this because schoolmates used to tease me about it. :/ My brother who is 4 years younger, started to catch up in height around the time I was 11 or twelve. So we could have passed off as twins, or some would have to guess who was actually older.
﻿
Whenever we visited my cousins in Australia, for sure there would be comments from relatives about how short I was compared to my similar aged cousins. Holly Jean so short. Harmless teasing... but in retrospect... oh my god... please don't make this kind of comments about children lah!!! They are listening! And it can be damaging to their self esteem.

But then it happened. Puberty. Glorious puberty. 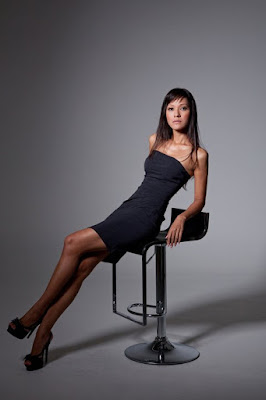 ﻿
I walked out of school as the shortest girl in class on the last day of term when I was 15. And walked back in to school just 2 months later when the new school year re-opened, and I had suddenly become one of the tallest. From being the shortest female in my family on my mom's side, I'm now one of the tallest (maybe even the tallest, actually). No kidding. I have some wicked stretchmarks (now quite faded thankfully) on the sides of my knees because of this spurt. I didn't get even one stretchmark with my less elastic 34-35year old skin when I was pregnant with you and gained 20kgs. So yeah, that was how phenomenal that puberty spurt was. 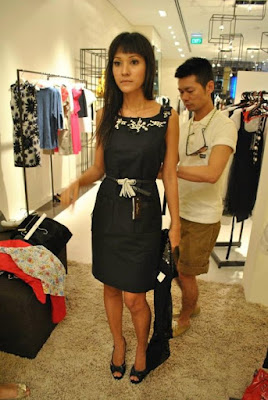 ﻿
I'm not supermodel tall, but I am taller than average. Having those short and runt-ish beginnings made me develop resilience and a thicker skin (kind of had no choice), I am not affected by how people think I look. This would not have happened if I were never a shortie.
So yes my dear, if kids are teasing you because you are short now. Take a look at this picture of your juggernaut mum. Genetically, you are destined to be slightly taller than I am in this picture (based on your dad's and my heights). May puberty be glorious for you too... if a huge spurt happens, great! But if not... then look at the other 2 petite women in that picture. Tiny but mighty. Stronger than I could ever be.

Anonymous said…
You, your mom and gma look quite young and pretty! Runs in the family :D
4:21 pm

Anonymous said…
Your gma looks really young for her age! Really love all these letters to your daughter. I love reading these posts! Thanks for sharing with us as well
1:50 am