on June 16, 2016
So I got the Pearhead 3D babyprints deluxe sculpture kit with the intention of making some really cute plaster casts of Myla Rae's hands and feet as a keepsake.﻿ 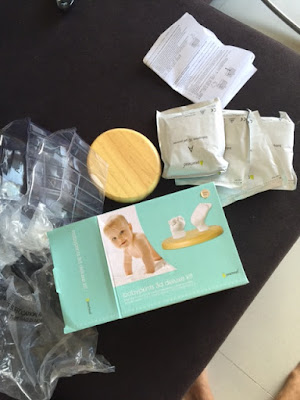 She can't sit up on her own yet, so like it's hard to get her to stick her hand or foot in the gelatin mold because I would need to carry her and do it for her. I couldn't do it while she was inclined in her rocker. 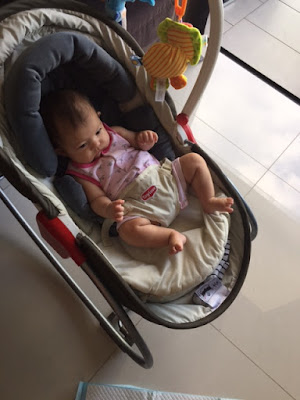 ﻿
Imagine trying to put this baby's foot in a flimsy tub of liquid gelatin and then have her not move her foot for 2 minutes so the gelatin can harden and form a mould. It's impossibru!!! 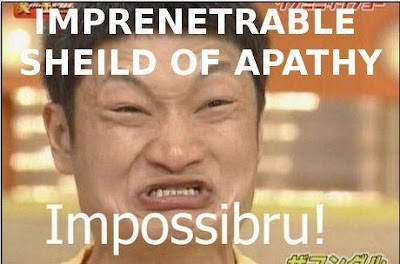 This would be better for newborn (I think, because they would just sleep through the process and not move??) or older babies who can sit in a chair and then they can just dip their feet in the tub on the floor (if you can get them to be still). After I fucked the first mould up (because she was wiggling so much), I did think that perhaps I should wait till she's asleep at night because she goes into hibernate mode at night. Like really bomb blast also she will sleep through. But then because of who I am as a person, I couldn't wait that long.

So I used up the other pack of gelatin ( only 2 sets in this deluxe kit). This time I got David, to suspend her in the air... while she watches Baby TV. And I hold her foot in the tub of gelatin. OH MY GOD... longest 2 minutes of our lives. AND THEN... when we wiggled her foot out gently after 2 minutes, the bloody inside of this mould was still too soft and hadn't formed properly. Arse. 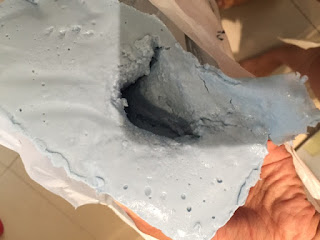 Here's one of the moulds... the better one of the two! Obviously I didn't bother going ahead with plaster casting (pouring plaster into the mould) because I could very well see that the shape and features of my baby's foot had definitely NOT formed in this mould. It looked like mush inside. 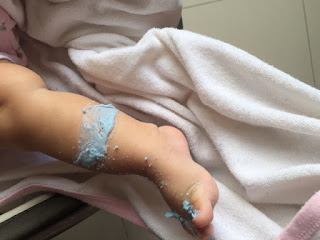 So just gave her a bath to get the gelatin off. End of project. Lol.

But to salvage the plaster (it's coloured to match her skin tone u know!) that came in this kit, I'm going to buy some plastercine (playdough) ... probably $2 from Daiso and use that to squish over Myla Rae's hands and feet to form a mould. And then pour plaster in that. Should work fine. But I won't be able to do a whole cast (cos I can't wiggle her out without deforming the mould).. will just make do with some hand and foot impressions and fill those in with plaster.

Ok update you soon once I complete this project Plan B!