The Light at the End of the Tunnel

on February 18, 2016
Since my last post on my blog... things have started to get better and better with Myla Rae. She's been sleeping through the night consistently for more than a week now. I do try to wake her for a feed in the middle of the night (sometimes successfully, but sometimes she takes 3 sucks of milk and passes out haha). 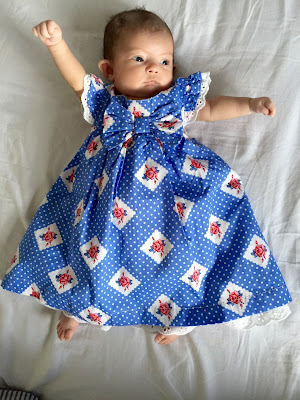 So glad to finally get a diagnosis (milk protein allergy) on why she was crying from 11pm till 6am non stop. And to find out it wasn't colic. Was really frustrating giving her dentinox, rid wind, Dr brown's bottles, tummy massages, foot acu point massages, tummy binder, ru yi oil, telon, colic calm, bicycling legs, skin to skin, elevate her mattress to be on incline, humming, bouncing, go for walk in stroller and baby wearing her, and doing ALL the things that worked for other people's colicky babies like a charm... but having ZERO results. (Sometimes so desperate that I did ALL of that in one single night even)

Another GREAT thing... I have just stopped pumping. Freeeeedommmmmmm!!!! She can finally latch on (well, she has had a strong enough suckle for latching on since a couple weeks ago, but I just wasn't confident about it, so was still pumping and bottle feeding her). So now we've found a great balance (of direct latch breast milk & her Amino acid milk formula, it's a special one where her system does not have to break down any proteins... but it's oh so bloody expensive, seriously... VERY. ) Her digestive system should mature enough to be able to break down proteins at about 6 months old, so we can transition to a HA type formula then, will be like many times cheaper. Also for now, I can't take any diary proteins (and no soy protein too!) in my own diet, because it gets to her through breast milk. Argh, I try la... haven't been consistent but so far seems ok for her. 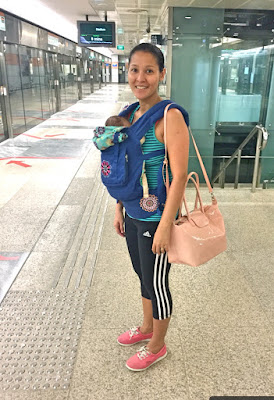 So.. between, her sleeping through the night, and being the same easy baby she has always been during the day, us getting our feeding routine down (it used to take a VERY VERY long time to feed her) and me no longer needing to pump milk (another tedious and time taking endeavor)... it's been wonderful!

So we've been out and about and enjoying life. Previously, I would take her out less often because I thought it was like over stimulation that was causing her sleepless night episodes. But actually no, she can pretty much regulate it herself, if she's over stimulated while we are out, she just goes to sleep.

So, we are finally out of that dark tunnel. But as my friend aptly put it, in motherhood, you get out of one tunnel and enter another one. Haha... I think the next big tunnel with be teething and/or sleep regression and/or excessive clinginess. Who knows?! Let me just enjoy this 'easy' bit for now. :) 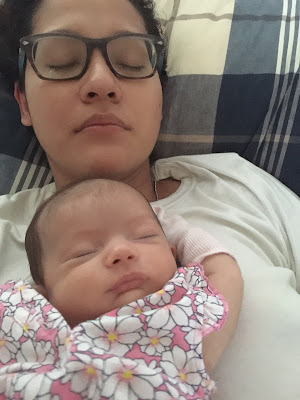 (oh by the way, her baby acne completely disappeared too after a week... it's been gone for many weeks now. I just used Mustela Hydrabebe to clean her face a few times a day, it cleared within a few days. Love that product.)

Her Passport is ready for collection!! Whoo hoo!! heading down to ICA next week to collect it. 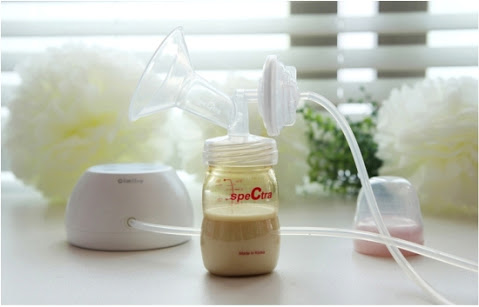 P/S- I'm selling off my Spectra M1 pump (Dual), listed on carousell (http://carousell.com/p/43924946) . It is a very good pump. And I still remember the night I first got it, and used it for the first time. The relief (from engorgement) was beyond words. So if ypu're a pumping mummy (I feel your pain), this is a good pump to have.

Just email me hollyjean69@Gmail.com if ur interested. ASAP. Will update here once sold. **SOLD**

Unknown said…
Omg. ur fren is quite rite. Nobody ever told me so correctly before. It's really 1 tunnel out.....n in e next. N when u finally understood what to do n what they want, they change their 'style'. I'm in my bb's 5th mth.
10:08 pm

Anonymous said…
Holly, would love to read about your days with Myla Rae, how do u do it?! A new mom and a baby girl in tow??! How do you dress for nursing when you are out and about?
1:40 am

Holly Jean said…
I wear regular clothes cos I don't nurse in public. I go nursing room ... Though I have been caught a couple times where the vaby room doesn't have private cubicle. Or the room smells like baby poop, so unappetizing siah. Or worse still, people keep knocking the door so very Gan cheong have to hurry.

Maybe will practice nursing under cover at home first.

Also I bring her neocate formula with me in case no where to nurse or if I want it to be fast, she just takes the bottle
3:33 am

- Zabrina H - said…
Congratulations on ur successful bf journey! So happy for u both. And Looking pretty lil Myla Rae!
11:48 pm