Life After Terminating an Ectopic Pregnancy 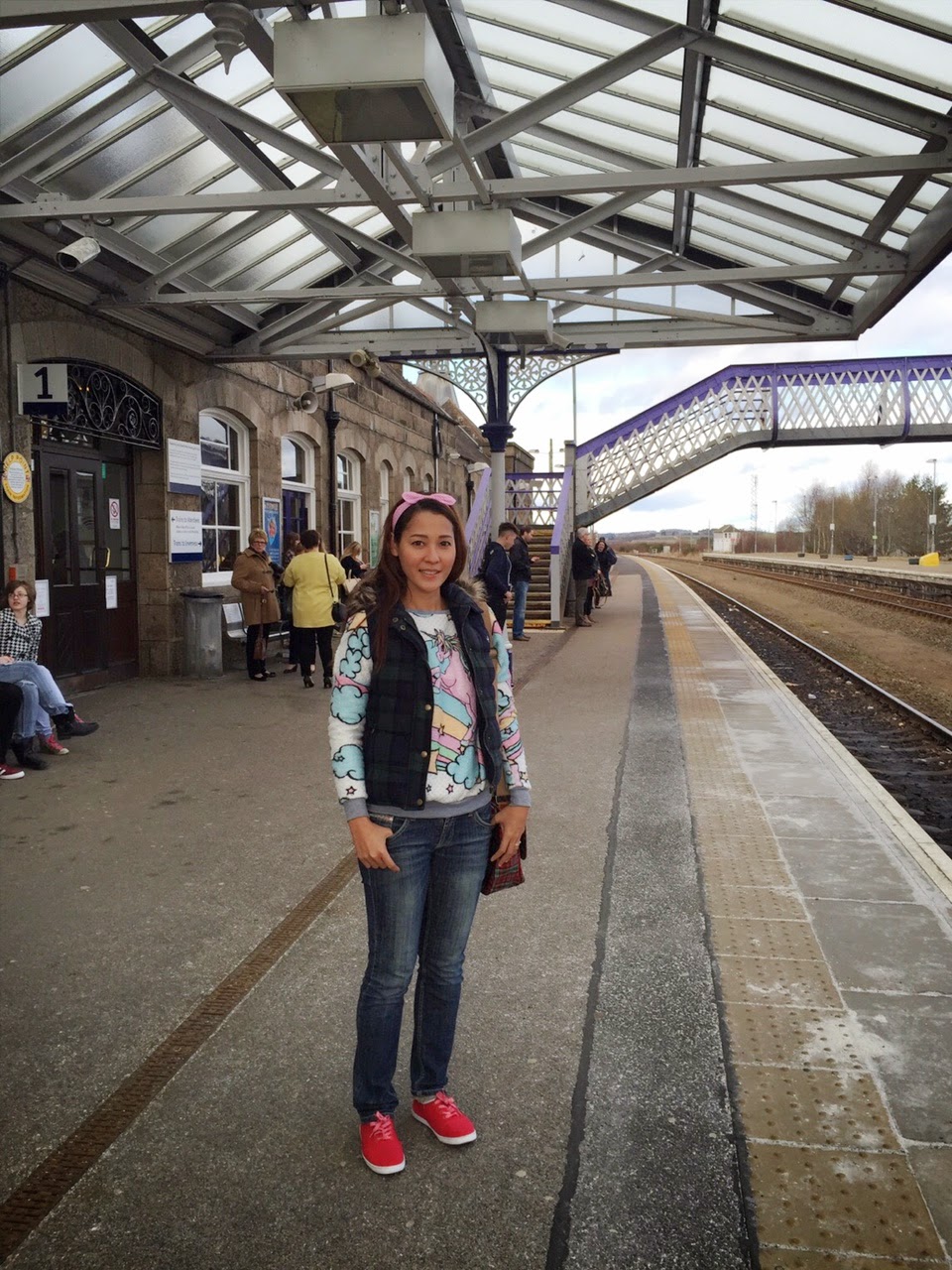 Who would have thought that one ectopic pregnancy can set a couple's 'trying to conceive' schedule back by almost 6 months? That's half a year! 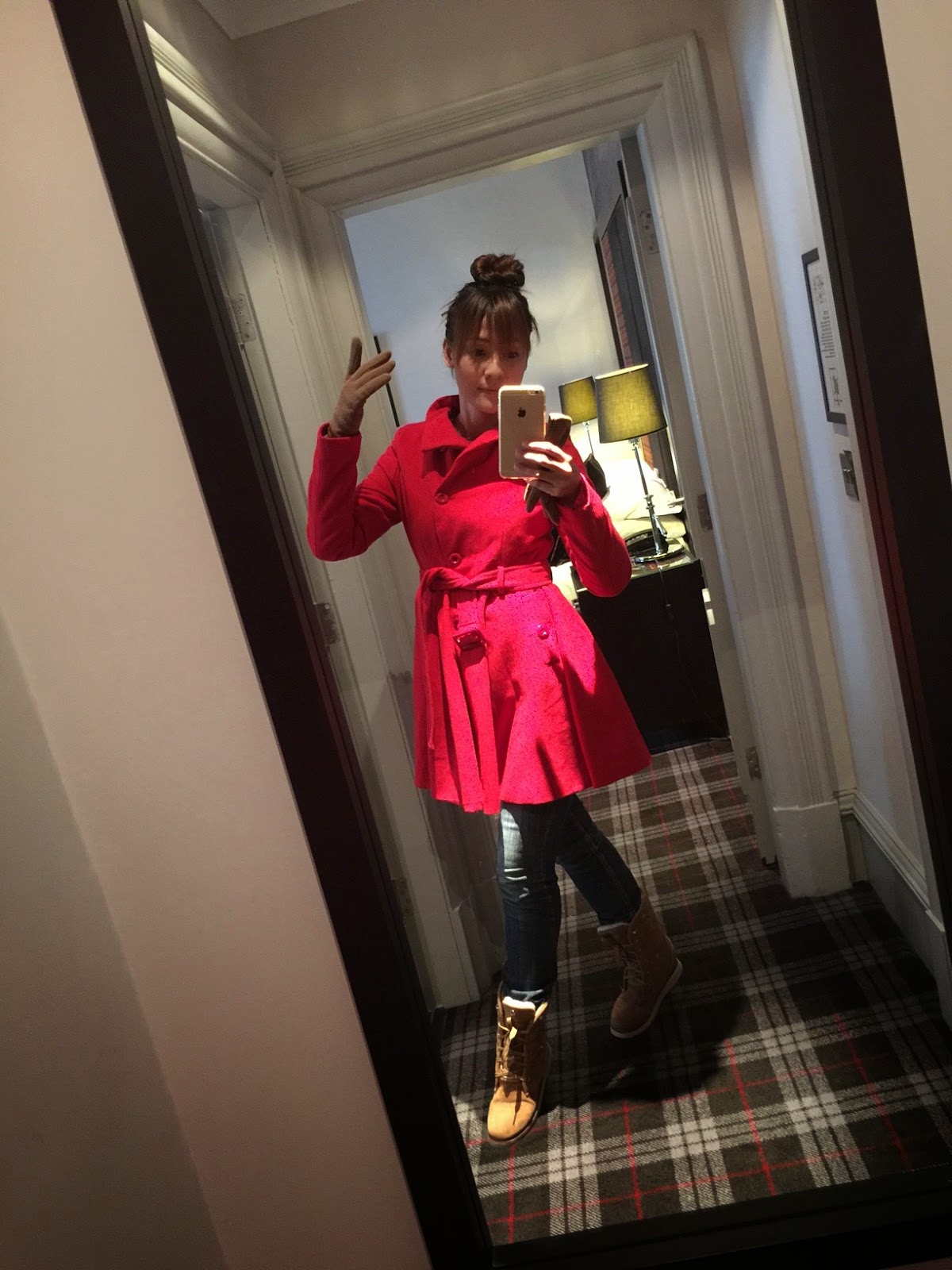 Being away is good, a change of scenery is a good distraction... so once I'm back in Singapore I just have another week or so to wait, and then we can start trying again.

The rough time line was:
- Got pregnant November 2014
- Tested positive early December 2014
- Because of bleeding, Beta tests done. Was told it's early miscarriage (chemical pregnancy).
- Early to Mid December. Follow up beta tests showed increasing HCG levels (but not increasing at normal levels). So turns out it wasn't a miscarriage. Was told only threatened miscarriage, put on progesterone support and bed rest. Have had a couple of scans but too early to see anything
- End of December, was still on bed rest, no more bleeding. The 7th week scan showed that the baby has implanted in my right fallopian tube.  :(   This is an ectopic pregnancy and is not viable. This also explains the wonky HCG levels, and previous bleeding.
- Was given some options.
1. to have close monitoring and see if the body would just abort the ectopic pregnancy itself. Supposedly happens in like 25% of ectopics, the body gets rid of it. Can be dangerous too because if the baby keeps growing, it will rupture the tube and cause massive internal bleeding.
2. to have keyhole surgery (laprascopy I think it's called) to go in and remove the baby. This has it's risks as well, like damaging the tube/having to cut tube out.
3. Take the Methotrexate jab which will terminate the pregnancy.

I chose the Methotrexate jab (MTX). I didn't want to choose the option to just wait and see, because I did feel like my body wasn't going to abort this embryo (and the rising HCG levels was worrying me... means the baby was still growing. I didn't want to be a ticking time bomb).

If you have a confirmed ectopic pregnancy, I would suggest not waiting and just get the MTX jab. It only works if diagnosed early (meaning lower than 6000 HCG level, baby no heartbeat yet, and no internal bleeding yet). It costs very much less than surgery ( think I paid less than 100 for the jab, and this was at a private hospital. Not including the price of the scan etc of course, which you have to get even if you do surgery. The surgery itself is about $1k). It is also non-invasive, no surgical scars to heal from.

I am also pleased that I got my period exactly 4 weeks after my HCG dropped to zero (non pregnant level). Because I read some women don't get their periods for months after as it can throw the cycle/hormones off whack.

The only shitty thing about this MTX jab is that you cannot try to conceive for 3 months after having the jab. MTX also drains the body to the point of extreme exhaustion, I had never been more tired in my life... which I don't mind. I can cope with that. But I have a new found respect for all cancer patients who have to undergo long bouts of this chemotherapy drug.

Yup, MTX is a chemotherapy drug. What it does is depletes (or blocks?) all your folic acid, so the baby can't grow. And it kills rapidly growing cells (like cancer, or like that of a baby/foetus growing).

Then you cannot conceive for 3 months after (this is if you have had one dose of MTX), because it's still in your system and your baby will have serious defects like spinal bifida if you do.

So that is why getting pregnant in November last year has set me back almost 6 freaking months. We can start trying again in April. And like I said, time has been c.r.a.w.l..i.n.g.

But I am thankful that it was diagnosed early. And that one MTX shot did the trick. Initially, a week after the jab, my HCG level was still rising a lot. Even the doctor was like.. oh nooooo.... cos if I have to take a second shot, it would set me back an additional 3 months!!!  But thankfully, we waited it out another week, and the next blood test, my HCG numbers dropped my half. Phew!

After that it really took it's time to reduce, and i kept worrying with every blood test that the number might jump back up. It only finally went below 5 (under 5 means normal and not pregnant) on the 5th of February 2015 (5 weeks after the MTX jab). It was a big relief. The 5th of Feb was also when I would have been starting my second trimester if my pregnancy wasn't ectopic. So it was a bittersweet day.

Ectopics are very rare (like 1-3%) so when I was going through it, I didn't have many people to ask about it. There isn't too much about MTX for ectopics on the internet either. So I'm just putting this out there in case someone else who is facing the same situation is looking for an account of what it's like.

Also I think I should state that there wasn't very much pain for me. The scan at week 7 when the ectopic was seen and confirmed, that scan procedure was painful, all previous scans I felt nothing. And I definitely had lower back ache (this was during the week after the MTX jab (week 7 to 8 of pregnancy), so when my HCG that week had risen, I did think oh no, that pain was because the baby was growing bigger still.

I would just get sudden sharp stabs (always on my right side)... but these were very sharp and very fast. And then nothing. Probably happened less than 10 times throughout the 3 months from dec to feb. So not often at all.

Also, I read that when it's going to rupture, you will feel a pain in your shoulders. This made me paranoid lol, every (imagined) pain I had in my shoulders I would worry and think the MTX is not working and my tube is going to rupture.

I don't know if I have a higher pain threshold or what (cos the nurses and doctor would keep asking me in a very concerned way if I was in pain), And I would always say no. To me it was really no pain. But if you have just a sporadic stab pain, lower back pain during the later weeks, and just a light muscle ache kinda feeling throughout... it could still be an ectopic, so get checked. Even though you read online that the pain is obvious and quite extreme. It wasn't so for me.

Anonymous said…
You can also take this time to build up ur health so that u'll be as healthy as possible when u try again. Good luck!
5:09 pm

David said…
HJ, Thank you for sharing your emotional and at times painful first pregnancy. Through the ectopic pregnancy you no doubt had great fears. From that fear however you have gained and learned a hard lesson about courage. The courage you will need for future pregnancy's. Waiting the months you must wait in order to safely concieve a child is teaching you patience. You have also learned much and you are doing other women a great service by sharing this knowledge.

Many like me are praying and trusting you and spouse will grow into not only a couple blessed with a great capacity to love and know joy, but also grow into loving and joyfilled parents.

Anonymous said…
Hi, our church is having healing & ministry section tomorrow n i think that God has his plans for you. Tomorrow's session will be a powerful one specially for people who had been trying to conceive,with powerful true stories to share abt couples receiving God's grace after the previous h&m session. Would be great if you would want to attend it tmr, but nonetheless, we will pray for the best for you.
11:01 pm

Anonymous said…
Hi, I'm sorry you had to go through an ectopic pregnancy. I had one too in 2007 when I was trying to conceive. I had my period thinking TTC effort had failed again, only to discover I was pregnant a few weeks later. However the joy soon turned to sorrow as the hcg level didn't double as expected. A scan showed a heartbeat but in the fallopian tube. It was an emotional time when I had to receive the MTX jab right after seeing the heartbeat. I wish you success in subsequent TTC effort.
9:14 pm

Is it possible to tell me what private clinic u went if u don't mind...

Holly Jean said…
Im for the ectopic I went to the O&G at Thomson Medical Centre
6:22 pm

Holly Jean said…
Oh another thing-- u can't get MTX jab at any clinic... Only hospital can cos is a chemo jan and they take special precautions when handling

Holly Jean said…
Oh sorry I just saw ur invite. At the time of this post, I was still in UK though... Cld not have attended it. But thank you
6:30 pm

Congrats on your current pregnancy! I just had a lapro yesterday to remove an ectopic pregnancy. It implanted on my rectum. There was no pain or whatsoever; the doctors thought it was a blood clot or tumour in my ovary until they did the surgery. I'm afraid I would have another ectopic pregnancy again but I'm glad that you got pregnant in utero...

Holly Jean said…
Oh in so so sorry to hear that. That's even more rare... That it implanted in the rectum of all places. Bloody hell!

Anonymous said…
Your timeline of the experience is exactly same as mine now. I can't accept as mine is not ectopic but failed pregnancy.
5:05 am

Unknown said…
I'm going through it right now had two shots day before yesterday. I'm just having really bad cramps. And thinking of getting a tattoo where the bandaids were in memory of my baby that never got to be.
10:26 am

Cindy said…
hi I really need your help I am now at NUh & I needed to decide right now whether to have surgery or to have my 2nd dose of metho. my BHCGT level today is 6935. It’s been a week with the metho treatment. heat was ur Level when you had your 2nd dosage?

I can’t remember my level by it was not as high as 6000s . How fast did it double? Mine was climbing but very slowly, not doubling every 2 days that kind. If it climbed fast over the last week then maybe consider the surgery.

Though I wld rather give a second metho shot a try because so much less invasive than surgery. I remember that after a week, my level did not drop and I was almost going to have that second shot but luckily by the next blood test it started dropping . Give it a few more days? Or just get the second metho shot and wait and. See. But def have help on standby like ur Husband can rush u to hospital in case of emergency. That’s just in case of rupture.

I remember I slept my main door unlocked in case I had to ring for ambulance and I was worried I bleed badly and I can’t make it to the front door to unlock it for them (I was living alone as Husband was overseas during this ordeal).

Good luck and be well