on August 01, 2014
I used to think I had a temper... until I met my husband. Man, he is explosive. He doesn't get angry at me or anything that I do, but when he's angry, I try to calm him down. So like, I don't get any opportunity to throw a temper tantrum anymore, I kinda miss it... hahaa 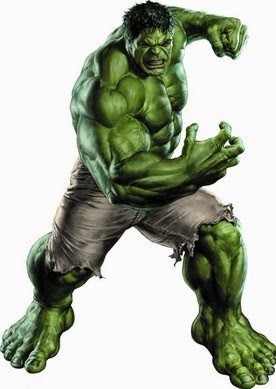 Anyway I always say to him "Hulk Smash!" not just because of his Bruce Banner temper, but because it's like he doesn't know his own strength, and his grip is often too tight. He always breaks stuff in our house because he just handles things too roughly (not out of anger). So sometimes if I know something is delicate, I will say, "You don't Hulk Smash ah... " before I hand the delicate item to him. lol

They say that you shouldn't let angry people get away with bad behaviour. If you put up with their anger, then that is what you will get.But have you honestly tried talking sense to someone in a fit of anger? It's scary and a waste of breath!Understand that the angry person in your life probably learned their anger patterns from their parents. Children pick up how to deal with their emotions by social and observational learning at home. Anger is just a bad habit to deal with the feelings of frustration because things are not going as the person wants.If you're in love with an angry person, making changes in the way you deal with their anger will bring about consequences both good and bad. Only you can decide if these ideas will work for you or not.1. Be calmWhen you interact with an angry person, watch your own level of anger when your partner is upset. Some people inadvertently "egg on" the angry person by being sarcastic, or nasty back at them.2. Don't criticizeWatch the type of complaints that you make that threaten his self-esteem such as statements of blame that start with "You always…" . Criticism and sarcasm about another person's behavior is not productive. Save your energy for problem solving.3. Get the timing rightDon't try to reason while they are still angry, and remember that people are more irritable when they are tired or already frustrated. When they are calmer, look them in the eye and tell them that their behavior was unacceptable.4. Set boundariesDefine your limits such as, "I'm not willing to watch you yell and hurl things across the room. I've got to go. We can talk about this when you calm down." Then walk away and leave them on their own for a while.It is important to note, that if you are living in a physically abusive relationship, you need more help than any tips I can give you. Get professional help or just get out of it. Hugs. 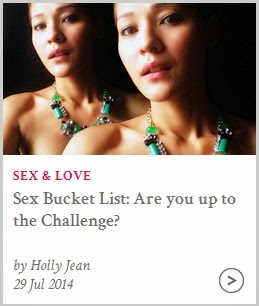 Anonymous said…
What's up with your sex bucket list entry?
Don't you know that sex in public is a punishable offence?
Go ahead and be a sex nympho but don't influence your readers...some of whom may be impressionable.
What if they get caught up in the moment and forget their surroundings and get spotted by someone or worst the police patrols!
Practice responsible writing and don't try to be some sex goddess please. Cheers!
9:07 am