Do Single Friends Treat You Differently After Marriage? 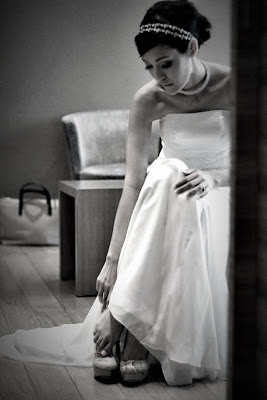 When I was single... and most of my girl friends got married... I always thought to myself.. "They're gonna change after marriage".

But they didn't really. Yes, they had much less time to socialise once they had babies, but on a whole, most of my married friends have remained the same. We still share the same gossip, do the same things we used to and have the same bond.
But whenever friends drift apart after one of them gets married.. we are so quick to blame the newly wed. Of course... she must be soooo obsessed with married life (that gloating insensitive bitch) that she cannot possible have the time to be the friend she used to be.

I haven't changed after marriage. I'm still a homebody. I do the same amount of work as I used to, same flexible weekday schedule. My cooking still sucks. I still like doing DIY stuff esp around the house. Even though we got married 3+ months ago, we already started setting up this home a year ago. Nothing has suddenly changed.

But there are single friends who don't treat me the same anymore. I get married and suddenly *poof* they disappear.

It's not as if I talk on and on about how great marriage is to my friends. If they don't ask, I don't say a thing about it. And even if they do ask "How's married life?".. All I say is, "Kinda the same really..." Because it truly is... kinda the same as before, just that I'm technically (legally also lol) married. 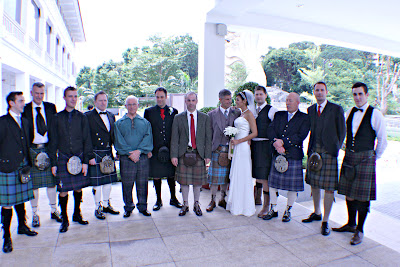 So I don't understand why some of my single girl friends have pulled away. David's guy friends are still the same. A sad part of me knows that one of the main reasons is jealousy. You know how you can tell whether someone is genuinely happy for you or not? Well, there are some people who aren't good at hiding their jealousy at all. They were always there for me when I was going through rough times in the past, and yet they are not happy for me when I am ok, when I'm happy, when I'm getting ahead in life.

Well, I've come to accept that there are always going to be people out there that try to rain on your parade. And if there's no rain, and your parade is fabulous... then they don't want to be there.

I'm tired of being the one pursuing the friendship. It can't be one sided and if they are having issues with me being married, it's not anything I can 'change' about myself. Envy is normal but acting it out is not. I remember feeling so envious of my girlfriends when they got married or were pregnant. But despite the envy, I was happy for them and helped them have a joyous time. 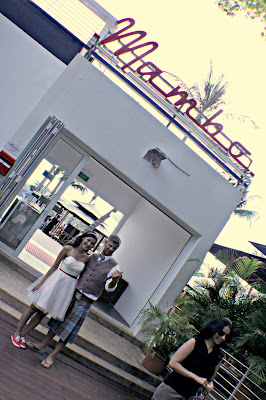 For those single friends out there who cannot see that my happiness is not the cause of their unhappiness... I bid you adieu.

Anonymous said…
totally can relate to this sentence u wrote---->"You know how you can tell whether someone is genuinely happy for you or not? Well, there are some people who aren't good at hiding their jealousy at all. They were always there for me when I was going through rough times in the past, and yet they are not happy for me when I am ok, when I'm happy, when I'm getting ahead in life."
11:45 pm

Kuen said…
Maybe they are afraid once you get married, you are happy and they'll be not and you'll have a lot less time for them, things change. Worst is when all the friends around them get married or attached, probably feel lonely.
12:12 pm

Anonymous said…
Some are really good rainny day friends and will always be there when you need them but they might not necessarily be good a sunny day friend.
4:04 pm

Anonymous said…
Honestly, It's not jealousy. For me it's because it makes me feel sad because I feel like my life is going no where whilst my friend is feeling happily in love. if i'm jealous then the more I'll meet up and go "marriage really that good meh? you mean you don't find his blah blah blah actions soo annoying? i definitely think single life is sooo much better. got freedom blah blah" saying all that to make myself look better if I was jealous.
4:10 pm

Anonymous said…
I have had one group of friend who literally stopped asking me out to group birthdays after I got married. Was pretty sad but got over it. I figured they might have just been uncomfortable with me being the only married one among them!!
10:06 am

Anonymous said…
No it's not jealousy. I don't have out with married people because they'll never be an equal friend to you and want to hang out with you as much as you want to hang out with them. I end up feeling 'needy' and I hate that. And I don't like that married girlfriends never want to do anything anymore because they're content to stay at home and watch tv with their husband (or play with their kids or pets) or cook.. single people (well me at least) find staying at home and cooking and watching sport on tv boring as hell! I find that married people never go out or do anything much and single people are always tirelessly looking for 'activity partners'.. it's just easier to hang out with other singles.
4:51 am