How I find the iPhone 5

on October 01, 2012
I had to buy a new phone last week because my previous iPhone died. Like really died. I spent $60 on repair.. it worked for a few days, and then konked off again. What a waste of $60, which could have gone straight to buying my new iPhone5. 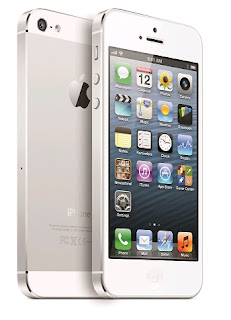 I was so thankful that there was no longer a mad queue of kiasu Singaporeans (everytime there's a new phone launch these people start camping over night... I would hate to be in a war time situation with them...I would never survive. I'd stroll there after a nap and all the food rations gone!).

I paid $473 for it and recontracted my subscription... which sadly, now only comes wiith 2GB data bundled with it.

I love the look of it. It's very sleek and shiny. It feels so much lighter than the iPhone 4. I accidentally picked up my fiance's iPhone 4s (also white) yesterday, thinking it was my own and honestly, the weight startled me. It's quite a difference.

I don't appreciate the longer screen. Does nothing for me. Though I suppose to those people who have always been wishing for a LARGER AND LARGER screen... there you go, happy birthday.

I love the camera. Way better than the old one. Clearer, sharper, faster.  People have been moaning that the sapphire lens thingy that Apple added to the iPhone 5 might have a flaw. Then a FB friend of mine told me to take a picture directly of the sun to see if a purple halo appears (this is supposed to be the 'flaw' of iPhone 5). 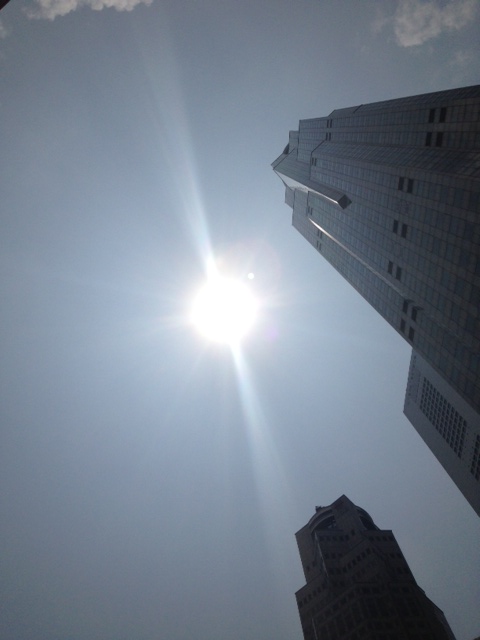 I did it. Looks fine to me actually. Then someone else on FB told me I should not have taken a pic of the sun directly, his exact words were- "Congratulations, you have just fucked up the sensor in your iphone 5 camera".

(It seems, I have just read, you should never do this with point and shoot cameras. Only with DSLRs, it's safe). Damn it... I hope I didn't ruin it... cos I don't have a picture of the sun with like purple Tinky Winkies dancing around it... I just have a mediocre picture of the sun to show for it.
This is a regular shot. See... I definitely prefer this camera to the iPhone 4 one.

Thus ends my layman girly review of the iPhone 5. Thank you. :)