on October 25, 2011
Some Singaporeans make examplary parents, and raise wonderful kids. In my years as a school teacher, and even now, I have been around children and teenagers who are a delight to interact with. They are well mannered, intuitive, have a sense of humour and are are intelligent (not necessarily to Einstein-ian Levels).
Yet an alarming number of children, I dare say- the majority... are poorly raised. 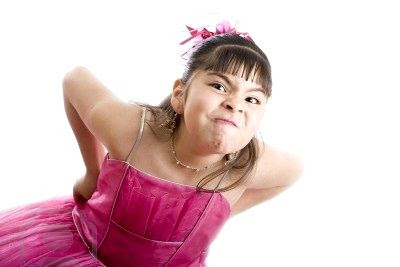 Tantrum throwing, over indulged, just plain rude. Excuse me, that's not cute. It's disgusting!
Usually when I see a child behaving badly at a shopping mall or where ever, I don't reward their behaviour amusement. Instead, I look at their parents with distaste.
Or if I do something nice like help hold the door open, or pick up something they have dropped, and they don't say thank you or even smile... I am very put off. It happens so often!! WTF are you teaching your kids??
Of course I won't scowl or stare angrily at the child itself, they are not my children to raise, it is not my place to teach other people's children some common courtesy and social decency. 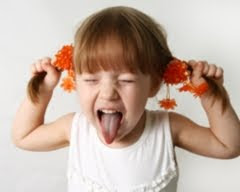 I think how a child is (and what they grow up to be like) is more nurture than nature. For instance, I don't remember my younger brother (Wesley) EVER having been disciplined a day in his life. He was always just naturally obedient, and problem free as a child.... but me? I had to get a few smacks and lectures growing up to put me on the right path. But the way my parents raised us, even though we were given the freedom to choose, we were also taught from an early age to have a conscience.
So yeah 2 different characters my brother and I, but we turned out pretty much similar (except that I have a bigger temper than he does). So it irks me when I see people raise kids to be annoying, selfish, spoilt!
"Kids will be kids" is not a good reason for your child behaving poorly.
So treat them kindly, love them, provide for them, but also teach them and instil in them values from a very young age. Don't let them grow up thinking that the world is there to serve their every whim and fancy. Because... News flash- Your child is not that special. He or she is one of millions, get over it, or else risk raising a child that no one else really likes or thinks much of.
How about looking at the bigger picture guys? Instead of raising pseudo royalty, raise a great all-rounded Child who pleasant, has good character and is truly (of course your own friends will not tell you your kid is shite) well liked.
I know that if your kid is the kind I am talking about here, then you're probably going to feel indignant. Who is this bitch who has no kids, telling me how to raise mine?!
Don't listen if you don't want to... it's ok, your child will learn one day, when someone punches his/her annoying face.... or trips them on the escallator *oops* (not me of course, I was raised too well to do any of that).
What's your opinion of Singaporean parents nowadays?

Anonymous said…
The behavoir of the children reflect on how the parents behave towards them and others. Children mimic their parents.
9:19 pm

Anonymous said…
I agree. It annoys me when I see rude and spoilt children. I once saw a rude child (about 10 years old) in the library scolding his mum for asking him if she should borrow this particular children's book. The whole library could hear him say "Just borrow la! You damn stupid leh!" What the hell??! I was damn infuriated. Why would the mum let the son bully her like this? Furthermore she just kept quiet after that. Kids nowadays have no manners. And the parents let them get away with it. I so wanted to go over and slap the boy at that point of time.
10:41 pm

tomato said…
i STRONGLY agree with everything that u've mentioned !!
I have 3 cousins who are totally out of control. 1 of them is 10years old and the other two are 8years old.
They have no manners to people older than them including their grandparents, uncles, aunts & cousins. They would always order people to do things for them or scold people who do not treat them nice.
There was once when I went Genting with them, they would always pick up a fight with each other along the way. On top of that, when we were doing our shopping around, they would ask their parents to buy things for them. If their wishes are not granted, they would either shout at their parents or throw tantrum by sitting on the floor to cry. I felt VERY embarrassed when standing beside them.
In SG, when we go for dinner together, they would also make a big fuss with their food. They would complain that the food ordered by their parents are not what they want.
To me, even pampered kids should be taught the basic manners and behavior in public. I think there should be parenting course for such parents.
10:53 pm

Sezanne said…
My sentiments exactly! There's this one time when I was holidaying in batam and having breakfast, this girl about 6 yrs old, could not reach the milk dispenser and I helped her get a glass of milk. She took the glass from me and did not even smile or say thank you and walked off like I was her maid! Gosh, was I stumped! The first instant I had was that she must be a singaporean kid! DAmn fwaking rude! Sg Parents should really teach their kids some frigging manners!
11:46 pm

Anonymous said…
Hi Holly,
Being a parent myself, (not trying to be defensive) but just like to share with you that it is never an easy job.. simply because it involves a lot of dedication, devotion and skill. :) I believe most parents tried and still try to do their best to raise their kids well although the results are never the same.
All kids a unique and all parents are different (even their own parents' upbringing may be different). One formula cannot apply to 2 kids even if they are borne by the same parents. Ideally, I believe every parent hopes to raise their child to to meet their own expectations (and eventually to fit in the majority of society standards).
My son can be an angel when he is happy, contented and healthy while he can be another extreme when any of his Maslow needs are off balance. Likewise, the same goes for me - my performance as a parent fluctuates from non-working and working days.
I guess for now.. we celebrate everyone's differences and challenge the conflicts when they arise. Well.. that's what makes the world interesting. (:
3:10 am

Anonymous said…
ANON 3:10am: You are just making excuses for yourself.


HJ is right. Sgporean kids these days are too spoilt. Blame who? Not the kids, but their parents. Poor upbringing!
3:46 pm

Theresa said…
Hi holly! I think you're abit generalising over here. I agree with anon 3:46am :)
I work part time in the f&b industry, and my workplace is in raffles place, so I really do see sporeans and other races alike patronising the store. I must say, many sporeans parents who bring their children will ask their kids to thank me after serving them. And those children will do so with sweet voices and shy faces. I saw quite a few cacausians kids on the other hand, who are very demanding. They want this and that, and their parents would not scold them but just give in to their "whims and fancies".
I also give tuitions and work with children on some occasions and I really find that most kids are generally well-behave and polite. Their parents are also very involve in their lives. Sure, there are rude ones, but I believe, they are only the minorities. I know of some parents who really do try their best to raise their kids, but their children just rebel. It really hurts them a lot. And its definitely not what they want. Plus there's so many commitments that they have to manage as well. So I guess, its better not to generalise until you really have a child.
5:47 pm

Contrary to what this post is suggesting, as a teenager myself, I have interacted with MANY well-mannered Singaporean kids. True, I cannot deny that therr are some really rude kids around, but are they really the majority? Because it's easier for us to keep tab on notorious kds than the good ones, isn't it?

And to Holly Jean, she admitted that as a child, she was rebellious, but because of her parents' upbringing, she has turned out well. So why not give the parents of these children a chance as well, and quit slamming Singaporean parents as a whole? Just for the record, my parents have been great, and as far as I know, so have my friends'.
10:50 am

jasmine said…
I cannot help but agree with you. This disgusting behavior is seen even at a really young age right now, I would know, I deal with kids everyday. However, too many parents these days, really do think that their child(ren) have no faults, or make excuses for their behavior. I have a 3 year old daughter myself, and I would never ever want to see her being labelled a brat, coz her mama certainly never spoilt her that way.
12:57 am

Anonymous said…
Singaporeans are generally devoid of empathy and human values. They dont care about their neighbours, its always "me first why I care about otherss" , they are unnaturally afraid of expressing themselves, dont make space for others on the trains, never travel out of singapore, their lack of expression makes them passive agressive e.g: splashing acid, scratching others cars, never heard of this in other countries), they are forever in survival mode, cant make meaningful wholesome conversation except for "that day hor.. i eat laksa" ..such mental voids they have, what do you expect from parenting! their children turn out like them!
4:06 pm