How Long Should You Wait?

on September 03, 2011
This is NOT a post about my relationship. Despite it being a new relationship, we are getting to know a lot about each other, and I'm very happy with the pace at which we are moving at. Maybe I will share with you more about us at a later stage. 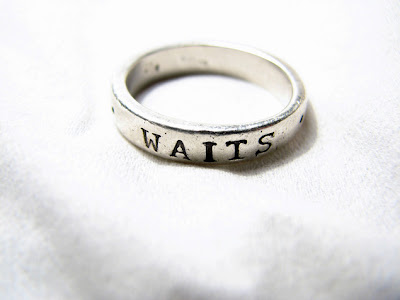 Today's post is about marriage. The majority of my friends are already married. A couple of them have children already. A few more are divorced or separated. And a few of them sadly ... are in no man's land.


It's a situation where they don't want to leave their boyfriends because they've invested too many years in the relationship. And of course, they do love their men. But then... the relationship does not seem to be moving forward.

I know that the thought of starting over again from scratch must be dreadful to many attached women. I myself have had to start over from scratch a few times in this last 5 years of dating... and yes, I admit, it is daunting.

But at least I know that starting over from scratch is only a mini hurdle. When you first face the prospect of starting over... it kind of knocks the wind out of you. It is scary. But you know what? It's not that difficult. You just have to know what you're looking for and be open to finding love.

Don't compromise on your expectations too much. You won't find the one that is meant for you if you're stuck with someone who doesn't want the same things you do.

Many women believe that if they bring up marriage it will send the man scurrying, but it's normal and healthy for an adult couple (not teenagers) to want to discuss their future together.


How long should you wait before cutting your losses and moving on? Well, each relationship is different... 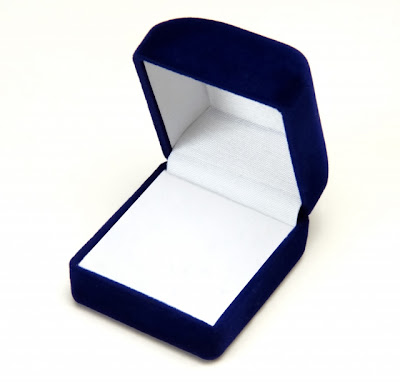 He loves you and has no qualms about being in the relaionship for the long term but he's very artful at deflecting the subject of marriage. He will not commit to a time line (2 years? 5 years?). You need to speak to Mr Deflector, have a heart to heart and tell him that ultimately you want marriage (and a family?). Don't take "I don't know" for an answer, he is not a child. He does know.


It may seem scary because he might say no; but if that's his answer, it's important for you to know this sooner rather than later.

Maybe he's been married before or he was a child of a bad divorce. Some men just don't believe in marriage. When you bring up the subject of marriage, he will point out how many of his friends are unhappily married and toss around some appaling divorce rate statistics.

Ask Mr Scarred and Wounded if he would be willing to go for counselling. If that doesn't work, then discuss a compromise. Marriage is afterall a piece of paper, isn't it? Instead of a traditional marriage, ﬁnd a mutually beneﬁcial and joyful arrangement.

Girls, if you want marriage, common sense would tell you to avoid men who don't. I'm not saying they're bad men. But ultimately it's not likely to be a happily ever after ending for you.

Men can postpone marriage indefinitely and enjoy singlehood while having a quasi wife (a girlfriend who lives with and takes care of him). I hope you're not one of them stuck in this rut. And if you are, be brave and do what will ultimately make you happy.

Anonymous said…
Hi Holly! since most of your clothes are being sponsored? why not you sell some of your clothes on your blog at a cheap price? I am really interested in them!
1:05 am

Anonymous said…
holly! do you only date white men? have you ever dated or been in a r/s with any sg guys? what do you think of sg guys compared to the whites esp in bed??
1:06 am

however, dun walk out of love jus simply becos he or she doesnt wana get married. Try to get a compromise & work things out before calling it quit

confused gal said…
Hi holly. this post is inspiring. i was in a 3+,4 years of relationship. during the relationship, he is a mr deflector when i started talkin abt the future, since alot of my friends are already married, preggers and have children. ive never met his parents but he has met mine. he would always say that in the family, the other siblings would only bring a partner to meet the parents when they're gonna get married. He changed as there was long distance involved for like 9 months when we broke up, he was transferred to malaysia due to a change to his job role. we used to meet once or twice a month but he ended it after 9 months with a long message, n within the few weeks we broke up, he told me he started seeing his friend's sister (who's also in singapore), n they were together a week later.

It really broke my heart. after a month or so when i've continued living my life n when i thought im over him since he's out of my life, he'd msg n tell me how unhappy his life is.n that he would hate to lose me as someone he knows. it's been 4 months since the break-up and im still not over him yet,totally. the last time we talked was 3 weeks ago, he said that he's not very happy with the girl. n 2 days ago, he was back in sg n i saw him with the new girl. first time i bumped into him since the break-up. it is just so hard to let go and get over a guy when he keeps coming back into ur life one way/another...I even thought of changing my phone number but its gona cost me a bomb since im under line contract.

any advice, HJ? I tried to switch my energy and attention to other guys but ill just go back to my emotional state everytime. Indeed i feel like im fighting my emotions every time of the day. when i start thinking of him, ill do things to keep myself busy. i guess i need time?
2:36 pm


anon106- I really don't think I can say tht either type of guy is good in bed. I been with a white guy who was SHIT in bed and smallest penis I have seen. I have had chinese and Indian Bfs before, and they were okay sized and ok performance... The biggest one I have seen belongs to a white guy though.

@CElestina - well said. I sometimes wonder abt my past r'ships whether i gave up too soon or not. but over all, now, because I am so happy, I think i made the right choices afterall.

@confused girl - so sorry to hear tht. 4 years is a lot of time. But better than wasting 10 years etc.

I tend not to trust when a guy has a GF, then he goes on to tell another girl (or other girlS..plural) that he is not happy.

To me.. it's like.. not happy break up lah. I dont like when ppl hang on to one , and then keep fishing for better one on the side. I'd tell him to fuck off.

It is not right to treat you ( or his current GF) like this.

Hugs. be strong. U will date a lot of average guys.. before you find someone who makes u feel like u hit the jackpot (lol). so don't let all the averages deter you from caryying on and dont let it make u feel like going back to ur ex.
5:50 pm

Anonymous said…
HJ! can you sell them in your blog before the flea because i would be flying off during the dates where you are holding the flea? pretty please? :(
7:48 pm

Anonymous said…
HJ! can you sell them in your blog before the flea because i would be flying off during the dates where you are holding the flea? pretty please? :(
7:48 pm

confused gal said…
Thanks HJ, i need that.
I'm happy that I'm not alone. I can always turn to ur blogs for inspiration everytime :)
11:21 am

Anonymous said…
hi HJ, ur post juz make me realise i m a quasi wife. i nearly break down when i read it. i m in current r/s for 3.5 yrs. sometimes, i really dunno wat's holding me back. i really wish i can hv the courage of letting go easily. yes, i m afraid of starting all over again & to hv failed r/s again. my bf is really enjoying his singlehood & i m juz there to do his laundry. sometimes, he'll tell me he wants to marry me. sometimes, he says he's afraid of marriage cos his frens' marriages often lead to divorce. i m really confused. really envy that u can be so firm in ur decision to let go if the r/s doesnt lead to marriage. all the best to ur current relationship!
11:42 am

Anonymous said…
Ladies, if a man wants to marry you… trust me he would make it very clear! Seriously… if he just constantly gives you the idea that ‘oh I’m totally cool about marriage but….’ There’s no BUT if he really wants to marry you! So if you are one of those who really want to get married, you’ve to make it VERY clear from the start and make sure you constantly remind him (I'm not talking about reminding him every week la)! Do not be afraid of scaring us (men) off by making them clear of what you want in a relationship and waste years of your life satisfying his needs and allowing him to take you (and your time) for granted… seriously…
3:19 pm