Who Am I Voting For?

Singapore's Presidential Elections are coming up... and the candidates have been confirmed.

Who are you voting for? I have a couple of favourites but I am still not 100% sure. I am leaning towards Tan Jee Say or Tan Cheng Bok... 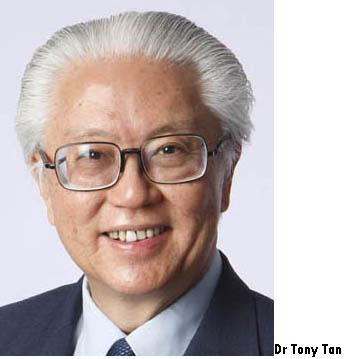 He is the forerunner in this campaign, and very qualified; having been in politics since the beginning of time.

BUT I don't like his smile.. there's something about it that I just don't trust. I also have issues with his son skiving off National Service while he was the Minister of Defence. I've been reading up on that... Dr Tony Tan clarified that Dr Patrick Tan (his son) did serve NS, not as a combat doctor, but in a non-combat role, as a "scientist".

Then after further digging, I find out that netizens have scrutinised Dr Patrick Tan's qualifications, and found that he's not a qualified doctor??? He did not serve the 1 year compulsory residency... plus the university he went to for his medical qualifications, is not recognised in Singapore. So the question is... would Patrick Tan still have been in his cushy position as a "scientist" instead of out there with all the other NSmen.. of which I am sure includes some very qualified doctors and geniuses as well....? I think likely not. 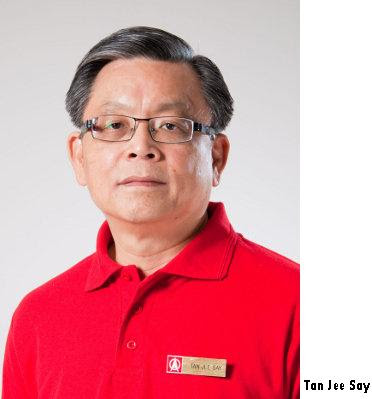 He has Oxford credentials in finance, comes from a humble background (which he plays up quite a bit.. probably to tug at heart strings of voters).

I like that he has intention to dig up the details of the reserve and check how PAP has been using the funds. I think it's time we had someone who has a "call-a-spade-a-spade attitude" towards the PAP. We need a President who dares to keep the PAP in check.

However, I also think that the President is supposed to be someone who can unite a country, not divide it. I worry that Tan Jee Say's gung ho, take no prisoners attitude will cause contention among people. If anything.. during these harsh times and what the world is going through... I treasure stability. 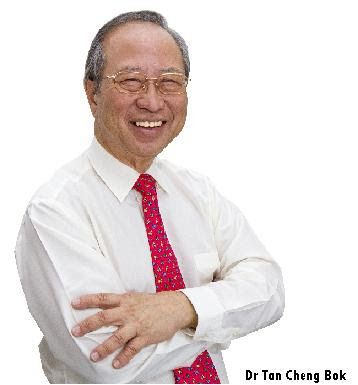 Of all the candidates, I find his demeanour and appearence the most sincere looking. The first time I saw him on TV (which was only like a week ago, actually.. cos I am THAT interested in politics), I liked him. I think he would make a kind and benevolent President.

But I worry he might be just another quiet President. No offence to current President Nathan... but I don't want our next Presidet to come across as someone who just graces ceremonies and cuts ribbons. I worry that PAP has got Dr Tan Cheng Bok whipped already. 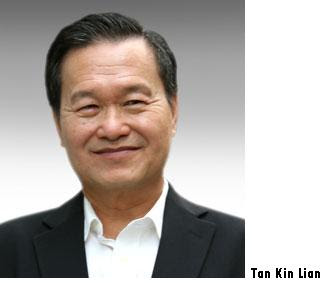 He headed NTUC Income for like 3 decades... and since he left a few years ago, Singaporeans have said that NTUC Income is not the same, it's more commercialised, profit driven, and not for the people. I like that he's the one who stood up for victims in the Minibond saga years ago during the Lehman brothers nonsense.

He is also connected to the public, he has an online presence in blogs /forums and is reachable through email. However, he has not much of a political service record.
One of my concerns is that PAP allowed him to be a candidate in a bid to split the votes of the anti-PAP community.

What do you think? Who are you going to vote for?

Anonymous said…
Get your facts straight - Dr Patrick Tan has a MD-PhD from Stanford. He IS a qualified scientist who also has a medical degree. There are many clinician scientists who do research, not practice medicine.
10:47 am

Anonymous said…
The question STILL is though- "would Patrick Tan still have been in his cushy position as a "scientist" instead of out there with all the other NSmen.. of which I am sure includes some very qualified doctors and geniuses as well....?"
10:49 am

D said…
Like you, I'm siding towards the other 3 who are not Dr TT (unfortch I think he will still clinch the presidency. Think back to the elections a few weeks back, there was a surge in anti-PAP sentiment, but they still secured most constituencies because of older generation loyalty/(fear?))
Dr Tan was recently heckled by a crowd, and I know it's not pleasant, but instead of dissing the crowd for their lack of respect, maybe he should be pondering exactly what characteristics he has that the crowd didn't like.
I don't understand how you can be for the people, and empathise on their level, if you don't live like them (read: offspring toiling it out in NS like everyone else).
10:51 am

Kuen said…
Ultimately, it's stability that people are looking for. Vote for the ones you trust most cos no one will wash their dirty linen in public (if any). Anyone can post anything online to smear or discredit anyone so whatever you read can be merely an opinion or falsified information. If the die is cast, accept it and move on with life. I dread the day we see something like the riots in London happening here.
11:17 am

Gesline said…
I find Dr Tan Cheng Bock the most sincere out of the 4. Holly, I think your worries are unfounded about him being quiet. This man is known to question despite being whipped. Check some of the youtube videos about his views on Foreign Talent, very real and sincere.

Some contributions when he was mp:
pushed for free parking on Sundays, allow singaporeans to pay school fees with CPF, disband of EM1, EM2 and EM3 streams, ramps for disabled etc..
11:25 am

EuniqYou said…
Hmmmm TJS was from SDP and I dont quite like that bit tho. Also, IF he gets elected, we might be bringing in CSJ or CSC to be in the Istana. I wont want that! Haha..

Whereas Dr TCB has been so consistent in speaking up for people since the 80s, else he wont be known was Mr Feedback. Check this out: http://www.tanchengbock.org/speeches/no-more-blank-cheque-for-the-pap
12:14 pm

Anonymous said…
I think TKL deserves his nomination. It's TJS who is the odd one. PAP allowed him to contest only because he can split the vote.
12:19 pm

Anonymous said…
Thank you Holly for blogging about this.

Totally clueless about politics and this has helped me make my decision.
1:11 pm

Anonymous said…
With regards to Patrick Tan not going thru the normal route in NS I have questions too.

How is Dr Patrick Tan able to choose the medical research path before he completes his NS and not be forced into compulsory NS service as medical officer for the duration of his NS like every other doctor?
1:44 pm

Anonymous said…
With various unions endorsing and backing Dr TT, I think he's likely to win. I agree with you that having more candidates is just a bid to split the votes of the anti-PAP community.
4:42 pm

Anonymous said…
My vote goes to Dr TCB. Dr TT is too closely linked with the PAP, whereas TJS is too against the PAP. By being too chummy with the PAP, TT would not be able to be an effective check and balance, and by being pro-opposition, TJS may be a hindrance to policy-making/decision-making (see how a divided govt. in the US nearly caused a govt. shutdown). In my opinion, TCB is the most neutral out of the 4 candidates. Plus he speaks well and is highly qualified too. I, like you, also think he's the most sincere among the 4.
7:59 pm

Anonymous said…
Time to look for a Sin President with conscience.
Though me feels that all past presidents had done nothing for us, the citizens, except for those on death row pleading for clemency, does wish that the Next One will not be useless liked those in the past.
Hope that conscience will prick the Next President into looking at the well-being of the people.
8:53 pm

Lala said…
My vote will go for TJS, because I think he's really qualified and even though he is 'against' the govt, I think that's what we need - an outspoken President who doesn't just wave their hands during National Day and cut ribbons.
5:37 pm

Anonymous said…
Vote for Tan Jee Say!! Im voting for him too. We need a man to save singapore..
2:36 pm

Anonymous said…
TJS..
We need someone who qualifies, is gutsy and perhaps doesn't quite "fit into PAP's box". Singapore's political scene is now in its adolescence. Change is as essential as stability.
5:17 pm

The purpose of the deferment for medical students is so that they can provide cover for the SAF upon their getting their license to practise as doctors (NOT Phd doctors). No other vocation gets that kind of disruption. In the end Patrick Tan served NS reservist as a 3rd SGT, NOT as an MO.

Even bona fide NS liable men aspiring to be doctors dont get disruption for 12 years. His reservist stint stinks much more. Go read the details at http://furrybrowndog.wordpress.com/2011/08/04/some-questions-on-dr-patrick-tans-ns-stint/.
6:03 pm

Anonymous said…
Know why Tan Kin Lian stood up for the victims of Minibonds ... it's because his wife is one of the victims.
12:01 am

Anonymous said…
yes, 4 days and im still undecided on who i should vote. Used to be TCB, but he looks more and more like a yes-man judging from the things that he said these few days. I want a more vocal president, but not as vocal as TJS. Haiz.. decision decision.
11:18 pm