on June 11, 2011
Went to a theme party yesterday, hosted by the fab and friendly people at Hill&Knowlton. It was on the roof top on Scotts Road... 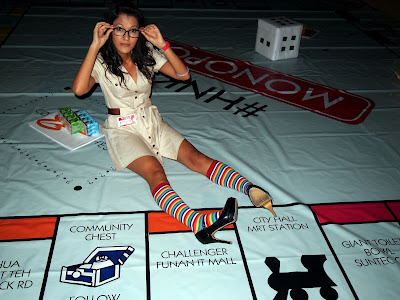 The theme was Stripes and Glasses. So I wore rainbow striped socks, and geeky glasses (no degree one, for show only). I also wore my new khaki coloured belted trench dress from ClubCouture (on sale here). 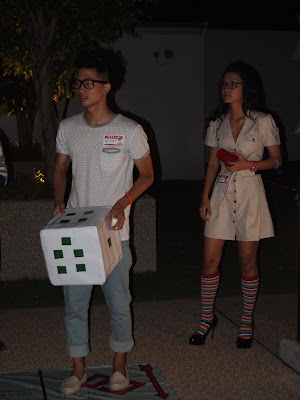 They created a giant sized Monopoly board... complete with Big dice, and big comm chest and chance cards.. lol. Was so fun. 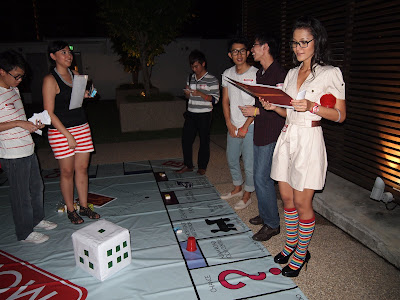 And before you can buy a place, you have to answer a trivia question based on it.

Before we left, my friend Bianca and I joined "the winning team" (yes damn presumptuous of us) in a drinking game. 2 of the cups looked and smelled like green tea. Plain green tea. So I gave those to Bianca. But in the end, it turned out to be WHISKEY green tea! lol! 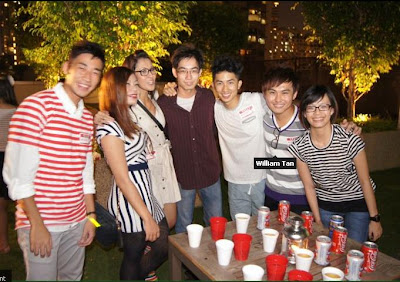 (this drinking game pic taken from Superadrianme 's mobile uploads on FB)
Each team is supposed to race to down all the drinks in their section. I took the shots, cos they were in the cups with the least volume. Hong Peng got the glasses of wine (so poor thing... a lot u know). And someone else got the beers and the cokes.. (aiyoh so gassy!).
They had also set up a Live sized Angry birds game! But I didn't play it... and forgot to take pictures. But it was such a novel party with whacky ideas. 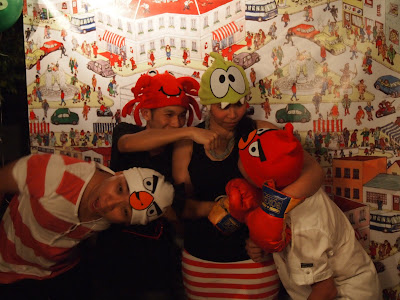 There was also a photo booth.... 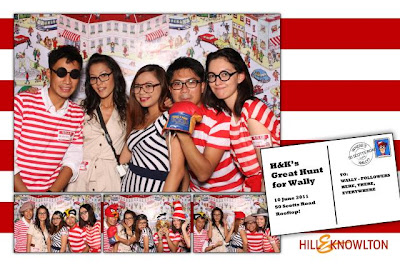 Here's how our groupshot turned out. Haa. Awesome job H&K, you really know how to throw a party! :)
p/s - my hair is curly because I had just come from a shoot, so was temporarily teased and tonged.

well played said…
you look good in this ensemble. One of your best looks.
6:40 pm

Jasmine said…
Where did you buy the geeky glasses?
9:39 pm