on July 27, 2010
I had a sore throat ( damn that pepper crab!) for a couple of days. And yesterday, it morphed into a fever. But I still went ahead with my day. Did a bit of my work in the morning... and then in the afternoon, I took Lola to the groomers. She was starting to really look like a hobo dog, scraggly long fur is damn cute... but also filthy looking no matter how many baths I give her! haha 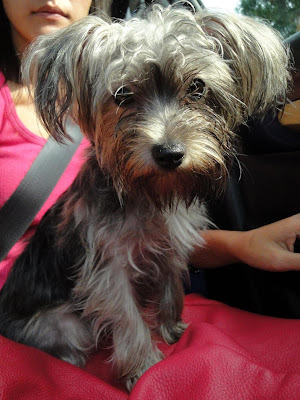 This is Lola on the way to Groomers. 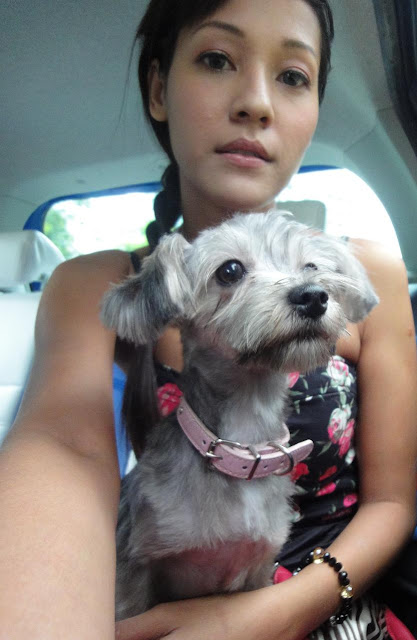 And this is Lola 3 hours later, when I went to pick her up! They say you shouldn't shave yorkie fur off because it will lose the colour or something?? Yeah, she looks like a schnauzer or something now.. but I still love her   :)
P/s- my dress in that photo is an original design floral bustier dress from LustMonday ... but not launched yet, so will only show you a pic of the whole dress once it's launched. (soon.. soon)
Then I had dinner with Mariam, Debs & my fellow Sony Make.believe ambassadors (Nadia & Shawn). And by this time, my fever already started :( 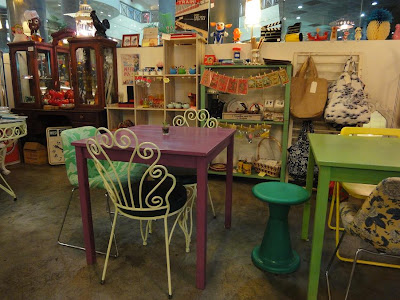 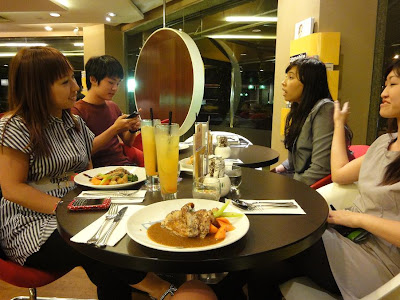 And then we had dinner at TCC seah st. It was so good to catch up with all of them... food was nice too,  I had the chicken.
After that... I still went ahead to meet my friend for a drink at Raffles City... I didn't know I was going to be so sick when I made the appointment! Then I jumped in a cab and headed home... just in time to vomit. :(   ahhh.. life!
Had a shitty night trying to sleep... and I seldom get ill, so the whole of this year, I don't think Lola has ever seen me ill.. but I think she could sense it. I was lying in bed with my icepacks, and she would curl up ever so gently beside me, and every half hour or so, get up to look at me as if  to see if everything was ok. So Sweet!
Wish I had a special someone to do that though. Oh well! There will be one. :)
I am much better today. I'm hopeful that when I wake up tomorrow, I'll be brand new. :)
P/s- Thank you for all the honest input I've been getting regarding my next hair style !! I really appreciate it  :)

celestina said…
HJ
I realise u wasnt wearing the floral dress when u went out..?

Lola is indeed sweet. Well perhaps this is why dogs are men/women's best fren. They are so sensitive : )

Though i prefer her b4 the hair cut, but she does give the neat/tidy & clean look after being groomed

girl with the coffee addiction said…
My dogs always end up looking like Shnauzers after they've been groomed as well! Terribly cute! And I agree that you should get a change of hairstyle - the side-swept bangs are a good idea, and will NOT make you look old!
10:01 am

Holly Jean said…
@clestina
huh? What do u mean? The floral bustier dress i mentioned in the post? of course I am wearng it, tht's why i mentioned it. :S

The first pic was me sending lola to the groomers. then it takes 2 hours plus so I went home first, got showered and dressed and later came out to pick her up, just before my Sony dinner...

@girl with coffee addiction
comment on side swept bangs noted :)
10:11 am

Princess Kayla said…
hi babe! how is ur training with Lola coming along? :)
2:40 pm