on June 01, 2010
Had the pleasure of interacting with the Manhunt Singapore contestants on Wednesday the 26th. It was the Summer Sunset Party... and the boys also had a Bar Tending round of competition. 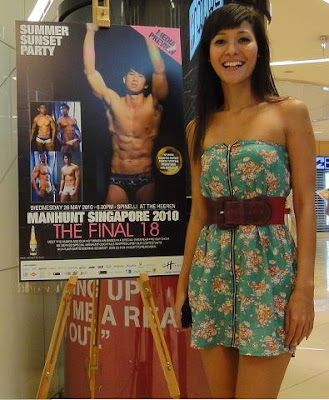 I wore the Fiona Green Cotton Tube dress from Shopaholics Boutique. Very comfy, and I love florals... and the zip right down the front is sexy. It's casual enough to be a beach type dress, yet it's dressy enough to be paired with heels.. which is excatly what I needed for the occassion. 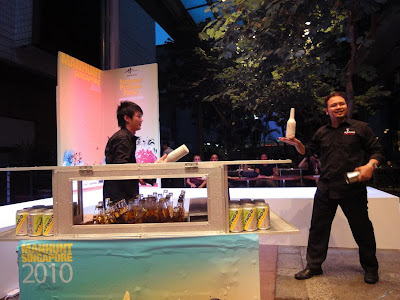 The evening started out with some bar flair demo from the Bar Pro boys. 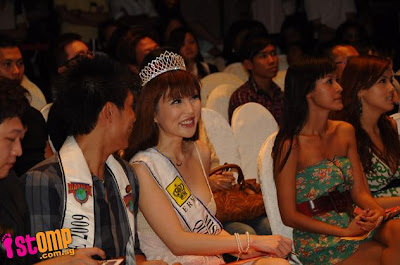 Then the contestants too to the stage (they even had underwear round!) ... and they also showed off some Bar tending skills ( they only had 2 hours to learn a routine). Very scary, cos they're not great at it, and I was in the front row... don't want a bottle flung in my face! 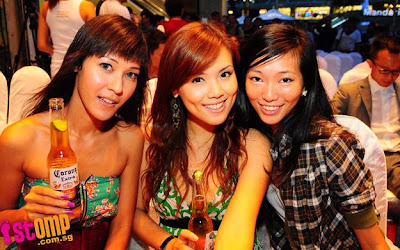 Free flowing Coronas all evening :) which was great cos it was such a hot evening (weather hot... not testosterone hot.. though there was PLENTY of that going round too that night). 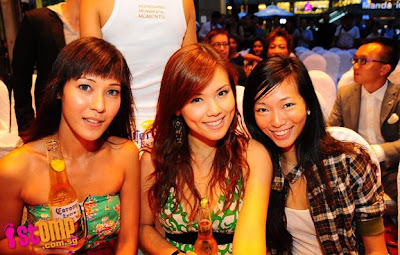 Made a few new friends as well... 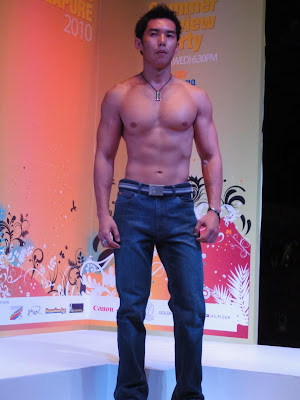 We were supposed to pick our favourites... mine was a toss up between Sean (above) and Azmi... Sean is Oh-So-Cute... 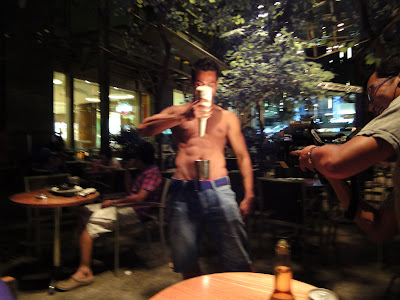 But in the end, I picked Azmi to demo his bar skills at our table because he was the cockiest of the lot. So I thought he would be interesting to see what he could come up with.

Quite a delectable night it was.... *envisions this lot in firemen costumes* (Kidding!! I'm actually not pervy like that! Give me a man who can engage my mind, and THAT will get my motors going! Of course, some nice broad shoulders to go along with it wouldn't hurt either!)
Watch these OMY videos for eye candy (3 vids in total) ... and be prepared to blush! 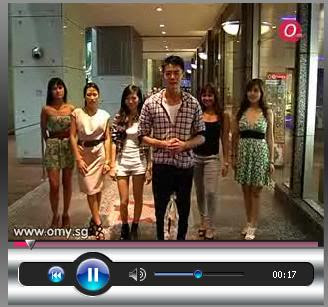 (Manhunt Singapore 2010 is jointly organised b The Heeren, Punch!Events and Promotions LLP)