Sony’s brand mantra for 2010 is “make.believe" (make dot believe). It symbolizes the spirit of Sony which is- the power of creativity, the ability to turn ideas into reality and the belief that anything you can imagine, you can make real.
-----------------
My first make.believe experience of the year was at the Boys Like Girls concert at Resorts World, Sentosa. (28 Jan 2010) 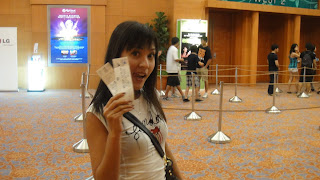 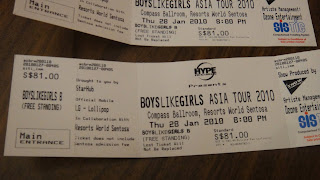 Pictures of the concert taken with the new Sony Cyber-Shot DSC-TX1 ! 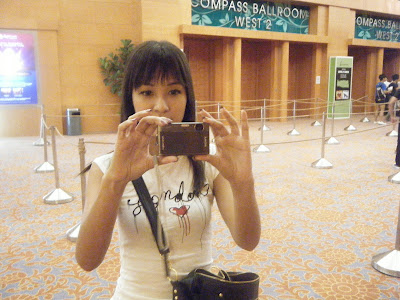 The TX1 measures 3.75 inches wide, 2.4 tall and weighs a svelte 5 ounces with battery and card.
.
I love this camera because it's incredibly compact, has handheld Twilight mode (no more blur shakey pics!) and Sweep Panorama mode.
.
Sweep Panorama is ULTRA COOL! It lets you make horizontal and vertical panoramas in-camera. I just point, shoot and glide the camera along, then it makes one panorama shot. So clever! LOVES! 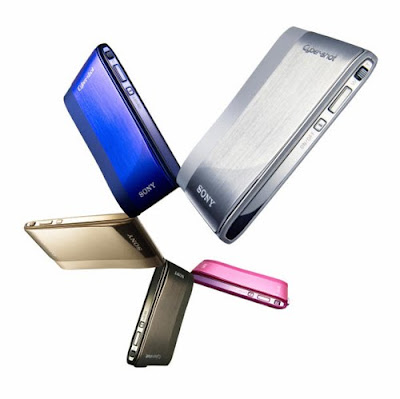 It also comes in pink! But I used the Gray one. Booooo! haha :)

Boys Like Girls is made up of 4 boys; Martin(the lead and also the cutest in my opinion!), John, Paul and Bryan. Their latest album released late last year is LoveDrunk. 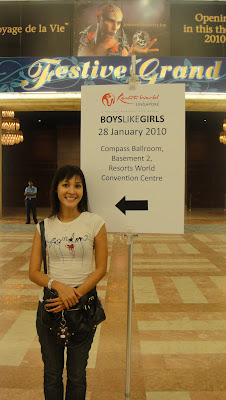 The concert was held at Resorts World Sentosa. It was my first time there... the place is crazy HUGE! 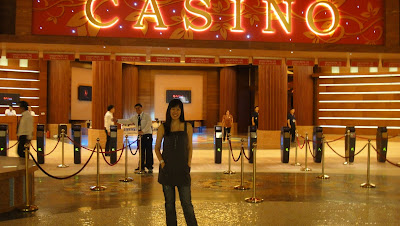 I went with my old College and Uni friend Bessie :) 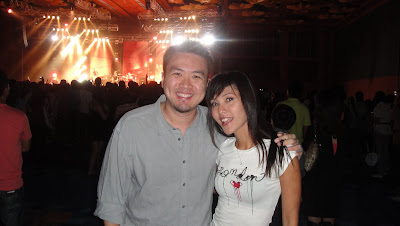 My buddy Jason was there too. 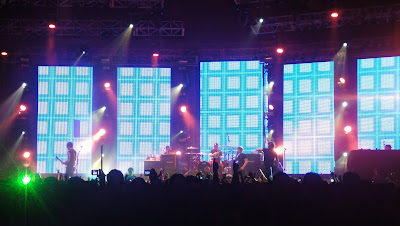 Whenever I go to concerts, I love to be mesmerised as well as entertained. (Otherwise might was well just listen to the MP3 at home right!?)
.
The boys put on a great show. The lighting effects were fantastic. 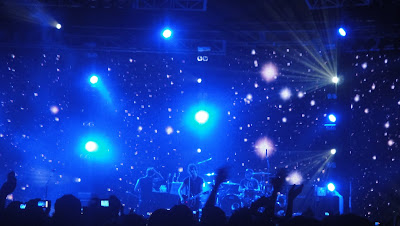 Good music plus being immersed in a flood of sparkly stars. It was surreal. This is a panoramic shot of the stage and surroundings.

Click pic to view larger image.
Although I wasn't one of the hysterically screaming female teenage fans there...(far too old for that!), I did have a good time. 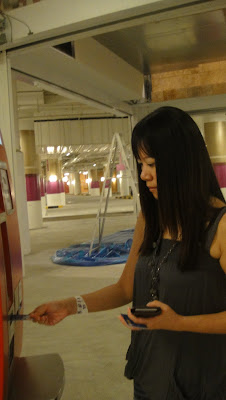 Thank you Bessie for driving us there :) 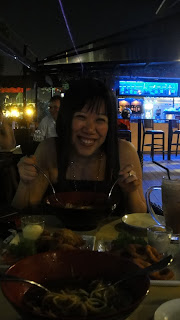 Then we ended the night by having late night dinner (more like supper) at The Playground (EastCoast).
------------------
Are You A BLG Fan???
I've got two Autographed Boys Like Girls poster for 2 Lucky Readers! 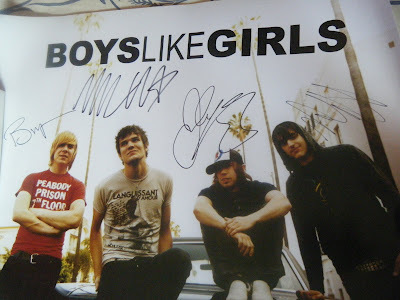 All you have to do is tweet this line :
Hey @hollyjean69 . I want tht autographed Boys Like Girls Poster #make.believe www.holly--jean.blogspot.com/2010/02/boys-like-girls.html
And I'll pick 2 winners this Wednesday by replying to his/her tweet!
It's going to be a fabulously fun year. Together with Sony, I'll bring you more updates, more concerts, and contests for you ( I cannot disclose the prize yet.. but you're gonnaaaa looove it!) ... so watch this space! 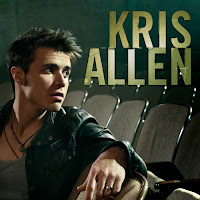 Tan Jue Yin said…
Hey! Have you given out the boyslikegirls concert tickets ???
SUPER INTERESTEDDDD!!!
Please if that is okay, email me Friendloving_234@hotmail.com
THANKSSSSSS :D
7:59 pm