The Real (Blogging) People Vs. The Association of Bloggers (Singapore) 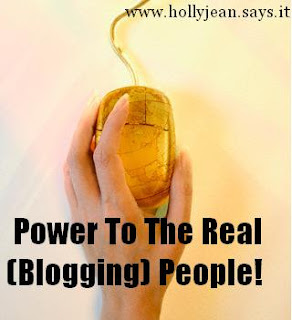 Barely 3 weeks since its launch, the Association of Bloggers (Singapore) has lost 7 out of its 10 founding members. They're left with ECL and some guy named Wilfred?

Oh dear. So much for that well-thought out Blogger Invitation List based on secret contacts and even more top secret (meaning bullshit) selection criteria.
Not such a great idea trying to be elitist and exclusive now is it?
Sounds like quite a predicament indeed.
It was mentioned that 2 of those 7 members who left were also vice-presidents. Hmmm... how many vice presidents does this clique need? It's like how a lot of businesses now give ALL their staff some uber important sounding name... like even the guy who cleans the windows is some Chief Operations dude or something. Bizarrrrrre!
Well anyway, the members who resigned cited personal reasons such as family and work obligations as reasons for their resignation.... yeah.... even The Straits Times today believed you...
Well, I say to them... it's ok, whatever the reason, welcome back to The Real (Blogging) People... hope it wasn't too rough for you on the dark side (what.. with all that broken English and self-appraising foolery going on there).

--------------------------
I know I haven't been really ranting on and on about the ABS like most bloggers have.... in fact only blogged about it once (click here) ... but that's because I've had ettusais make up to try out, Brazilian waxes to review(will post this one in a couple of days!), desserts to eat, Tv to watch, msn messages and emails to respond to, meals to cook, abdominals to obsess over and a boyfriend to drive crazy :)
But the recent uproar over the A.B.S. has made me realise one thing - How commanding the unity of thousands of determined voices can be.
Power to The Real (Blogging) People!
--------------------
Click here for press article

Anonymous said…
"To die" is under mediacorp one, not ST, but anyway, same grandfather lah.
11:51 pm

Holly Jean said…
jialat.. i was refering to the article in the Straits Times today ... as in that day itself.. not Today... as in the newspapers.

The Ruud said…
I'd like to apply for title of "Official representative of Malaysia to the Island Nation of Singapore regarding affairs of bloggers in the 'other' racial category".

yeah.. just go fill in a form.. and THAT title is YOURS!

Anonymous said…
The people have spoken.

Rinko said…
sadly they had it coming :(