She said She Just Wants To Be Friends 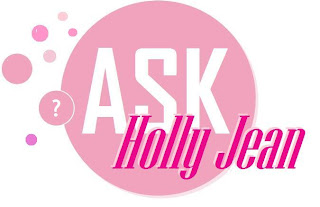 Just want to get a view from a girl on the terms of 'Let's Just Be Friends'.

Generally, when a girl chooses to have a relationship with a guy, isn't it supposed to start from friendship? But then there are a lot of 'dating gurus' saying that you shouldn't be friends with the person you want to have a relationship with. So I want to know the opinion from a girl's side regarding this. Is there suppose a 'restirction' of how much a guy is only suppose to do without him falling into the 'Only Friend' or 'Best Friend' zone.

"Just friends" sounds like a dead end to me.

If a girl states that she wants to be "just friends", then it means just that. From experience, it means that she likes you because you're a nice person but something about you bothers her. So she's not willing to settle for you. Maybe you don't dress nice, or have a nice job, or go to the gym enough...with us women, it really could be virtually anything (trivial) under the sun. It's unlikely that she will tell you what exactly it is.

Just because she doesn't want to date you does not mean that there is anything wrong with you. She just doesn't have those feelings. Absolutely DO NOT obsess over "what you did wrong", because there is a very large chance that you didn't do anything wrong. You're just not the one for her.
I would advice that you don't waste your time trying to change her mind. If she says she still wants to be friends, don't attempt to use this friendship as an opportunity to make her fall in love. The chances of this working are slim to none. I have seen quite a few of my male friends obssess over women who actually start taking them for granted, and use them.
It's painful, but cut your losses, and be thankful you didn't waste even more time pursuing someone who was not interested in you.

Just the same, do not do anything drastic such as: bombard them with phone calls, don't buy them gifts, don't follow them around, don't obsess. This will not help matters, and will not convince the girl to date you.


Of course you can be her friend if you so desire.


And yes, the person you're in a relationship with should be your "friend", best friend even. But that develops as a result of the two of you being in an intimate committed relationship with each other. That's a much different friendship from the "just friends" type that she is proposing.

So what can you do?

Be her friend (normal friend). But keep your options open. Maybe something might eventually develop later on ... or maybe you'll find someone new. Remember to KEEP YOUR OPTIONS OPEN and keep looking for the right one... because that's exactly what she (your "friend") is doing.

P/S- blog readers- Help answer Mikey's question. What do you think? Do you agree? Any other views/ experience?

Anonymous said…
If you are interested in her.. you can never be just her friend. Save yourself the dispair and just forget about it.

Imagine the heartache when she starts to date other men!!!! Will you stick around as a FRIEND???
9:13 pm

Anonymous said…
Speaking from experience - It's up to the guy to create the 'attraction'! Once attraction has been created - you need to build it up until she feels comfortable to go to the next level!
9:36 pm

Anonymous said…
Holly, this is a very well written post from a female's perspectives: Spot on!
1:05 am

Anonymous said…
come on! is that more challenger, don't you think? for me, i always think ppl has to push themselives and enjoy the whole process, haha! that's the whole point of this dating "game", isn't it? lol! never back down! come on dude!
4:39 am

Anonymous said…
Holly, this post is really just for some losers. if a real man will give up so easily, he is never going to find real love. if a girl still want to be friend, which mean you are not that bad, the only thing you need is a PLAN! man needs a plan, a plan that can get yourself in total control, not those irritating calls or follow ard. woman likes man can manipulate! ohhhhh, don't say NO, you ladies! it's kind of true! anyway don't give up guys! be smart, and always remember, think by your brain, not your dick!
4:50 am

I'm female. And when i tell a guy I only want to be friends. it's cos I am not attracted to him.

What's the point of calling me and having a "game plan"?!

either you become bloody irritating, or you tire so hard that you make me pity you so i will go out with you. But still if I don't like you THAT way .,.. means I don't want you as a BF. SO when a better guy comes along, I will take him as my BF.

you who keeps bugging me, I will no longer have time for. Maybe just use you for dates when I am bored.. since you are so keened to be used.
6:41 am

Anonymous said…
yea i agree with what holly mentioned, she likes you, but there is just something that is bothering her, maybe you're just not the right one for her..
though its kinda hurtful, yes, but cant help it ~ or perhaps, she's just not ready for commitment .. :)
8:25 am

Tashi Core said…
I agree with what Holly said.

And if a girl turns around to accept a guy after saying "just be friends", it is not because of the guy's "plan". She has probably gotten to know him better and discovered something about him that she likes. And this aspect that she likes has to be something natural not some manipulative plan (which would be really immature and stupid).

Utimately a couple have to try to get along for the rest of their lives. I don't see how manipulative plans can help a genuine healthy relationship to develop to that extent.
9:05 am

if a girl really like a guy, he won't have to scheme and have big plans, or try so hard to get her.

If she expects it to be a game to get her.. then she's really not mature. and definnitely wont makes a good partner IMO.
9:16 am

Anonymous said…
Thanks for the opinions.

'Keep my options open.'
Ya, I've been moving on. Just curious of what girls are thinking.
I didn't plan to contact her initially but she would find me to chat sometimes, so I guess friendship wasn't that bad after all.
1:14 pm

Anonymous said…
i feel u dude! but sometimes, these girls are just not worth it. over rated, haha! good luck mikey!!!
2:09 pm

Anonymous said…
If she says that, its important that you managed to grasp the emotions, expressions behind it.

Did she say it angrily? Was it more nonchalent? Alot of sentences carry different meanings if you say it differently. Take for e.g. F*** you! It could be playful, angry depending on one said it.

So go figure that out, then decide what u wanna do!

Its not the end of the world anyway even if she really is not interested. You are going to be in pain for awhile but then, thats natural and likely, you will move on.

Holly Jean said…
I'm happy to see everyone pitching in here to give their opinions, comments, support!

And Mikey... don't u find that when u start to "cool it" suddenly she seems the one who initiates contact??!!

its a classic case of the girl wanting to hold on to a man's admiration. But u need to make sure u find someone sincere and deserving of ur admiration. Someone who will put in as much as you do. you deserve that.

Anonymous said…
i said the exact same thing to my current boyfriend who had then asked me to be his girlfriend for the third time as i slammed down the phone on him out of irritation. i never saw myself with him and we were good friends first and foremost.

but as time passed, i realised that the first person i ran to to share things with was him and there was an emptiness when he wasn't around.

so yeah mike.. it really depends. some friendships do evolve into love. some lovers are best friends. so love really is unpredictable.

just be a good friend and keep your options open. you'll never know when and where love will strike.
7:29 pm

Anonymous said…
My style, I never start out as friend, I will make it very clear to the girl and make sure she knows the purpose that one day and very soon I am going to bed her. Do it with style for the opening and no pressure to her, let her feel freedom and nothing can go wrong.

Anonymous said…
"she said she just wants to be friends" haha! honestly, i only hear this from girls when i was drunk and sleep with her who i never even know the names. haha!

anyway, mikey! don't take this kind of girls too seriously. girl likes that stuff, they like to be chased, they like these "irritating calls". anyway, i agree the person said PLAN thing, guy should always have a plan when you face a girl. u watch HITCH? all you need is a dating doctor, and Holly is not the one for u, She is a girl remember? haha! good luck!!!
2:17 am

Girls seem to say, basically that when they say No, they mean No. (except Farizan)

But boys think a No, somehow means a secret Yes. :)

Well, at least you know there's at least one girl out there (Farizan) who will eventually let you get in her pants if you persist. :) (ha ha, I jest)


On a more serious note though, I'm pretty sure that for every 1 Man who has suceeded with persistence (after being told that She wasn't Interested), there are thousands of men who have stubbornly wasted time, money and effort ... and failed.

Yes, have a plan, make it a conquest (or whatever you're genetically programmed to do) but with the odds againsts you, I'd suggest you Pick your battles wisely guys!
9:27 am

Tashi Core said…
In Farizan's case, it would be the bf's sincerity and not a manipulative plan that did the trick right? :)
4:23 pm

Holly Jean said…
yes, she must have a very special relationship with her man.

Anonymous said…
This is a true story. I asked a girl once to be my gf and she started saying that I must be drunk (which was totally untrue because I was very sober). That was just an excuse for me to accept her rejection and so that we can still remain friends. After that, I remained friends with her, hiding my affections, and just treated her as a close friend. And guess what? After half a year, she could feel that I still have affection for her and she asked me to be her bf instead. :)

So my suggestion is just be patient and be nice. Be there whenever she needs a chat or help. Treat her as a very close friend but nothing else. As time goes by, she will fall for you.
2:39 am