Don't Listen To Your Ex-Girlfriend!

But unfortunately, life is not so clear cut. We may be able to read people's faces, but we can never read their hearts.

Here's my top 3 people to be wary of when seeking relationship advice.

I'm not saying they're all like that... but just scratch a little deeper, don't take advice blindly, don't be swayed without either contemplating long and hard or seeking another less biased opinion.

3. Your Single (but lonely) male friends 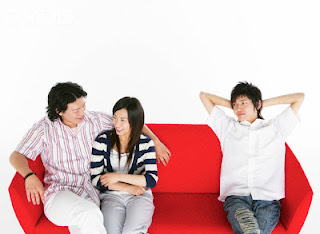 When you're in a relationship, they don't get to monopolise 100% of your time anymore. They've lost their wing man. And most of all... it sucks watching you have someone constant and real there for you while they don't. So they will play up their casual fucks. Make you envy him.Talk about how he got some sweet ass the night before... but poor you.. stuck with your old ball and chain...

So, the more problems he can convince you your relationship is having, the more you will be drawn towards his lifestyle. And then you wake up one day, single and swinging again. (hoorah!) 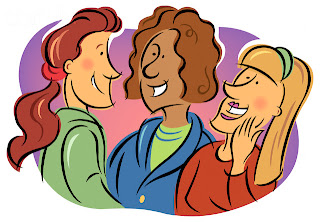 These lot are dangerous.. simply because they're not your "friends". They will have no problems with telling you what they think you want to hear. Women being women... will want themselves coming out looking better than other women. And they have nothing to lose by pretending to do just that.

Last year, my then boyfriend got me the worst birthday present in the history of my life. It was a pink scrap book. And empty pink scrap book. All the girls in his office gushed at what a thoughtful boyfriend he was. Such a "thoughtful" present ( I repeat, the scrapbook was empty no pictures, no words, nothing).

I was really sore with him because for his last birthday, I took him on a holiday to Bangkok. So a scrapbook really paled in comparison. And I honestly expected a lot more for a 2 year relationship. But those women ended up making me seem like a calculative, selfish girlfriend... because they would have just adored their BFs if they were given such a thoughtful gift. (I think they were all lying, but my Bf at the time believed them).


When I went to work the next day and whined to my female colleagues that I got a scrapbook for my 27th birthday. (It would have been forgivable if I were 7). One of them made me feel better by saying her fiance once gave her a Parker Pen for Valentine's day. (No prizes if you can guess exactly which people thought it was a fabulous and practical gift for her)

1. The Ex-Girlfriend
She's someone who knows you well. Yet this makes her the most dangerous of all advice givers when it comes to your love life. Do you know why I say this? 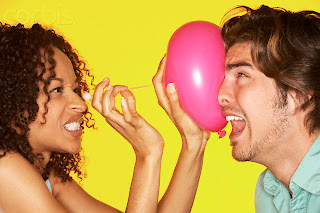 Ex-girlfriends will wreck your chances of replacing them with a better (read smarter and/or more attractive) model. Ex-girlfriends will tell you things like, "Maybe you shouldn't date anyone for a while."
Go ahead... find me an ex-girlfriend who wants you to start dating a girl who is much hotter than she is. (yeah, right)
Your exes can't give good advice because their egos are involved.

Spank-A-Lot said…
LMAO! A Parker pen??!!! I was chuckling when I read about the empty scrap book, but when I got to the Parker Pen, I burst out laughing! Amazing.....maybe the two of you should combine your gifts and write a book on the scrap book with the parker pen!!!

Anyway, be very careful Holly. This post of yours describes of cunning "the female of the species" can be. Lotsa girls gonna be pretty upset with you for exposing such a secret.
3:29 pm

Anonymous said…
who ever trust their eX is the worst..

Anonymous said…
haha! scrapbook. so funny! girls are just always girls. when they say it's ok, they don't really care about the gifts, but actually they are really do. haha! and will always remember the worst gift they received in their life and talk about it in public. haha! but it was cute holly! haha! i just cant stop laughing
10:45 pm

ex. gfs never ask me to date somebody else... they too busi wif their new squeeze... lolx...

Anonymous said…
empty scrap book is actually better than used. at least you still can make a gift for someone else if you need it next time. lol!
11:05 am

Anonymous said…
Notice there aren't any notes on the build up to the birthday! I still say the scrapbook was a thoughtful present - to detail cookie's puppyhood.....

Anonymous said…
I would love to have received the scrapbook - and I have received gifts, flowers, jewellery, etc from boyfriends. There's so much more scope for the imagination, filling out those pages with memories as we go along. - R :)
1:56 pm