The Most Annoying Things About Singapore

(Here they are, in no particular order, all 5 are equally annoying to me) 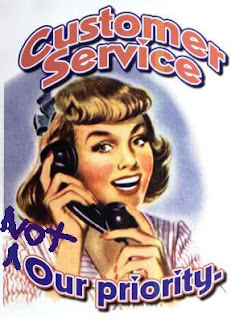 We're a service based economy and yet, we're notoriously known the world over for front line staff like waiters, drivers and sales representatives who do not smile, know nuts about what they're selling/representing, seem to have no common sense and are just plain rude.

Yes, I know that there are good front line people out here, not everyone is an incompetent chimp and that customers can be difficult sometimes. But really, if I am not being difficult, and you still show me a shitty face and make my buying/spending experience a lousy one, then maybe you shouldn't be in the service line, and you shouldn't complain when that China/Filipino immigrant gets your job instead.
I guess in other countries where service staff are not minimum wage workers and they earn tips for service, they're logically going to aspire to actually serve well. But in Singapore, we don't tip the waiting staff because the "service charge" is already tagged onto our bill, regardless if we liked the service or not. I guess it's true then huh.. pay peanuts and get monkeys.

4. Copy Cat Culture
We've got more than the 5 Cs (Car, Cash, Creditcard, Condo, Club...) here. We've also got Culture! Copy Cat Culture. Do you like how I alliterated this one? Clever.
One of my major gripes about my country is that everything is so rigid and most people have absolutely no originality. Huge wheel by the Thames? We'll just make a bigger one and call it the Flyer (phwoah!).
When I was in secondary school, a friend borrowed my essay "to read" and when we got our essays back from the teacher, he wrote at the end of mine "A very interesting read. But someone else in this class wrote a very similar one. Who wrote the original?!"
And sure enough, she had copied mine, the stupid cunt. Why would anyone do that? For me, writing is such a pleasure, an outlet to express myself and have fun. It's a shame that some people are so deluded they prize the grade of their essay over their integrity. But can I blame her? It's just the way most Singaporeans are raised to be.

3. Poor walking manner
OK.. we're already short of space on this tiny island... do you really have to crawl at a snails pace and block everyone's way?
It takes forever to get from point A to point B in a mall or on a crowded street because Singaporeans tend to have poor walking manner. Even in the busiest of cities, you don't get this problem. The people elsewhere are aware of themselves, and have enough control over their limbs to manoeuvre and navigate and generally not get in people's way. But only in Singapore will you find people suddenly stopping at the mouth of escalators and doorways holding up human traffic. Only in Singapore will you feel like kicking the person walking ( i mean crawling) in front of you. 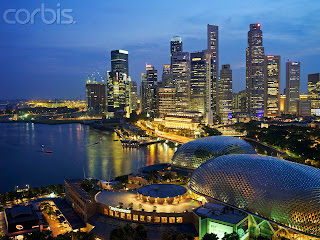 2. De·moc·ra·cy
I'm not into politics. I was born and raised here, so I have no gripes about how this country is run as I can't really compare it to anything else. And I'm perfectly happy to leave it at that.
People, bloggers, writers, opposition party members have gotten arrested for having anti government sentiments. And as I grow older, and get exposed to more things, meet more people and experience life, I realise that whatever it is that we are... we are not quite a "democracy". Which is fine. But just don't call it what it's not. That's a bit annoying... not to mention misleading.

1. Modern Day Slavery
We get young women from poorer countries like Indonesia, Sri Lanka and the Philippines to clean up after us. We pay her as little as S$400 a month to do our bidding, keep her in a tiny room, and allow her like one day off a month!
On top of this, many Singaporeans take pride in having a maid. Like it's some sort of higher social standing. All it tells me is that you're not earning enough to have your wife raise your own kids (ok... maybe it's not a $ issue, maybe she just doesn't want to), so you have to get someone else to do it for a pittance.
We're exploiting living, breathing human beings here! It's little wonder why some of these women end up abusing your children, stealing your stuff or running away. They're only human.

This post is essentially about the things about my country which annoys me. But of course, as with anything in life, there are always two sides to that proverbial coin. We have low crime rates, low taxes, most things are in order, the economy is stable, people don't go on strikes, there are no bands of begging children who roam the streets waiting to pick your pockets (ala Thailand the land of SMILES) and we have one of the best airports in the world.

Apart from those 5 annoying things about Singapore, there's not much else about this country that I dislike.
Oh... and to compensate for our tropical climate we have our cinemas running at sub-zero arctic temperatures, our milk tastes funny and the majority of us can't speak proper English.
:)

Anonymous said…
Love the article Holly. 2 points though...
1) It's not the service in the US is better despite the hefty tips we pretty much have to give here. In fact, service here in the US sucks because of people's sense of entitlement
2) Land of Smiles is all good 'yo'!

Anonymous said…
Totally agree on the "snail-crawling walking speed" part. And it doesn't help that shops are popping up all over places like interchange and mrt stations.
10:57 pm

And what about all that Racial Harmony stuff?? What a load of crap. More like plain old Racial Tolerance.
12:36 am

*yes.. after all those years in school I've been somewhat brainwashed* I don't want to be beaten up and chucked in a drain when there's a racial riot or something.
5:54 am

I am absolutely clueless about what you said there.
10:01 pm