on July 21, 2021
A week or so ago, when I wrote a review on the Netflix series Sex/Life , one of my readers asked if I ever got nostalgic looking back at my own past.

The thing is, I absolutely do not miss those wild days. There was a time when I was in my early 30s, I would look back at my 20s and feel a twinge of longing, like wanting to re-live all of it. But since my late 30s onwards, nope, don’t miss the past, doesn’t even cross my mind.

I’ve had a precious and magical childhood, a studious and driven teenhood and then a rather reckless 20s, followed by a much more grounded 30s. Actually I’m very fortunate my 20s didn’t like kill me (I did damn risky stuff like take lifts from friendly strangers while walking home from MRT station at night cos my bus service stopped by that time… wtf right?!).
Here are some memories of that time of my life which I can remember off hand… maybe it’ll give you a laugh. Don’t judge me ok, we’ve all done dumb shit in our youth.
The Ninja in Pasir Ris Park
This was when I was damn young and just started clubbing. I was probably 18-20yrs. I would take MRT to town to club (at Sparks hahahhaha), reach the club 9ish and then run for the last train home (that’s around 12.30am). 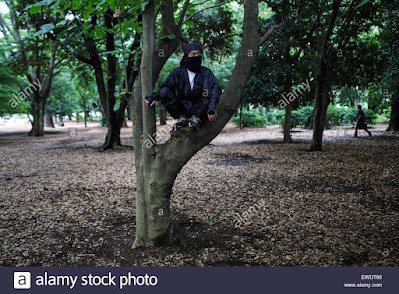 Anyway by time the train reaches Pasir Ris it’s like 1plus am, and most of the busses from the interchange to my home would have stopped running. So I would walk home, and I would cut through Pasir Ris park (the one with the large fishing pond that one) to get home. I would walk through at the playground side of the park (this is not the Pasir Ris sports complex building)… so the fishing pond would be in the distance on my right side as I walk home and the pond is usually well lit , but the playground area at that time was quite dark).
Over a few weeks, I would hear rustling in the tree branches above me. But I never spotted anything. Also, I’m  scared of ghost lol so I never dared to look properly, I just kept walking.
Then one day, the following week, when I was in the same area (in the day time)… I saw a young man dressed like a Ninja … head to toe all black clothes and face covered kind. He was just doing exercises in the park like parkour-ish … lol I dunno lah what kind of agility training looking thing he was doing. Then as I pass by, he walks alongside me, and says that he’s seen me walk through this park at night many times. I’m like oh yah, cos no more bus. 🤷🏻‍♀️.
Ever since then, when I walk through the park at night, and hear any rustling, I just assume it’s this ninja guy doing dunno what in the trees. Hahahha.  So not a ghost, and at least I’m not alone, got any robber or what, I’m sure he’ll spring into action and save me right.
I never told my parents this, cos I think they would be alarmed haha.  Also my mum used to always nag at me to take a taxi home and not walk through the park, cos dangerous. But I don’t like to spend $$ unnecessarily, my parents not rich wor.
Eh Wait, What’s My Name?
My very close friends at the time (their real names shall not be mentioned to protect their identity) would go clubbing and when meeting guys we would usually give fake names.
Anyway, we were at Mohammed Sultan, which was quite the place to be back then when it came to club/bar hopping. When we were hopping from Madam Wong’s to Samsara just a few doors down. A white expat guy tries to chat us up. The three of us swapped our names with each other when introducing ourselves… because … actually I can’t remember the reason why lol. But it got damn confusing cos for example, he would say Holly and I would respond when actually my name is supposed to be like… Sarah. Lol lol… and he’s actually talking to my friend. Oh what a tangled web we weave … for no reason… lol.
Anyway….. before we could enter Samsara, he mentions that his apartment is just up there *pointing to the large windows above UE Square, facing the row of clubs on Md Sultan*.
So we asked to see it… because we were planning to shout at the clubbers on the street (some of whom were our less close friends) from up there. Expat guy probably though he hit some jackpot and was going to get some action from not one but three girls. Poor thing, sucker.
So we went up, our third friend was with him in the living room, actually I can’t remember like maybe she liked him? That’s why she hung out with him. But me and the other Holly, we were up to mischief. We were drunk and thought everything was funny… so we wet toilet paper and lopped it up on his ceiling in the bathroom. Then we saw he had this gel wax kind candle with seashells in it. We dug into it and put lumps of that goop along with the shells into all his suit pockets. 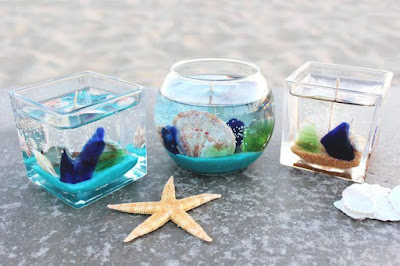 After that we ran off and almost left our third friend behind… but she saw us take off and followed. Leaving behind one damn puzzled Ang moh. Hope that teaches him not to pick up random chicks outside the clubs, thinking he gonna get laid.
Everything was just fun fun fun for us and we left behind a path of destruction. Jialat.
My First Flaming Lamborghini
Tequila pop (so retro now hahaha), bourbon coke, vodka Red Bull and Long Island Tea…. Those were my drinks. And then towards my later 20s it became beer, whisky and lychee martinis. Ooh. And frozen margaritas.
But the first and only time I had a fancy drink with flames was at a house party that I wasn’t even invited to. 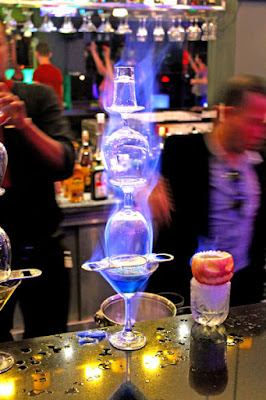 I was at Somerset with my girlfriend, and then a guy friend of mine (legit friend, so not someone I would like do nonsense to) asked if we would like to go crash a birthday party. Of course we would!
But oh man, I wasn’t expecting this…. Huge house… with large birds walking on the lawn (what are they?! Fucking emus?! Lol)…. Grand piano in the living room. Full bar set up. A huge swimming pool which was all glass on one side so you could view it from the basement. Dafug… this was some party (of some rich kid who just turned 21).
Never would I get the chance to party like that if not for that party crash. Oh how the other half live.
So I was given my first Flaming Lamborghini. And like omg the heat from the flames… is my straw gonna melt? Do I drink it ALL One shot? So swakoo… but luckily intoxicated enough not to be self conscious and could just wing it hahahaa.
(But the first time I was in an actually Lamborghini though, was with my husband just a few years ago. And that trumps the flaming experience hands down).
Ok I’ll share more stories another time. I want to eat my Mala now. Xx

Anonymous said…
LOOOOL I LOVEE THIS POST! So funny, im so glad that question was asked. i love your reckless 20s, sounds so interesting!!
7:48 am