on January 29, 2020
A ghost texter boyfriend/girlfriend is someone you're dating who takes a prolonged period of time to reply your texts. You ask them for a movie today but you only get a reply tomorrow... or who knows when. It's like you're texting a ghost! 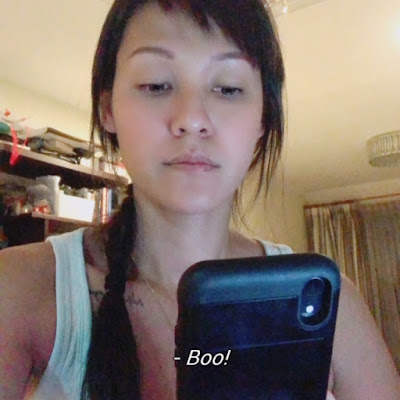 Is it a warning sign that they're not that into you or are you being too sensitive? Here's a look at the possible reasons for not replying your texts within a reasonable amount of time.

Genuinely busy.
Although it's still damn rude to not reply texts. They may be genuinely busy at that moment. I've done it accidentally in the past too... where I read a text and want to reply but I can't because I'm right in the middle of something else. And it was my intention to reply soon after my work is done, but then I forgot.

Dyslexic.
I have a friend who hates texting because it takes her a long time to read texts and reply because of dyslexia. Try calling them instead, and if it doesn't help because they ghost your calls as well (they don't even acknowledge your missed call or try to call you back that same day), then you can rule dyslexia out.

Not a phone person.
My emails and messages get replied pretty quickly because my phone is always with me... it's even right next to my pillow when I sleep ( I just can't look at my phone when I'm busy tending to the kids). But not everyone is like that. Some people are hardly on their phone at all. So it's not like they are purposely ghosting you, it may well be that they only picked their phone up at the end of the day to check messages. One quick way to find out is to use their phone and check the amount of screen time.

Playing hard to get.
Sigh. Some people are in to you but they still play games. Either they want to keep you keen and make you work for it... or he wants to evaluate how interested you really are in him by seeing how much shit you would take.

Trying to be less attached.
I suppose it could come from a place of insecurity where they like you so much that they don't want to expose that sentiment and feel vulnerable. Or maybe an ex dumped them for being too clingy, so now they're trying to do the opposite.

No respect for your time.
This is especially telling if they ghost you mid conversation when you're texting back and forth. It's rude to leave someone hanging and it shows that they feel that your time (waiting there for their reply) is not important.

Afraid to tell u they're not interested.
It's a cowards way out. Instead of telling you that it's not working out, they just drag the replies in the hopes that either you get pissed and initiate break up first or you just lose interest too.

So which kind of ghost texter do you think your boyfriend/girlfriend is? Find out their reasons for being so, and it will give you much clarity on how to move forward. Good luck!