Having a Laugh at the Expense of my Younger Self

on August 13, 2016
﻿
My brother was at my mum's house helping to clear out some of my junk from my old bedroom. (She was digging for my old Christening gown I wore as a baby so Myla can wear it for her baptism next month. I was baptised as a newborn though but the gown should fit her because I was born a whopper baby and Myla is still very small for her age because she still hasn't caught up to full term baby size yet, I think she never will, and will always be small sized, the doctor said it'll take till 1 year old to catch up... but who knows).
Anyway.. OMG some of the shit my brother unearth from my childhood/teenhood... he Whatsapped me some pictures of what he found. 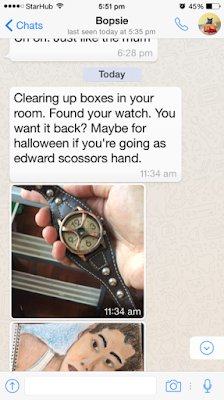 A super fugly watch, which I swore was never mine. Ewww. (But it was in my room, amongst all my old stuff... so... it probably was mine and I thought it to be stylish when I was younger but I've blocked that memory out now haha) 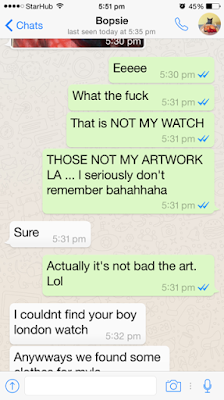 And there were some pastel(?) portaits... which I also swore THOSE NOT MY ARTWORK LA. But there's no denying it when each masterpiece is signed off with my name. Omg how disgustingly deluded I was. 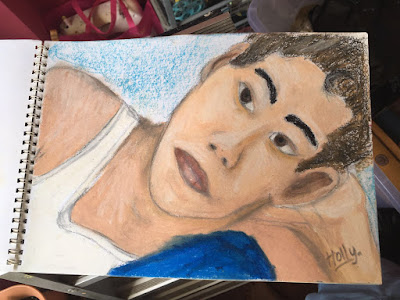 This piece above in particular, I message my brother - "That ugly boy leaning on one arm I think is (insert ugly ex boyfriend's name here)"

To which my brother responded that actually, all the portraits were of him and confirmed that fact because apparently, the super organized younger me had written out a content page at the front page of this sketch book detailing the subject and his age at the time. My only subject I had was my younger brother. bahahahhaha 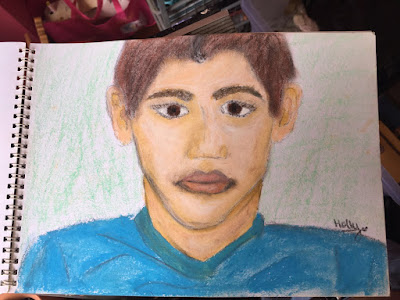 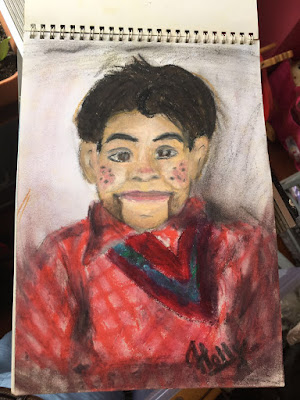 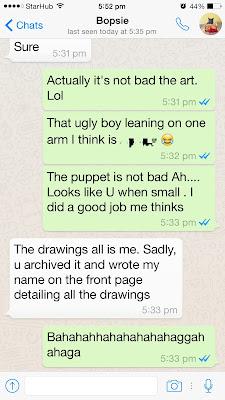 This is super embarrassing... but I can't not share it, I find is hilarious. What are some of your childhood stuff/activities which you find majorly embarrassing now? ﻿

Anonymous said…
What?! Your mom and bro ravaging through your things?? I wonder what other dark secret and embarrassing things they'd find! Lol!
10:08 am

Holly Jean said…
These all just my old junk. I threw away my (paper) diaries ages ago lol
10:17 am