on February 23, 2015
I watched 50 Shades of Grey last week. Maybe it's the hype around the movie, or the sex, but there was no way I was going to miss it.

I have to tell you though, I didn't enjoy the books. I had all 3 (or was it 4?), I read the first one really fast.... like obsessively fast and somewhat enjoyed it, though it did start to get awfully repetitive towards the end. Then I went on to the second book, but only got through less than half of it and quit. Progression was so damn slow, I ain't got time for that, Anastasia!! 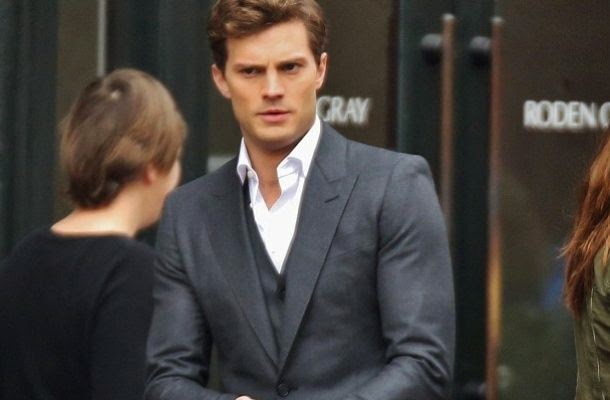 But still, the Christian Grey character appealed to me.... self made bajillionaire, smart, sharp suits, and so powerful. I find that kind of power a super duper turn on. Always have.

Well, anyway, the movie was ok... it's a girly flick (I love!). It wasn't too draggy like the book. I wasn't attracted to the appearance of Christian Grey in the movie at first (even though I heard some girls gasp when he came on screen, hahaa). The actor they picked, well, not my type. But as the movie progressed, yup, old instincts kick in and man he was hot. The intensity in his eyes and way he dominates and is so in control when he's in sex mode, and yet he has a much softer vulnerable side in real life, very attractive. Plus I'm the kind that loves a possessive man (But I ended up marrying one who is not at all possessive. Alamak).

It's a love story and it was entertaining. And (apart from Mr Grey being crazy helicopter flying kind of rich) the movie is believable and relatable. And I don't have suspension cables in a sex room at home. I mean it's relatable because I can so put myself in Anastasia's place and feel those emotions.

Anonymous said…
Thanks for the review. Helpful indeed. My GF and I are really contemplating on whether we should catch it in the big screen or just download it once its out in the Internet.
11:59 am