Join Me to Watch Juventus Train :)

on August 05, 2014
Update on the giveaway I held last month - The 5 winners for the Match Upgrade tickets are -  Lim Cheng Zhi,  "Mark & Anna" , Fynn Juan, Imraan Shaffi and Shirin Taylor. Congratulations! (you would have already received an email with info on your prize collection)

Catch Juventus FC live in Singapore when Serie A champions Juventus play against a Singapore Selection team at the new National Stadium on Saturday 16 August 2014. Tickets – priced from S$45 to S$180 for adults and S$30 to S$45 for children – can be purchased via Sports Hub Tix at www.sportshubtix.sg. 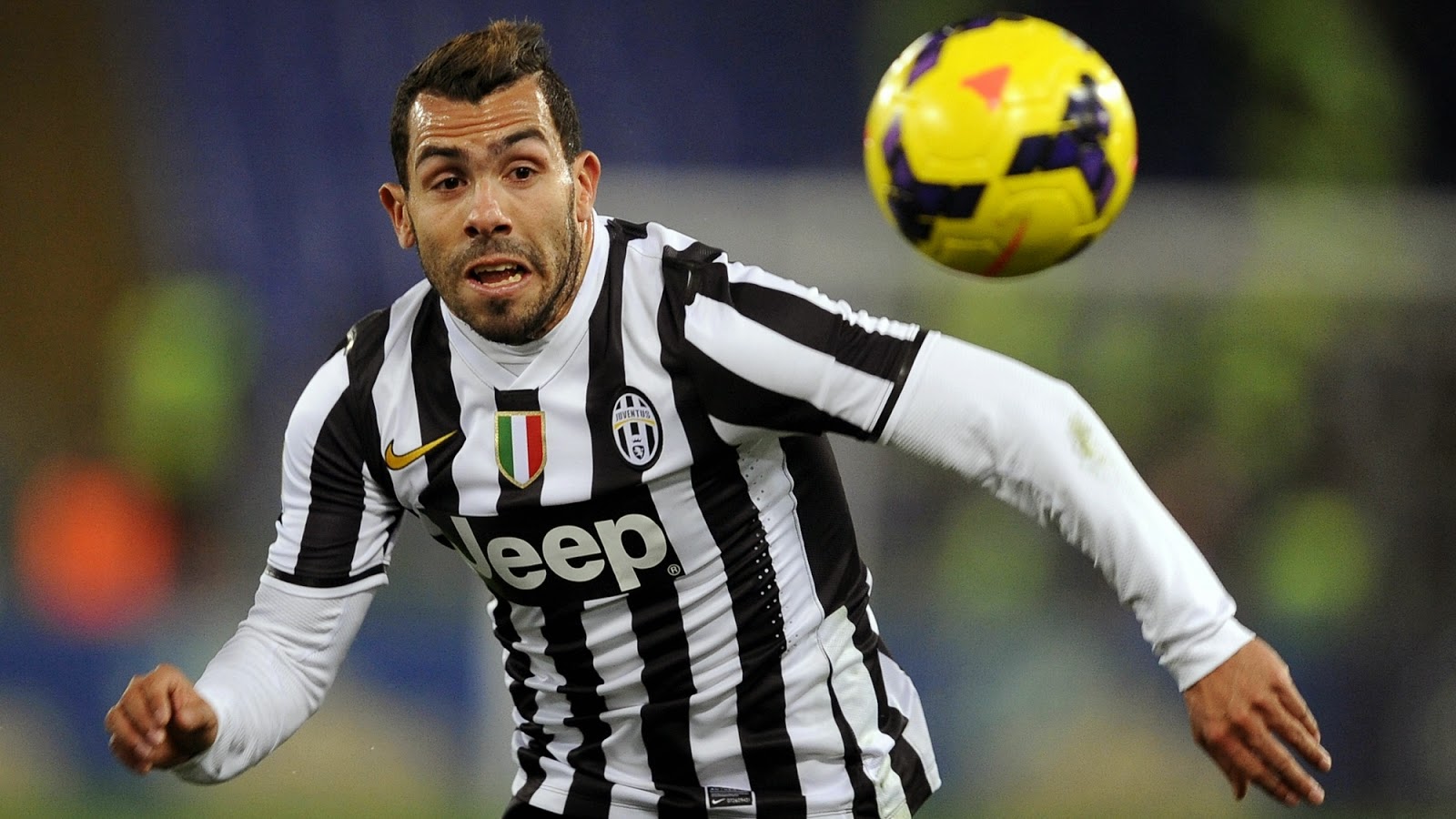 Please note the earlier kick-off time for the historic first football match at the new National Stadium between Singapore Selection and Juventus FC on August 16. The kick-off time has been moved forward from 7.30pm to 6pm. 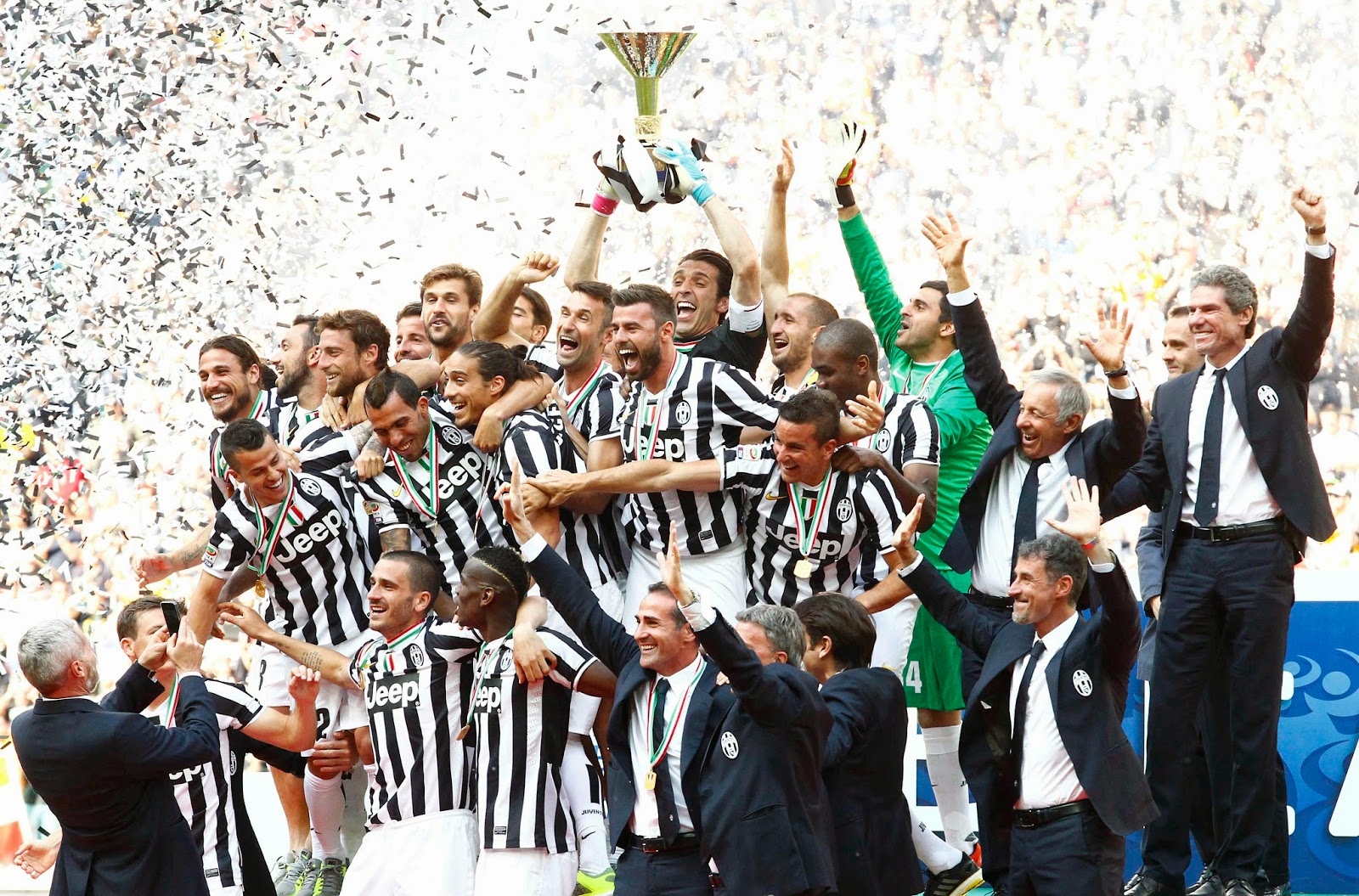 The eagerly anticipated game will feature a star-studded line up of players from Juventus, who have just announced the signing of Patrice Evra from Manchester United and Real Madrid’s Alvaro Morata. They also boast a new manager in the shape of former Milan coach Massimiliano Allegri.

Singapore fans will also have the opportunity to see several World Cup stars. A dozen players from Juventus represented their respective countries at the World Cup in Brazil with Italy’s Pirlo and Pogba of France amongst those catching the eye with polished performances.

And now... a very special Treat for my readers who are Juventus fans!

3 x Pairs of open training tickets
These are tickets which money cannot buy! 3 winners will get a pair of tickets each to attend an exclusive invite-ONLY event (15th August) to catch the Juventus squad practicing on the pitch.

The Question is - Name 5 players from Juventus who will be coming to Singapore to play the match.

Email me (hollyjean69@gmail.com) your answer with your name and contact number, by 10th August 2014. Winners will be picked and notified via email on the 11th of August.

1 x Pair of Match Day Tickets
One of you will win a pair of CAT 3 Match-day Tickets worth S$70 each to catch the match LIVE on the 16th of August at the National Stadium. 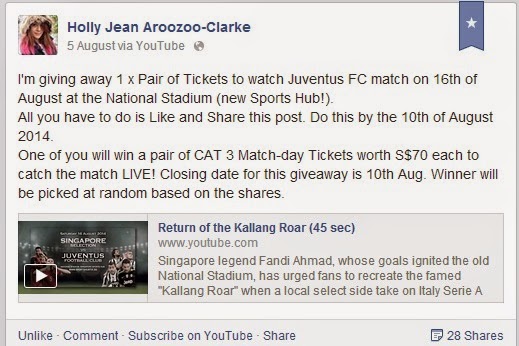 All you have to do is Like and Share it. Do this by the 10th of August 2014. Random winner will be picked and notified via FB msg on the 11th of August.

I'm counting down the days to this epic event!
For more info, do check out www.sportshubtix.sg