on May 05, 2011
I have been dating my BF for about 3 months now. It's a bit sketchy as to when our relationship first started...
But we decided that for simplicity, we would take February 14th as the day we became an official couple. Although I am pretty sure it all happened before that (otherwise I would not have booked a room at the Fullerton on Valentine's Day, for a Male Friend! How awkward!)

I've told you guys the story of How I Met The Biscuit (Mark), and my first date with GB.

I've already told you that this is not someone new. It's someone from the past. But it is not Mark. Sorry to burst some bubbles out there, I know many of you were rooting for us to get back together.

In fact, strangely enough, despite how close we were as a couple, and how close we were as friends after we split up... this river simply ran its course. I have no idea what he is up to, if he is back in Spain, or England, or still in the apartment in Singapore I had many fond memories in. We stopped contacting each other after I met GB. I really wanted to give my r'ship with GB my best shot. And I did. So, absolutely no regrets there.

Well, anyway, I digress.... the reason why I titled this post Third Time's A Charm is because my BF is from my past, and this is actually our third attempt at a relationship together. I label it seasons 1, 2 & 3.
Hold your heckling. Listen to my story before you criticise!
This is the story of How I Met My BF. This BF is different.. he doesn't have a nickname, he doesn't go by any initials. He's just my BF.
Season 1 was about a year and a half ago. When Mark and I split up, I went on an internet dating site. It was a good exploratory phase where I met tonnes of people from all walks of life. One of the men I clicked on that caught my eye was my BF. 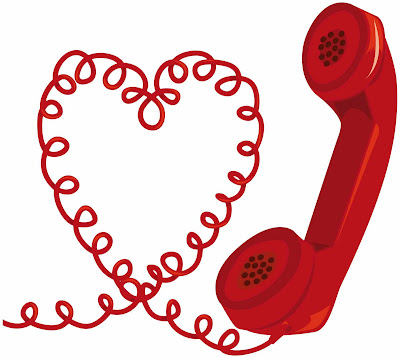 We exchanged a couple of emails. And then phone numbers. And soon after that, he rang me. We were going to fix a date up. It was a great phone conversation! I wanted to know everything about him, and he was equally interested in me. We were laughing a lot. I remember just smiling throughout the conversation even though I knew he couldn't see me. I just couldn't stop myself from feeling so happy.

He said I had an infectious personality. I remember it because no one had told me that before (and no one else has said it since). No one had taken to me so quickly before.
Normal people would expect that an hour long conversation like the one we had would naturally lead to a great date.
But I guess I'm not exactly normal. :(

After we hung up the phone, I started to google (found nothing) and looked for him on Facebook. His facebook profile was.. to be honest... mild. Nothing much going on. But then my prying nature made me click on his past photo albums. And I saw pics of him and his ex GF, pics of him out clubbing in Hong Kong (where he was from before moving to Singapore). It didn't matter to me that these pics were taken a good 3 or 4 years ago. 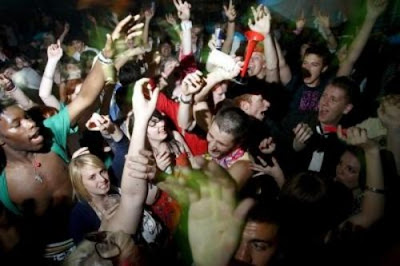 Some hyper alarm bell went off in my head and I immediately assumed the worst. That he was a party animal and a player.

So, I rang him, and told him that we couldn't go out on that date because I had a bad vibe about it. I didn't tell him that it was because of the FB pics. He just thought I was nuts... one moment all happy and eager to meet him.. and then the next moment all sombre and talking about negative vibes.

He accepted it graciously. And asked if it was okay to keep in contact. I said no. :( 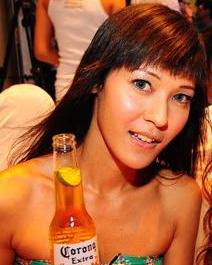 In retrospect, I was being so stupid. Not as if I never partied before. And not as if I didn't have pics of Mark and I together on FB.

But I am glad the paranoid nut in me got that vibe. Because at that time, I was no where near ready for a new relationship. I would have just ruined it... like I've ruined countless dates and mini relationships over the past couple of years. (Not counting GB and I. Cos that one I really believe I didn't ruin. By the time I was with GB, I was prepared for a proper relationship).

I think it was fates way of making me save the best for last. Protecting him from the terror that was me (back then).

That's season 1. Tomorrow I will tell you about Season 2.

Kukubird said…
why u like desperate to get hitched?
6:35 pm

Anonymous said…
Haha is that the real pic of him clubbing in HK?!
4:41 am

Holly Jean said…
no no. random clubbing pic off the internet.

His pics were worse, IMHO. Like boys on a night out.. no holds barred.

I'd like to know which internet dating site you tried.
9:01 am