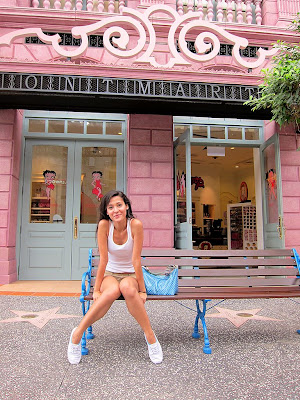 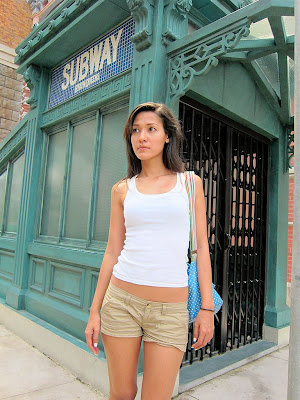 The verdict- mmmm.. not nearly as great as the one in LA. But of course, it's a bit of an unfair comparison since I did the original LA one when I was 14... ( I was much more easily impressed at that age). [Let me dig out an old pic for you] 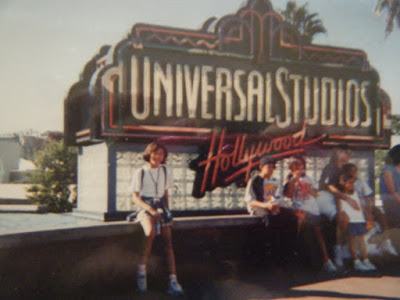 haha.. that's me... This picture not too bad.... the rest of the pictures ( at Disneyland and Sea World etc), I looked like an idiot... bad enough I had mushroom hair cut... but I can't believe my parents let me wear my Chicago Bulls cap all around LA (!!). To make things worse... I actually wore it SIDEWAYS in some of the pictures. I should burn those photos, really. 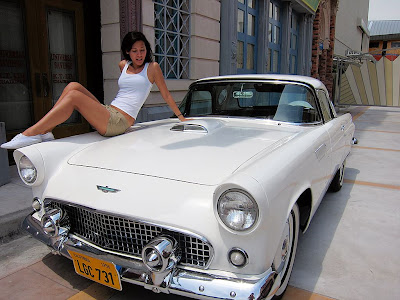 Possibly, the only saving grace is that this place isn't as crowded as the LA one in the summer. But still, by noon, the waiting time for each ride was at least 30 mins! 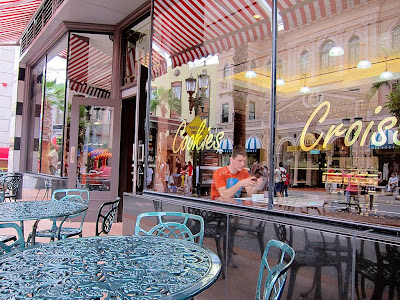 My darling eating his muffin.... 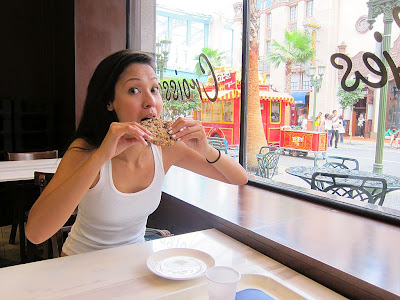 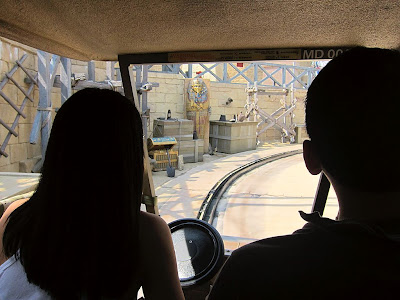 This safari/king tut looking ride is the most boring ride on earth. Please never bother queuing for it. 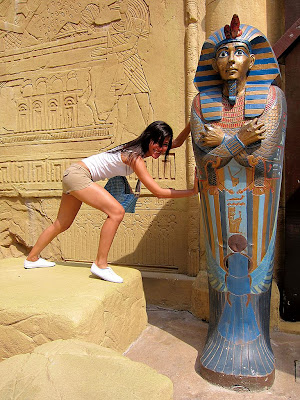 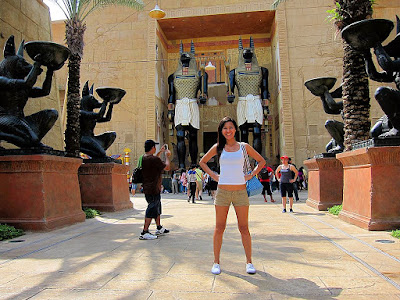 The single indoor "high speed" ride in this building behind me was much better.. at least it was a bit scary.... it was dark, the ride was fast, (but so short), and the effects were nice.. can feel the heat of flames and stuff. 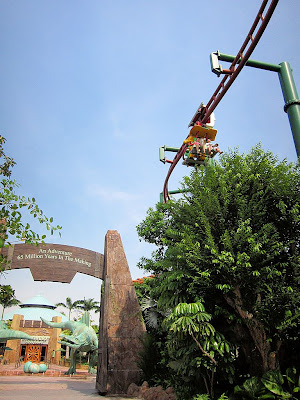 Some canopy ride... nice... but not worth queuing more than 10 mins for. 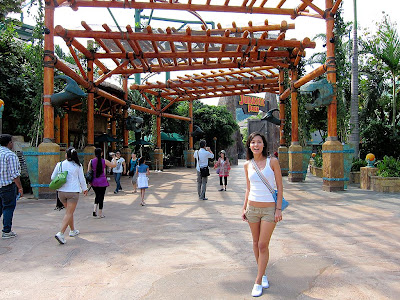 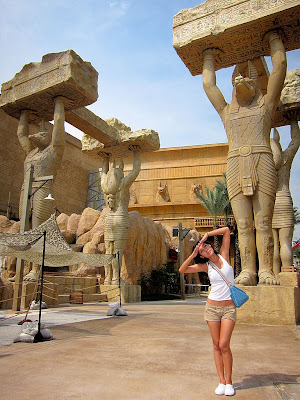 Freaking hot afternoon by the way... but I guess that's not too bad... this place would be a NIGHTMARE if it rains. 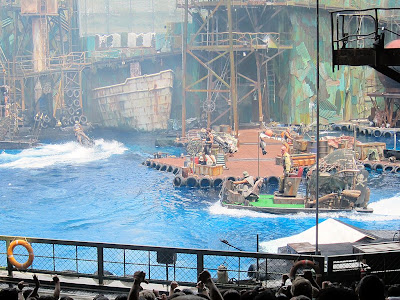 The WaterWorld show was ok... entertaining. 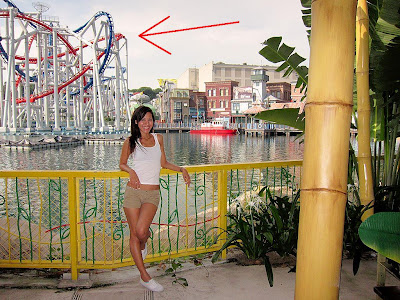 Altogether.. I think the place is a bit blah. Wish the star attraction (in my opinion) was opened... that's the Battle Star Gallactica Ride... a majorly loopy and monstrous roller coaster (in the background of pic above).
I had a fun day with GB. But seriously, Universal Studios... How can you open your park, charge full price ... and not have at least ONE major roller coaster available??!! Bloody hell, not everyone who goes to Universal Studios thinks it's money well spent just to shake Kung Fu Panda's hand okay.)
------------------------------ 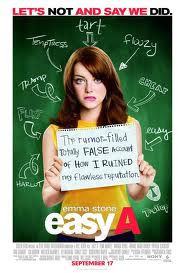 Yesterday, GB and I went to the screening of the movie Easy A at The Cathay. Many thanks to Pepperconn for the invite :) 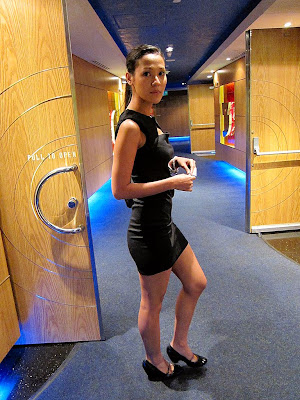 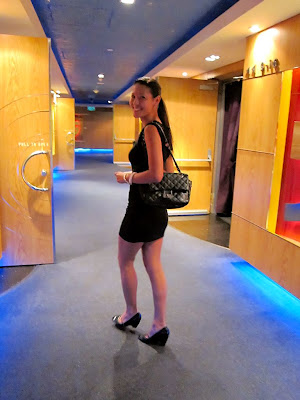 I wore the Very Black Dress from ClubCouture. I seldom wear all black (I'm a colours kinda girl)... but this black dress is one of the few black pieces I love. :)
(Don't forget there's another black dress in their Giveaway!)

No rolloer coasters! Not good.

BTW you look awesome! You were cute when you were 14, but now you look so healthy and fit.

Your appearance is great and those shorts and lbd show off you beautiful legs!

jo said…
you look very classy in your LBD actually. so classy that you should consider having more black pieces in your wardrobe! :)
8:45 pm

Anonymous said…
I concur. I have been to the one in Florida 8 years ago. I was then 22 and I was NOT impressed. If the Florida was shit, what more the Singapore one. So nope, i aint gonna pay to get in.

Those who slam me by saying that I am lame and should just stick to shopping and expensive handbags have obviously not been and experience the likes of Alton Towers in England and 6 Flags in LA.

Thanks Holly, your entry has spurred me to blog about my feelings and thoughts on theme parks too.

Glad that you enjoyed the movie, I couldn't make it. You look great babe!
12:47 pm

If you LOVE, roller coasters then when you visit the States again you have to visit Cedar Point in Ohio, more roller coasters at that park than anywhere else in the world!

Alicia said…
I was also there at Easy A's screening & from the start I had a feeling you might be there too. True enough you were!
1:45 am

where did you get that blue polka dot sling bag from (in USS pics)
1:33 am

Holly Jean said…
it's cath kidson , but i got mine in HK 2 months ago.

I saw similar ones (red polka dots) at milly walkers recently (link to her blogshop is in my blog's sidebar)
8:03 am

Anonymous said…
hey, may i know where you got that pair of black peep-toe wedges from? (:
1:32 am