on November 15, 2010
My Saturday started out with an event by the NS Portal, at Velocity. I was judging the Challenge. 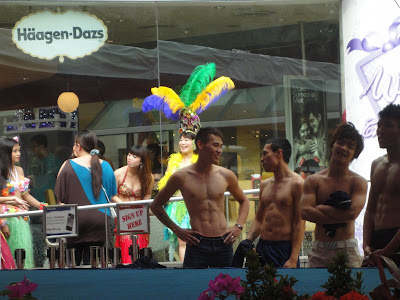 Then GB came to pick me up from the event. My face always lights up when I see him. We ate at Barcelo's in Velocity... POOR STANDARD of food and service. The Vivocity one is much better. 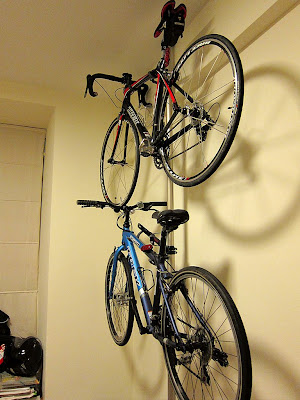 We did a lot around the house over the weekend too. Put up the mount for his bikes in the spare room. Mopped... and cleaned up too. 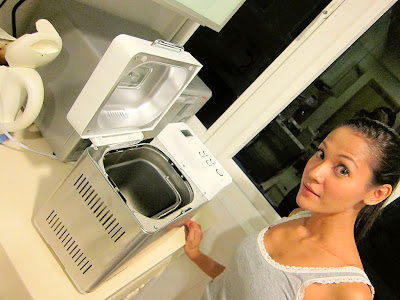 Went to buy a bread maker... and all the ingredients... and made our own bread! 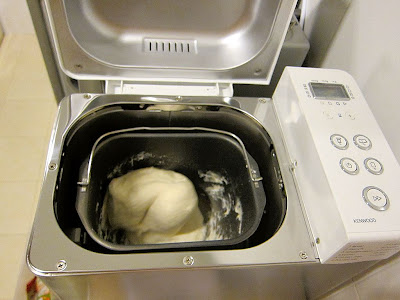 While the bread was being made... We watched a couple of episodes of The Pacific (HBO mini series)... I watched Band of Brothers with my dad before, and I think that's better, more interesting than The Pacific. It's scary how much GB is similar to my Dad... they both like history and know about each freaking different battle within the war and boyish stuff like that... freakily similar. Not a bad thing though. I find it impressive. 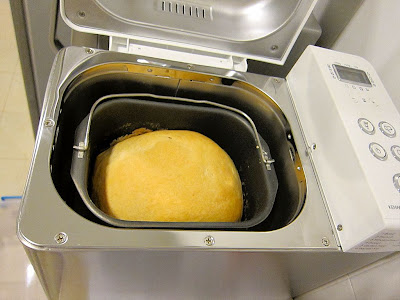 We had our home made bread for dinner... and ended up eating it at almost midnight! Hahaaaa.. Well... we got home from Best Denki (where we bought the bread maker) at almost 9pm in the first place! 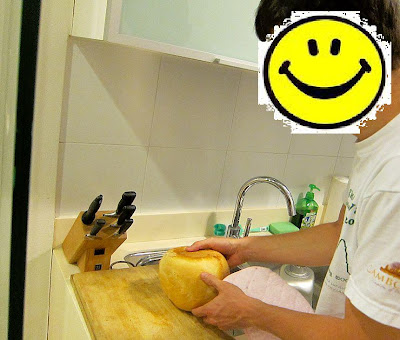 It's a pity I always have to mask any clear shots of GB's face... I think he's sooo cute and I always smile when I look at his pictures. But he doesn't want to be recognised in public or disturbed by others just because his GF lives a more public life than usual. Which is understandable I guess. :) 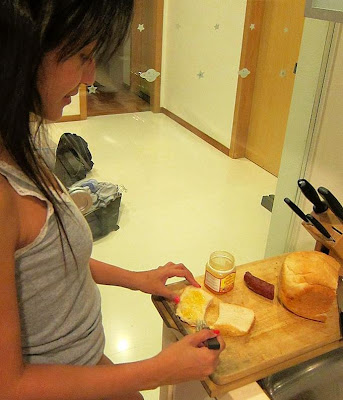 What's NOT understandable.. is the fact that I now eat bread! And like it! Ack! I thought this would stop once I got back from Hungary since the bread in Singapore isn't that nice. But noooooo... we had to go get a bread maker!! 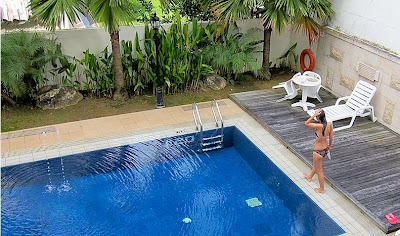 So it was pool time first thing the next morning. (This was the first time in MONTHS!) 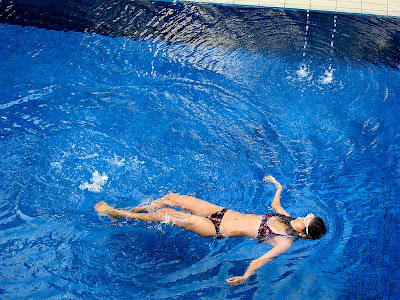 I want to start running too.. think I will start this Wednesday since it's a public holiday and GB can run with me.... wish me luck!

D said…
Hi Holly,
Just wondering - with homemade bread, is the texture/taste similar to the fresh loaves from cedele or other bakeries?
1:05 pm

WF said…
ouh. So that guy you left with is called GB? You make a good couple.

Sorry I did not say hi as I was embarrased. I saw you sitting inside tent during the abs challenge.
1:05 pm

Holly Jean said…
@D- I think we put too much yeast in the first time. But we're using good bread flour... and I read tht we can put in all sorts of goodies like pumpkin seeds.. rye...etc etc..

I am confident we will be able to make real good bread after a few tries.. once we get the portions and ingredients right.

GB doesn't like gardenia and other generic supermarket slices. ANd the bread at swiss bakery is so expensive...

Saw your mount the bike mount on the wall. Do you know how much it cost for each? I had 2 bikes, its occupying the space in my living room! Wish I had one too.

Holly Jean said…
hey LC - this one requires no drilling etc. some japanese brand ( i forgot what).

we bought at Treklogic (some shop tht sounds like this? lol?), on east coast ( Siglap there). and GB paid 200 bucks for it.

one pole can fit 2 bikes.

THEN... his friend told him tht bukit timah selling similar poles for mounting bikes at 80 bucks! not sure where but do check it out as it's a lot cheaper .

Andrea said…
hello! just wanted to say that the pool looks soooo gorgeous! i'm from sg, turned nz-er and now living in norway with my partner. and it's so cold here to swim so your err, pool enticed me a little.

and cool bread-making machine there! can it be timed so that you wake up and it's freshly baked?
8:46 pm

@anon 7pm- hey babe.. how bad can it be tht u dont dare wear a bikini? I think maybe ur too harsh on urself?

U can try weights... focus on shoulders, arms and chest too. toning the area might help. Though i think some ppl get like pouches of fat under the armpit cos it's in their genes... and the only way to really get rid of it is some kinda extraction like lipo (BY A PROPER DOCTOR...not some cheat $ slimming centre ok)
3:53 pm

really makes a home smell like a home. :) and yes there's a timer! hot bread in the mornin!

nadnut said…
hey babe! how much did you pay for the breadmaker? looks fun!

am contemplating on getting one or an icecream maker. heh!
4:30 pm

Anonymous said…
does GB lives in a landed? it looks like a private pool,so gorgeous
4:35 pm

Do you have tips on toning fat thighs? im tryin my best to go for more jogs and running recently. Hope you can help me with it too. Its really inspiring to see your articles and pictures that have really tone body w curves. I want that too. I really need to work on it and im giving myself more time before i go for my bridal shoots next year. Thanks. :)
5:48 pm

@kahliteo- are u pushing ur self hard enough? I don't mean torture... but loong ago, i used to jog (with my bro) in the evenings, and I would never push myself.. so i covered very little distance, tired I will stop.

and tht had no effect on me at all. ( i mean in terms of toning)

Late last year when i had a phase where I was pushing hard at the gym ( this was after mark and i split), my legs/butt would ache the next day and i wld need a rest day from the gym every alternate day. And i could really see the effects.

so if ur not "feeling" anything, you prob won't see anything either.

now i am getting fatter. (have not been swimming/gyming much this year at all!) So i think i will start running.. will update u if there's effect or not.

D said…
Thanks! Do let us know how subsequent loaves go :)!
It's a toss-up between breadmaker or ice-cream maker for my kitchen. Do I need either? Noooo. Will I use either? I can't confirm that haha. Aiyah..decisions, decisions
8:22 pm

Holly Jean said…
D,
only done white bread so far.. and the last one, according to GB tastes better than what u can buy here in SG. ( I am not really a bread connosieur, however u spell tht... so i cannot vouch for tht. bUt i can say tht it does taste good. and yummy. just put less yeast in, otherwise it comes out cakey)

Would like to try other bread... must go look up recipes like honey oat bread and stuff...
10:19 pm

Anonymous said…
actually you already revealed your boyfriend's face in one of your hungary pics..
1:13 am

Holly Jean said…
i know. :) but tht was a small side profile pic... while he was driving.

He allowed me to use tht pic (unmasked) becos from tht it's unlikely u cld pick him out from a crowd.

But all the clear face pics he requested tht i block his face out.
11:34 am

Anonymous said…
I like this site. Really nice place for all
9:39 am

Holly Jean said…
the bread flour and yeast (use less yeast than the recipe asks for! otherwise bread comes out cakey!) u can get in the baking goods section of cold storage.

if ur Breadmaker doesnt have a recipe sheet.. try googling for one (key in the make and model of ur machine too).
5:02 pm