Can You Forget How To Be In A Relationship? 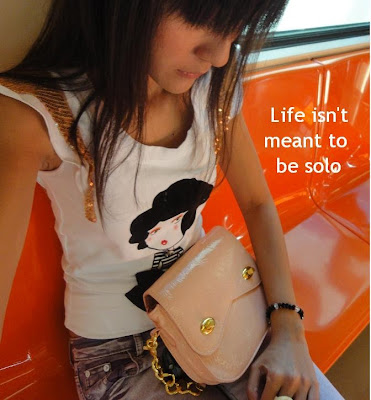 (I know some of you are reading this thinking... ok, she's talking about relationships, I bet she's going to mention Mark at least once in this post. But surprise surprise, I will not.) 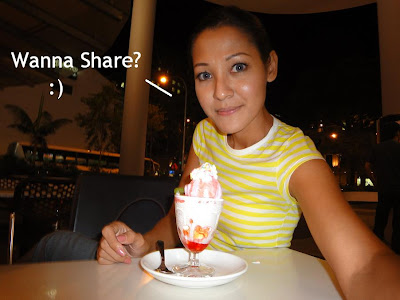 Now, some people (like me, I think), take to relationships like a duck to water.
I like to share. (Things, Food, Emotions, Experiences)
I think for two people without much effort (I make decisions intrinsically bearing in mind my partner's feelings/preferences as well, along with my own).
I naturally got my partner's back (meaning I look out for him, won't let him fall... be this in life, or a simple social situation like a party).
I like feeling like I'm part of this "team".
All this is pretty much effortless when I find someone I feel enough for.
But for some single people, they create a "bubble of Self" around them, this is natural, I mean if you have no one that cares for you as much as they care for themselves, then you really need to look out for yourself right?
But after being single for some time, the membrane of this bubble toughens... sometimes to the point that it's impossible for anyone to penetrate it or be included in that bubble anymore.
People like that tend to lean towards being self-centrered, selfish, and even appear inconsiderate at times. These are some of the traits which make relationships impossible in the long run (of course there are plenty more traits that make relationships impossible too.. like, say, erm, psychosis!)
Does this make any sense to you? That some people can forget how to be in a relationship altogether? And for some people, it will take a while before you can penetrate and be included in their bubble?
Let me know your thoughts on this.

Kuen said…
More like i'm scared to be in a relationship, till i find the right person. I always wonder if she will be the one? Will she make the ultimate sacrifice for me? It can be really disappointing when the person you expected to be is not what you eventually found out.

Anonymous said…
Hey, I think i do agree with the statement that it would take quite awhile for someone who has been single for long to adapt to being in a relationship again. Well,thats because i feel like it is saying what ive been trying to relay. Its been quite some time since i last been in one. I didnt even know that someone is interested until a friend of mine have to point it out. -.-" LOL
4:48 pm

brandon said…
So true! I'm out of r/s for 1 year plus. I am actually happy being single. Carefree and not restricted to anything at all.
I guess I'm slowly forgetting how to get back into a r/s...
8:58 pm

Anonymous said…
this is so true! When my bf and i started dating, he was single for 5 years plus and he didn't really know how to treat me i.e he didn't buy me flowers, celebrate anni.,talked to ex-gf often. But, after awhile he's getting much much better!
1:16 am

white top with girl was from IROO at marina bay sands
9:18 pm

I was single far longer than most men because of failed relationships.

I gave up for along time, and my social skills suffered.

When one is hurt repeatedly, and drops out of even looking, it takes great effort and special women to help a male realize that he was not the only reason relationships did not work.

I have been happily married now for many years!

Anonymous said…
I think remembered in technical how much sacrifice was involved in a relationship. He didnt' forget. That is what we really meant.
10:40 am

SingingCoconut said…
Being in the a relationship, it's so unpredictable. People love to say what goes around comes around but not really in the case when it comes to love. The world is unfair and as what you said they are selfish people that easily take things for granted. The most important is to be ourselves as we'll never know what's coming for us
3:07 pm