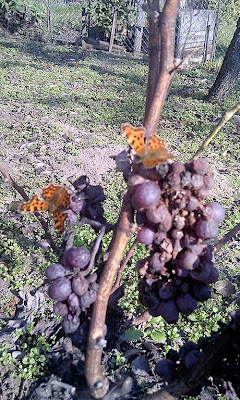 If I post any more Hungary pics on my blog, I will vomit. (if you want more, there are pics in my facebook album) 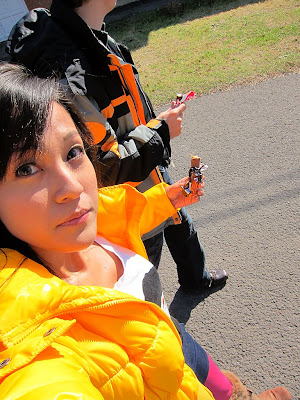 Our last day in Hungary, we walked to the railway station and took the train to budapest. GB loves this choc bar called Turo Rudi, which is chocolate coated cottage cheese. ewwwww. I don't like cottage cheese. I opted for a snickers bar instead. 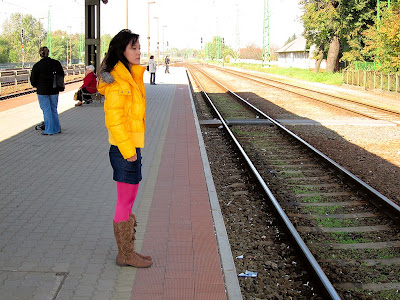 I was warned that the train wasn't pleasant and only the poor took these trains. But I found it exciting, especially since I've never been on a proper rail train before. Took 1 hour to reach Budapest. Which is great, considering it takes us an hour plus to drive there anyway. 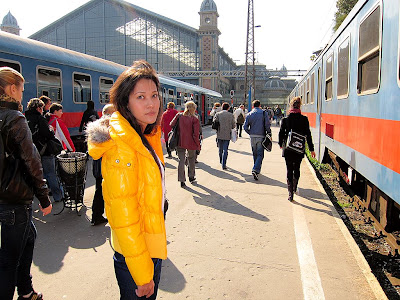 Yeah, the seats looked grotty, and halfway through, I even thought to myself, "Do I feel itchy because there are mites? Or is it just my imagination? Never mind, I'll just burn my clothes later if I have to." Anyway, having taken the train there and back, I can say that the trains are fab... and not that disgusting lah (no mites either). All Aboard!!!! 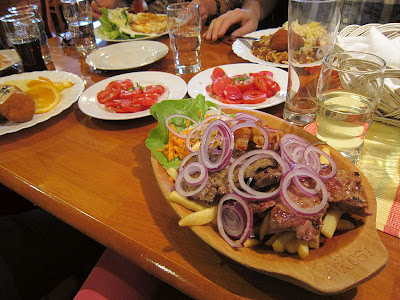 Hungarian meat platter... I didn't eat everything... yet I still smelled of garlic till the next day man, it was oozing out of my pores. Phwoah! 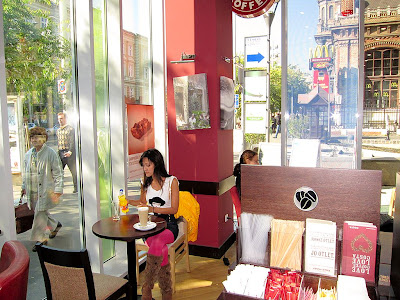 At Costa coffee place... (even though I ate bread in Hungary) I still didn't drink any coffee or hot drinks there... I don't think this will ever change... 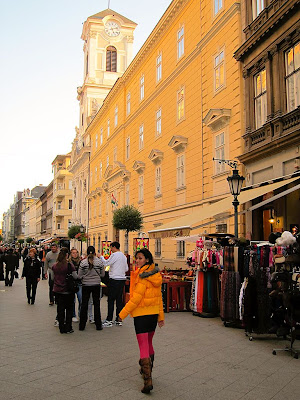 The most colourful thing on the streets of Budapest that day. Oh well. 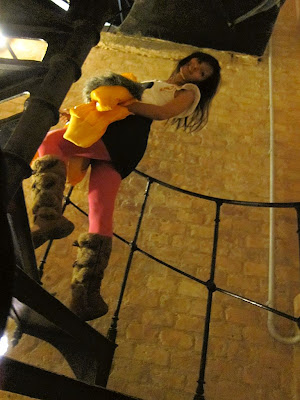 Climbed a shit load of wonky stairs to get to the top of a church which overlooked the city. 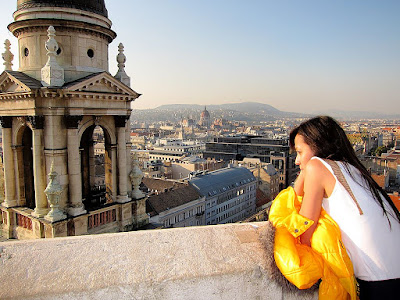 The view was well worth the climb. The church was named after the first King of Hungary, St István. He brought Catholicism to Hungary. And his severed right hand is kept it this church as some sort of relic (major EWWWWW moment for me). 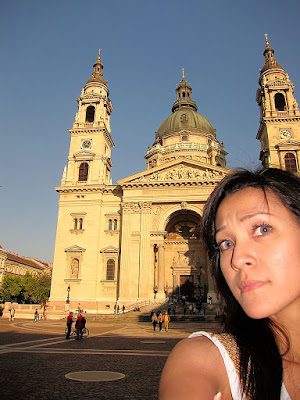 I like the name István by the way. Pronounced EESHT-vahn. Maybe if I have a son one day, I might name him that ( I know.. I know... tacky! Maybe I'll just use it as a middle name). But it sounds like my father's name (Ivan), even though István actually translates to Stephan. 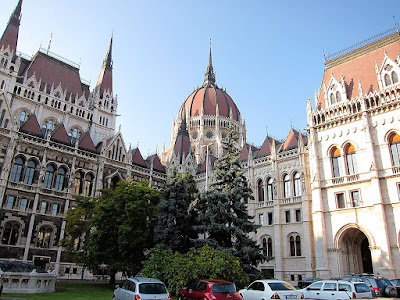 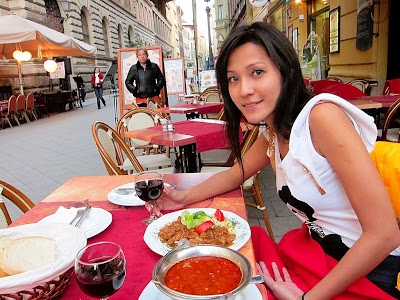 Then we stopped for Goulash and wine... (our 2nd month anniversay!!) 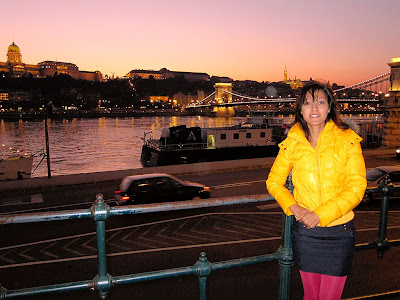 Then as the sun started setting, we continued our walk through Budapest... 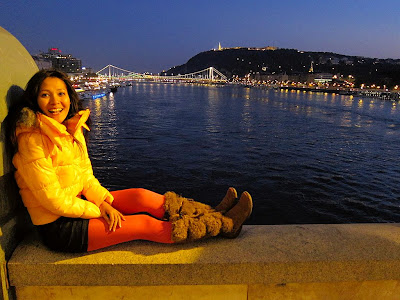 Over the chain bridge... 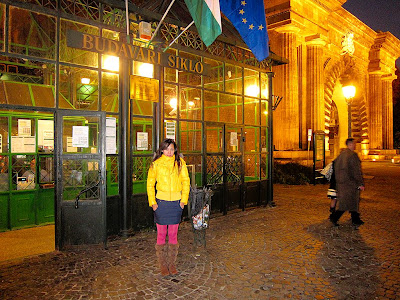 By the time the sun had set, we had made it all the way to the Budavari Siklo. 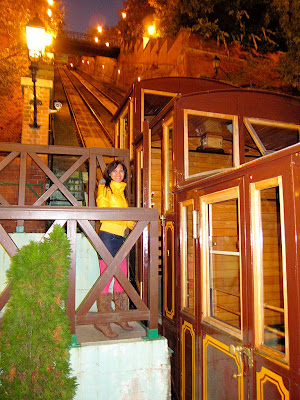 We took the tram up to the castle at Buda. 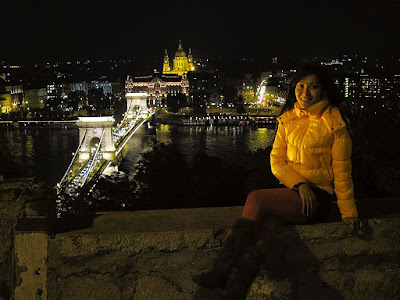 That's the bridge we crossed (background)... 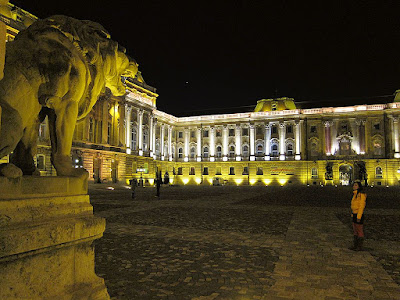 Everything is so rich.. so opulent... not something you expect from a once communist country. 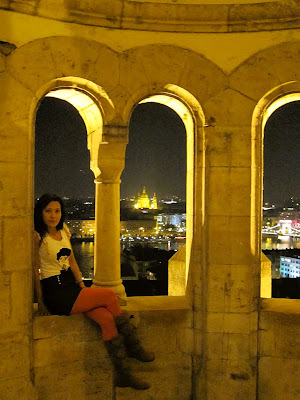 It was such a romantic night (if you overlook the fact that we rushed through some of it because we had to catch our train back!) 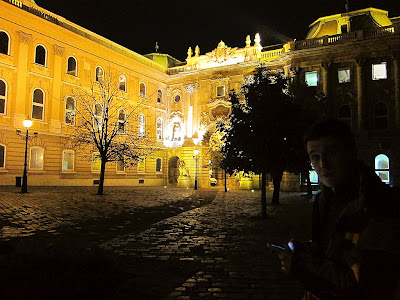 Autumn is a beautiful season... 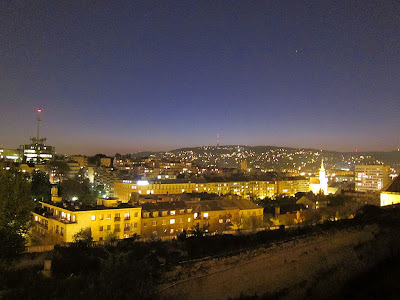 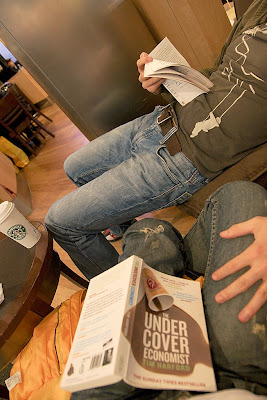 Flew back via KLM, with a short transit at Amsterdam. I love how GB puts his warm hand on me even though we're sat there reading our own stuff. Makes me feel so close to him.
(Tip for men- try that move on your girl too, like a loving comforting touch that says I'm right here babe.. not a possessive grip of course)
Well, anyway.... I am back in Singapore today...
(p/s- thank you for sharing Hungary with me GB, bestest birthday present ever! ... so far... hur hur hur! Kidding! Really bestest!)
(p/s again- I know there's no such thing as bestest)
Ok thank you, bye bye.

Looks like you enjoyed ur trip! Just wanna let you knowI enjoy reading your blog because you are always so consistent in posting, and it is not always cluttered with advertorials unlike other blogs. Btw, you still havent said what camera you used for your Hungary pictures! :(

I think i mentioned it in a previous comment...

it's a canon s90. but colours are nice cos my BF post processes the pics
1:39 pm

Anonymous said…
Thanks for good stuff
11:51 am