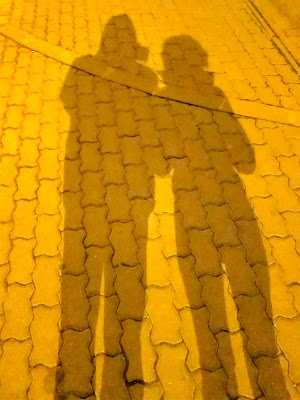 Our shadows on the way back from the pub down the street. 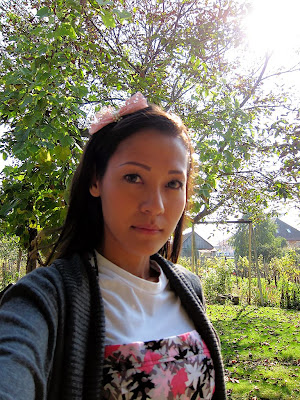 In the garden on a crisp morning. 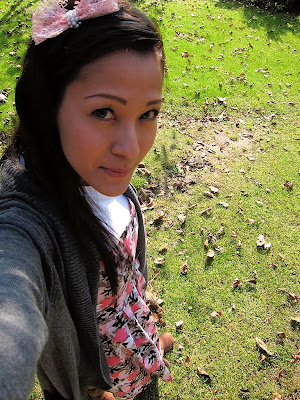 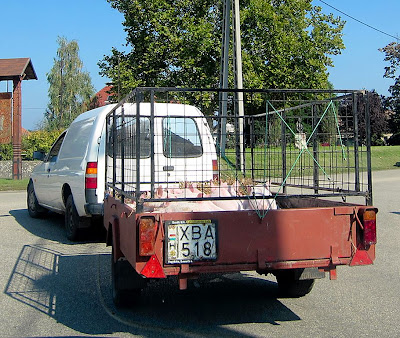 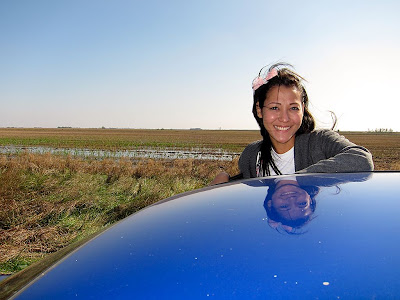 On the way to the mountainy bit of Hungary, Gyöngyös. 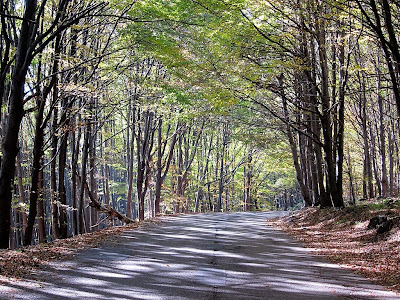 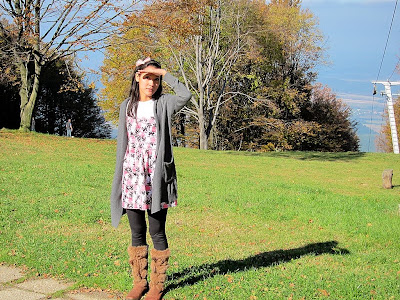 My outfitt for the day: random white t shirt, grey cardi and print dress from theblogshop.sg, black tights from uniqlo, and boots from Aussie. 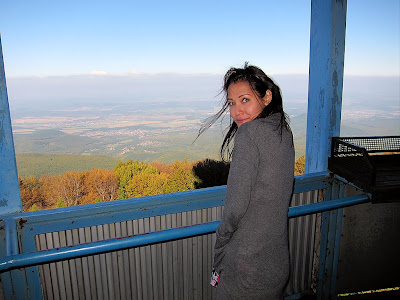 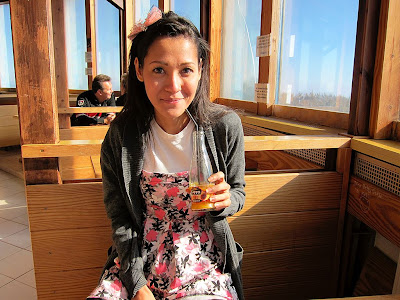 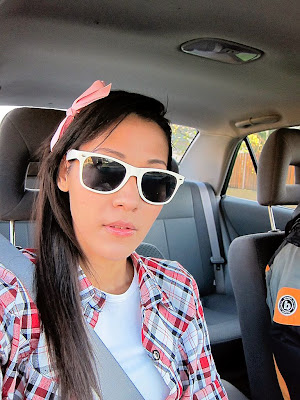 Different look for the next day... Different bow in my hair, another random white t-shirt, checked shirt is from SundayNine, shades from Cotton On. 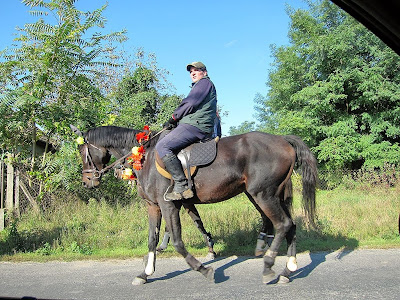 Driving past a harvest ceremony in a village. 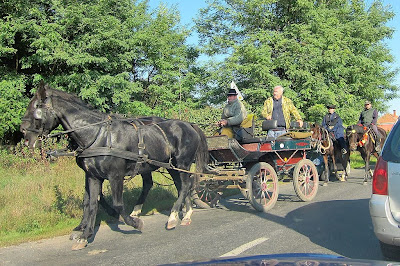 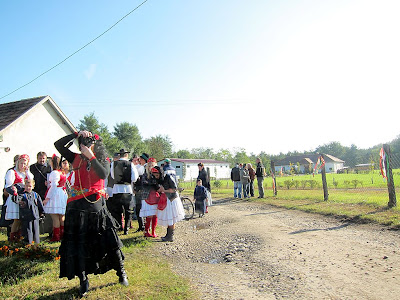 Wah.. this peasant's camera nicer than ours. 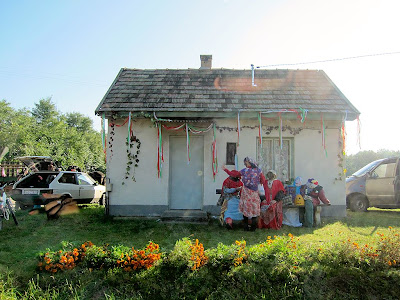 Such a colourful occassion... 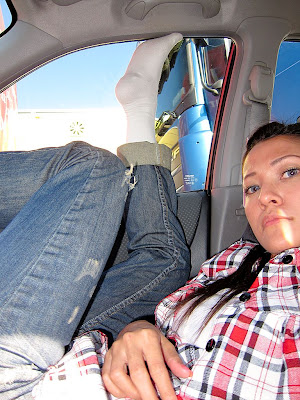 Then we hit the motorway and got stuck in an epic jam. 2 hours to get through a 10 minute stretch of highway! :( 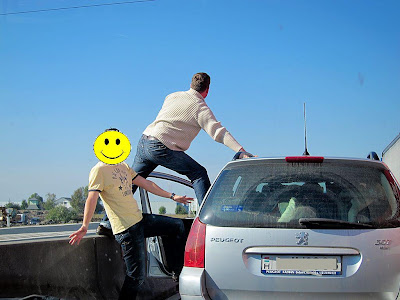 GB's best friend Robi was in the car infront of us. He was trying to see how far the congestion stretched for. (Wasn't good news) The Smiley face is GB, being a clown. :) 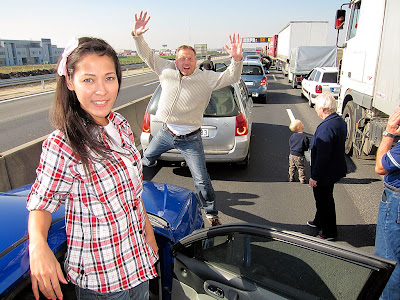 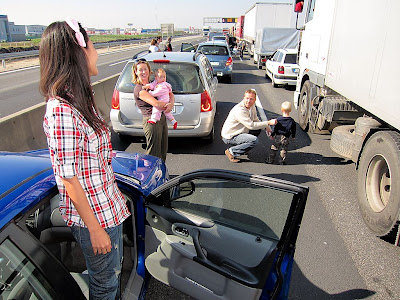 Traffic was at a total standstill... btw, that's Robi's wife and 2 little ones. We were all on the way to the Oceanarium. 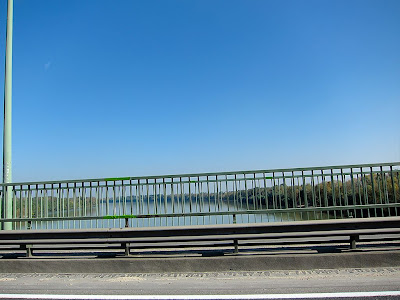 For those worried about the Toxic Mud (pseudo environmentalists included), don't worry, the Danube is looking fine. 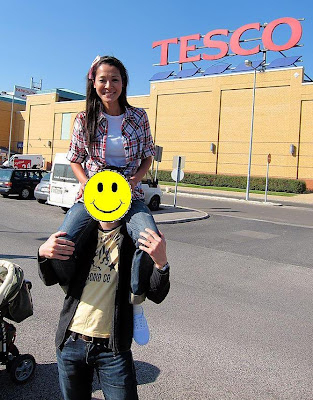 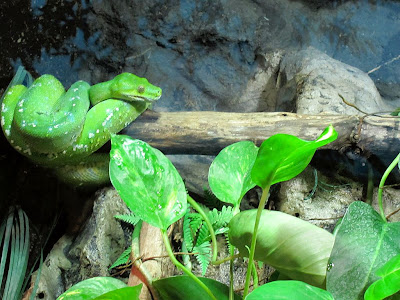 I rather touch a snake than a frog anytime btw. HATE frogs. Eeew! 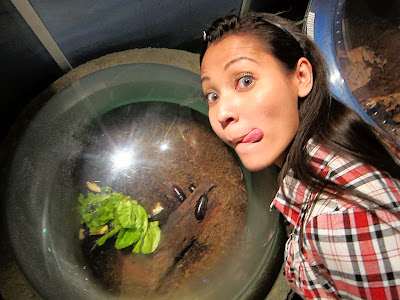 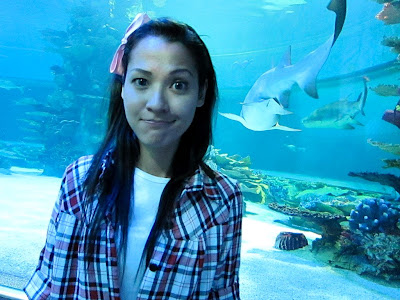 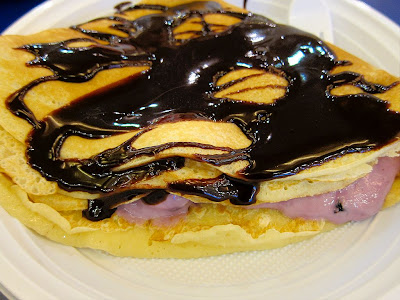 More food after... Waffles with a flavoured cottage cheese filling.. (too sweet!) 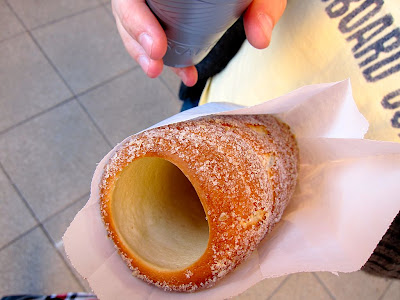 I can't remember what this is called. But quite nice tasting... 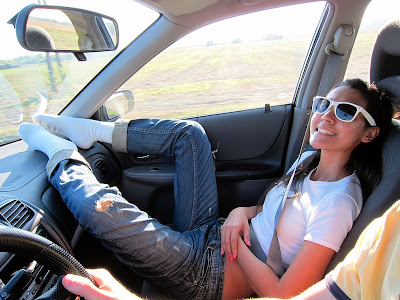 V said…
Yea HJ I noticed ya looking really fine lately! Very natural, fresh and pretty. I don't know if it's the season cos cold season can give one a more flushed look but if what GB said is right, that ya putting on weight, i say don't look back cos ya looking better than ever!

I'm one of those thin gals who eats like a horse (carb or whatever... 5/6 full meals a day on average) but never gains weight yet easily loses it thus thats why I have to maintain my big appetite. You can't imagine how much I wanna get bigger, well just slightly bigger really lol.. Super sigh.. But anyways ya looking lovely and youthful, maintain it!
5:47 am

Gwen said…
"(BTW, GB says I have gained weight after being here a week! I've also been eating bread and Carbs! Eeeekkkkkkkssssssss!)"

Why the 'eeeeekkkkssss' if ur reason for not eating carbs was due to NOT LIKING IT and not because you didn't want to put on weight??

Anonymous said…
how did you meet GB? tell all :)


@anon6.45 - the pic which showed his face before was a small profile shot.

The ones which clearly show his face I have to mask. He doesn't want to get recognised in public etc, he's a private kinda guy.

------------
@ Gwen- Eeekss I am beginning to like the taste of bread. Its the same as with soda/coke.. when I was a teenager, I never drank gassy drinks, hated them. Then I had a BF when I was 20, who ONLY had coke in the fridge.. no cold water etc. After a very short while.. I started to LOVE fizzy drinks, and I still drink it everyday now. Shit!

Anonymous said…
hello whatever weight gain you had is making your face look awesome! you look great. i mean it. but your arms are still skinny (which is very good). have fun in hungary!
12:10 pm