He's Not The One

on September 17, 2010
When it comes to picking a man, there are some things I wish I would have realised when I was turning 20 instead only just now... as I am turning 30. 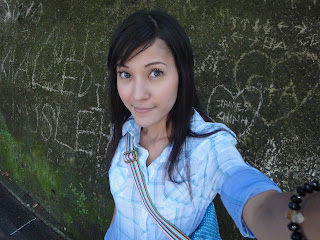 Anonymous said…
That's a lot of points to take!! But i would still say some of them depends on the situation.

This brought to my mind something i would like to ask. Suppose the guy seem to be everything you wished he'd be, would you ask how about his educational/financial status? I had friends who were into relationship and when everything seems right after a while, she found out he has been in debt for the past few years. Not to say he is a bad guy.
1:22 pm

M said…
How about if your bf's parents cannot stand the sight of you now? Like they dont even bother being civil towards you. Instead, they're just downright mean and disrespectful towards you. And your bf has never taken the time or effort to introduce u to his parents as his "girl friend" even though you've been to his place many times.

I'm in that situation right now. And of course it hurts when his parents are mean to me or treat me like some sort of hooker when I go over.

Anonymous said…
whr do u find so many men to date n dispose? r u with a matchmaking agency?
9:01 pm

Anonymous said…
holly - thanks so much for this post. i definitely need it! i am so afraid to 'throw' away my recent ex, we dated for 5 years before i finally decided it was the last straw but somehow i am still holding on. but now - i think i will slowly and definitely do it!

grats on the new guy! i hope i will be able to find mine soon. to be back in the dating field sucks ):
1:36 am

I like your photo. You looks natural sweet
10:36 pm

Hani Blythe said…
totally agree with the last one -spark! :)

and don't worry Holly, I live in a fairytale lalaland kinda thing too ;)
1:24 am

Holly Jean said…
@anon1.22- well.. educational status.. like whether he has a degree or not.. doesn't matter. What matters is the kind of person he is.. and u can figure tht out in conversation, without having to like look at a report card! If he's stupid etc it will surface in conversation.

Regarding financial status... I think tht IF he is in debt.. I mean heavily in debt.. not like a car loan or something... he shld volunteer this information within the first 5 dates or so... as things start to get serious. otherwise, it would be like he's hiding it on purpose. If it's going to affect your life together with him, he shld tell you abt it. not like.. plan to get married.. then say, oh by the way, I have no money, and now you have half of my 100K debt. Cheers! :)

so if he delibertaly hides something like tht.. THROW HIM BACK IN THE POND!


@M- I had a Bf before whose mom didn't like me. I still put up with it. THough now, in retospect.. wat a waste of my time!!! You see, if the parents are fucked up, you cannot penalise him for it. So I would stick by my man. BUT if he's some momma's boy, or doesn't stand up for you, he's just as fucked up as his parents... then he's not someone who makes a good partner anyway. THROW!

@anon9.01 - pls dont get the impression tht DISPOSING of people is fun and is a hobby. It's not. But this blog post is to tell people, NOT TO BE AFRAID to let go of the ones who are not right for you. Don't stick and hold on to something that is not right for you.

Men (and women) are everywhere... facebook, on the streets, friends of friends, my blog, I was also on match.com for a couple of months earlier this year (not a bad site, good pool of ppl)...

iambridget said…
Ahh sounds like wht i did for my past relationship.

You are so right about these. I think my ex had alot of those "issues"

seeing u getting it right with GB now. Gives me more hope to finding my Mr right =)
11:52 am

angel said…
may i ask what is your ultimate goal in dating all these people? are you trying to find your soulmate and get married?

my dream has always been to find my soulmate. i know how corny that sounds, but it's the truth. i don't like dating around though. i guess i'm a bit insecure and am not comfortable around new people. so i have a tendency to stick with a familiar guy even if i feel like he's not the one. sigh.
6:53 pm

Holly Jean said…
hey angel.. i dont know about soulmates.. but i was looking for someone tht was right for me.

i know we all have to compromise... but sometimes it's better to take longer while, hold out and wait for someone more "right" than others. So i dated so many men... searching for this one man who was much more "right" than the others because i did not feel i had to settle for someone not quite right.

first dates can be hard.. but really.. just go out thinking - it's just going to be a nice dinner/ coffee/lunch .. and a nice chat with someone new and interesting. if it bombs, I will just have wasted an hour or 2. but if i dont do this, then how will i find that right one!?

Anonymous said…
That's great and all, but kicking people away from you if they make mistakes or act a certain way isn't what you'd call a competent strategy for finding the right guy. If nothing you'll just become bitter and alienate everyone right away, whether you're smart enough to tell if they are a decent person or not.

Might try getting some religion or guidance in your life and then use that as criteria for dating. You'll probably have more success. Just sayin'.