Are Muscles A Turn On?

on April 05, 2010
You know... for the longest time ever... I would have said YES!
But now... I'm not too sure.
Strength is definitely a turn on. I remember... one of my earliest dates with Mark, we went to the Supperclub and of course their dinner set up is on the white beds... when we were going to the toilets, Mark stepped off the bed first, and before I could step off, he grabbed me by the waist using just one arm, and had enough strength to scoop me off the bed and land me gently and slowly on my feet. I know that vocabulary fails me now, and it doesn't sound like much... but trust me, it was impressive. Even the DJ whose console was close to our bed went "whoah!" And nearly 2 years later, I still remember that moment in slow-mo.
But muscles? I think men with well defined bodies can be very attractive but I definitely do not like the huge steroid looking muscles on men.

In a potential partner, I think a Good sense of humour is a pre-requisite. Intelligence is a definite turn on, I get turned on when a man can tell me stuff I never knew (I think it's my schoolgirl-teacher fetish kicking in). Or if he's good at trivia ( like pub quizzes or Trivial Pursuit) it's a huge huge plus.
I am not attracted to (very)short or scrawny men. I like the sense of security I get when a man is much bigger than me. Height and broad shoulders are mega turn ons. I had a date yesterday with R. And when I kissed him goodbye (on the cheek!) I actually had to tip toe! And you know what? I actually liked that!
It's still waaaay to early to say anything about R. Only the third date so far. So don't bother making assumptions or whatever.
I don't like guys that are too muscular... a little bit is fine but most guys either don't have any muscle at all or they overdo it.
ANSWER THIS QUESTION!!!!
Which would you go for if you really had to choose one extreme? Everything else being equal ( meaning they're both of equal personality and intelligence etc)
Would you choose a man whose ribs pop out like E.T.? or the man who is full of Steroids? 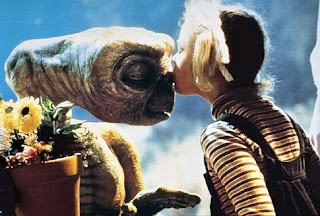 Quick choose one. I'll tell you my choice later.

kycat said…
haha... do tell us your answer HJ!

J said…
I dont really see the point of choosing between extremes cuz it nv happens in real life, but anw i'd pick the muscular one cuz reed thin guys are just not attractive.

Then again i rather that the guy is plump (ok fat) than overly muscular with steroids. That's gross too.
9:29 am

Anonymous said…
So S got kicked out of the picture now?
10:04 am

Anonymous said…
I like skinny, lanky men. probably because I'm pretty small myself. haha, and it's just you and your adorable schoolgirl-teacher fetish when it comes to guys who rule at pub quizzes and trivial pursuit.

can't wait for your answer.

UL said…
if the only different b/w the two is the muscle mass (or lack of), I'd pick the steroids guy anytime :)it's my primitive instincts kicking in, his muscles can def be put to good use. loL!
10:58 am

Have you thought of seeing Mark in a different light? He is the man who broke your heart TWICE, doesn't seem to have the tenacity to preserve on in the relationship & work out issues when it's clear that you are wanting to settle down with him or be magnanimous enough to forgive & forget about the petty little quarrels you both had. Every woman deserves a "Mark Darcy" (from Bridget Jones' Diary) who loves her just as she is.

This way, you can move on "properly" and not pine after Mark, the guy who doesn't have what it takes to work out issues with you to be with you. In short: He is just not THAT into you. If that's the case, you should move on happily & find your "Mark Darcy"
11:07 am

I choose steroids! Not that I like the beef up look, but it's better than someone who is weak. I think the boys on Jersey Shore aren't that bad looking!
12:04 pm

Anonymous said…
I can understand your little but impressive experience with Mark. :) One of my ex would sometimes pick me up without warning and deposit me somewhere else. The effortless way he did so was a BIG turn-on for me (esp since I am not thin :P).

As for choosing between over-sized muscles or skinny-bones, I would prefer the muscles, at least I get something to wow over even though they are not my favorite size. lol.
12:32 pm

Anonymous said…
WTF at least the skinny guy is natural.. the incredible hulk look is so fake and not normal
12:53 pm

celestina said…
People,
The question HJ posted was 'Would you choose a man whose ribs pop out like E.T.? or the man who is full of Steroids? '

So it is not jus thin, thin. its RIBS POPING OUT! And not jus muscular but FULL of steroids! (by te way te photo enclosed is horrendous!!!)

in fact both are a turn off, but if really got to choose 1, ok i would take te steriods :s

really cant stand man who appear like a pack of bones..
2:19 pm

i rather be alone cos they are just too extreme =(

i will get intimidated by guys who are too big cos im pretty petite and i will feel fat when im beside a guy too skinny. lolx

Anonymous said…
Definitely skinny... because men who are taking steroids at that magnitude and duration are gonna have lots of health issues later in life and I don't want to be paying for his medical bills hahahaha.
4:13 pm

those guys whom u think are "potential" are really not that into you. asking you out DOESNT mean they are dating you!

gal..mark has definitely gotten you, given the fact that he can listen to your ramblings and give you advices.

and you definitely dont need mark's advice. you are just "testing his reaction". you want to find out if you still mean something to him but sadly, no. and you are just trying to show him that there are many guys dating you to prove your self-worth
6:15 pm

Holly Jean said…
@just a thought - oh.. I dont want to get back with Mark... it didn't work out the second time round and we both tried.

He didn't break my heart, my heart is still intact :) no worries. I'm just sad cos in many ways we are very comfortable and suitable for each other yet in some ways, we are flawed ( I don't mean him, I mean both of us). And he feels the same way too. Not as if he's some bastard who selfishly broke my heart and dumped me or something like that :S it was a conscious decision that both of us discussed for many many weeks.

I guess we have to keep looking for our match ( yep.. the Mark Darcy !).

@anon 6.15 - oh dear. there's so many things I don't understand. Firstly - When you say "those guys whom u think are "potential" are really not that into you. asking you out DOESNT mean they are dating you!" Who the hell are THOSE GUYS? You mean the guys that ask me out? ANd when you say asking me out doesnt mean that they are dating me??? where in the world are you drawing these conclusions from?

And, I really don't think you're the best person to judge how Mark feels... whoever you are.
11:47 pm

Holly Jean said…
Ok my answer -- I HATE BOTH but if I had to choose one..
I'd choose the super muscular one.

Skinng guys put me off.. I don't like my partner to be smaller than I am.. it doesnt feel right and it's a turnoff too.

I would prefer if his bicep were not thicker than his waist! But I rather that anytime.. then someone who doesn't even have a bicep.
11:49 pm

Jasmine said…
Were you wearing heels when you kissed R on his cheeks?
12:07 am

Joey Anna said…
I like lean muscles on both male and female.
1:41 am

thy said…
ET! its better than getting squashed by a steriod muscle man hahaha. plus im real thin, so its okay to get ET than a man like the other.. ewwl!
7:34 pm

heelsinspringplease said…
Hj can u do a post on strutting around in heels please?????? Spring is here n im dying to wear heels but im one of those who just cant cos i ll get blisters or torturous aching feet. I seem to see some gals shopping for hours in heels in comfort. You seem to wear lotsa heels too. Whats da secret????
1:19 pm