It's A Pick n Mix

Presently - You can determine the sex and detect serious genetic diseases in the foetus.

Within a decade, it may be possible to manipulate babies before their actual conception for attributes, such as how tall they're likely to be, what body type they will have, their hair and eye color, what sorts of illnesses they will be naturally resistant to, and even, conceivably, their IQ and personality type. 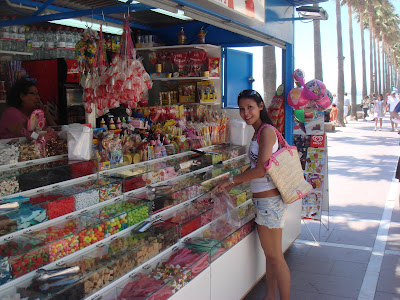 This possibility of being able to literally Pick n Mix a baby... Makes me wonder...

If everything can be pretty much crafted in a lab. Is it right to manipulate your offsprings genetic make-up? 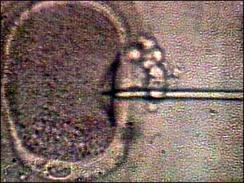 When the world first learned about IVF two decades ago, it was horrifying and unnatural to most people. But growing demand has made it socially acceptable, and now anybody who's infertile (or not) is interested in IVF...
I've been watching a lot of Jon&Kate plus 8... and even though the thought of having sextuplets is not the least bit attractive to me. To tell you the truth, I want twins. One boy and one girl. And if I left this to nature....quite frankly, I'd have better odds at spawning a baby with an extra toe.

Since IVF isn't such a taboo anymore... and it's pretty advanced now, I'm thinking.... why the hell not.

Since we have no problems with fertility (not that I know of anyway!), we'd use our own genetic material (sperm n egg). And of course, I would opt to have the foetus screened for major genetic illnesses. I think we all should, since such technology is available to us.
But then... the next thing is... if it's ok to manipulate a pregnancy (through IVF) and implant multiple fertilised eggs into my womb, then why not manipulate the aesthetic as well.
When science allows you to choose how your off spring will look and even choose its personality. Would you do it?
Or just leave it to nature? What happens when it comes to a point where everyone with a bit of money opts to give their babies the best start with genetic manipulation (aesthetic or otherwise)... would a plain and genetically unmodified child be like a second class citizen? A blemish in a pool of perfection.
We've seen Gattaca... where Ethan Hawk was born with a heart defect, and was denied so many things because of his wonky genetic thumbprint. Yeah in the movies, he rises above all this, takes Jude Law's identity (genetically unflawed) and goes on to be a pilot. But in reality... how many people would be able to go against such odds. Real life's a bitch really.
.
If I left it to nature, wouldn't my child be at a disadvantage compared to his genetically elite (albeit modified) peers (!).
.
What do you think?

nat said…
no, of course not. my child would then look like any other "artifically altered" child on street and he/she wouldnt be my special one :D
12:28 am

Anonymous said…
I wouldn't mind being "altered". the I could get my fathers nose instead of my mom's! SO FLAT and wide :(
12:29 am

Anonymous said…
no,I would want my baby to be a mix of me and its father,even our flaws should be in that mix. I like the idea of a baby coming out the love of two people, you should see yourself in your child. I also think its wrong to mess with nature, when you get to decide about another persons personality or how they look, you're going too far, In my opinion of course..

I really like how you wrote this piece and the Gattaca-remark.you made me really think about it. =)
xx
6:08 am

girl in the flannel pyjamas said…
Isn't 8 kids octoplets?
9:24 am

Anonymous said…
they have sextuplets, and a pair of twins. so total 8. but 2 batches. through IVF.

is my favourtite show on discovery health
9:30 am

Anonymous said…
i think tht if u can afford such things... then go for it.


it's much better than having to CORRECT something after the baby has been born.

for example caner. or personality disorder. if u can fix such risks in the genetics while it is a foetus, then you should.

what's with all this AU NATUREL nonsense... and "SPECIAL" thingy?? If u help your baby to get the best it can... doesn't mean its no longer special what.
1:29 pm

big head said…
i think its a no brainer - if you can improve the prospective quality of life , be it physical or intellectual of a child by manipulation prior to birth - surely you would do it - after all if the child was born with a defect you would be prepared to do anything to correct it - what;s the difference ?
Luckily its not a problem for ,me I;m great looking and a genius lol
7:36 pm