I Don't Need YOUR Sperm! 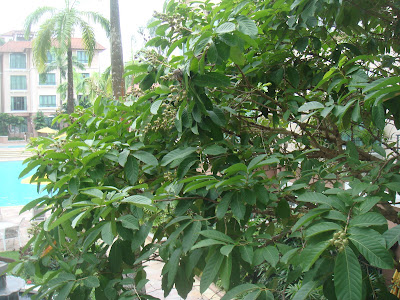 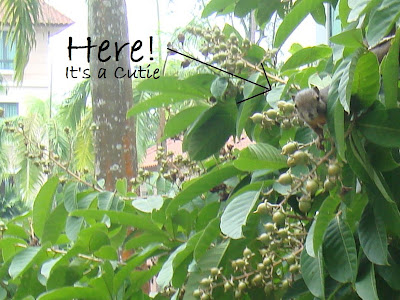 It hasn't got a name (yet)... but this squirrel lives in the tree just outside our bedroom window. Looks so cute and friendly... (but probably rabid. haha)
:)
I also paid my income tax today (boo!)
---------------------
You know, it's uncanny! But just 2 days after I wrote It's A Pick & Mix (about genetic modification of foetuses)... the news revealed that it's possible to create sperm from flesh! (ok... maybe I exaggerate... it's probably from your stem cells rather than a chuck of meat off your arm)

Can you imagine the possibilities? Men would no longer be needed for procreation. (Can you hear the feminist lesbians cheering?)

And the way the world is, it really seems to me that women were just keeping men around to ensure the survival of the human race. We let them wear the trousers because they were one half of the procreation equation.

Seeing that I'm not a feminist... nor a lesbian...

here are things I will truly miss when men are extinct.

10. Someone to open my Jars/ bottles...
I was at Downtown east last week. thirsty. Bought a bottle of 100plus, but the cap was jammed! I didn't ask any guys to help because either they were puny looking or had girls (I didn't want to look like I was trying to flirt)!

8. Someone to snuggle up with in bed or on the sofa...
it's just not the same with a dog or another woman

7. How a man puts his hand on the small of my back...
I distinctly remember the first time a man did this. I must have been 17. On a date and we were about to board the bus (YES.. we took the SBS bus on a date, plus he was already in his 20s!)... anyway, as we were boarding, he put his hand on the back of my waist, to gently guide me up the bus first. I think the magic of that moment actually made the date seem better than it really was.

5. A Hard...
Body. I'm attracted to a hard body. Men and muscles... not only do they look good but they can also lift heavy things for me.

4. Skills in Bed...
Just not replaceable with anything mechanical (yet)

1. Someone who makes me laugh...
I mean... I love my girlfriends... but in general, women aren't as humorous as some men can be.


What would you miss if men were extinct?

(tomorrow... top 10 things I wouldn't miss if men were extinct!)

Anonymous said…
have you snuggled up in bed with a woman then ?
12:09 pm

Celestina said…
hmm... to add on, below are some of the tings I will miss about my man : )

do u stay near the botanical garden?
3:52 pm

Holly Jean said…
hmmm... no.. not tht near tht the squirrel could hop over from there :)


sorry if I am being a little cryptic... just dont think it's a good idea to mention where I am.
4:30 pm

What I would miss about my man is the tingles that I get when he looks at me. No woman can give me that feeling!! Except, they would be shudders instead. :S
5:51 pm

Anonymous said…
it can only be a matter of time before a synthetic man-made womb is developed.

Anonymous said…
"And the way the world is, it really seems to me that women were just keeping men around to ensure the survival of the human race."


What a load of fucking nonsense. And offensive too.
8:18 pm


tongue in cheek dear.... it's a playful jab at the boys... not meant literally

I thought tht was obvious. sorry if it offended you
8:24 pm

Anonymous said…
what happen to someone you can love and pamper?
10:53 am

Holly Jean said…
:) of course I wouldn't want a world without men.

I'm much too happy in love.

Just discussing the topic in a light hearted manner... and throwing bits of thought out at ya.
11:55 am